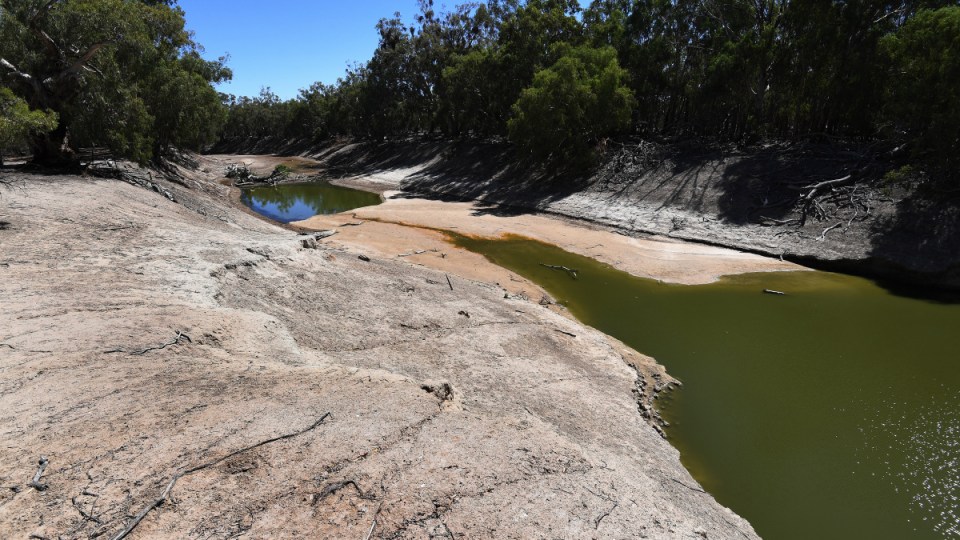 Hundreds of billions of litres of water is missing from the Murray-Darling Basin, according to a new report.

An Australian National University study claimed the federal government had grossly exaggerated the amount of water being returned to the system via water savings.

The recovered water was meant to boost environmental flows.

Co-author Professor John Williams said the lack of water may be a contributing factor in ecological issues affecting the river.

“The government thinks we’ve returned more water to the Murray-Darling than in fact we have,” Professor Williams said.

But the government is standing by its figures and irrigators have rejected the new findings.

The article, published in the Australasian Journal of Water Resources on Wednesday, said $3.5 billion of taxpayer money had been spent on infrastructure subsidies to increase irrigation efficiency across the basin.

The government estimated that some 700 gigalitres (700 billion litres) of water had been recovered as a result.

The study produced dramatic new calculations suggesting that stream flows had increased by as little as 70 gigalitres, just one-tenth of the official estimate.

“It means that we’ve spent a lot of money on water use efficiency and have not got the flows back in the river that we need,” Professor Williams said.

Co-author Professor Quentin Grafton said no one was measuring how much water was being recovered by the multimillion-dollar irrigation efficiency program.

“You’ve got a Murray-Darling Basin Authority making claims that there’s all this increase in stream flows. Yet they actually haven’t done the work that’s necessary to work to find that out,” Professor Grafton said.

Chief executive of the National Irrigators Council Steve Whan was critical of the findings.

“Their version of the water that has been recovered is quite different to other academics’,” Mr Whan said.

The study authors said they used the small number of farm level measurements that were available to produce the calculations.

They produced a range of estimates of how much water had been recovered from infrastructure efficiency measures, and 70 gigalitres was a “mid-point” figure.

It found that the government’s estimates of increased stream flows might be out by 630 gigalitres, possibly more.

“The difference is more than the Sydney harbour in terms of volumes of water.”

Professor Grafton said the cost of the water recovered via efficiency measures was potentially 25 times more than simply buying it back from willing sellers.

“That’s like throwing money out the window basically,” he said.

“Not only in terms of the outcomes of the basin, but in terms of tax dollars that had basically been wasted.”

He said the research suggested the problems facing the Murray-Darling river system were greater than previously thought.

The study authors are calling on the government to stop water infrastructure efficiency subsidies until a proper water accounting system was in place in the basin.

Mr Whan said the authors were pushing an agenda.

“There’s always people who want to criticise and say that more water should just be purchased from irrigators,” he said.

“That’s an agenda that we’re seeing many people pushing but it’s one that hurts country communities.”

“It is very hard to accept a single formula for the whole basin which doesn’t take into account the different types of efficiency projects,” he said.

“I certainly acknowledge they’ve tried to look at different issues, like connectivity and where water goes, but they don’t differentiate between types of efficiency programs.”

Mr Whan said the study ignored the fact that buying water back outright could damage Murray-Darling Basin communities and that irrigation efficiencies were an important alternative.

“Efficiency projects are far better for communities,” he said.

Federal Agriculture Minister David Littleproud defended official estimates of how much water had been recovered through infrastructure efficiency programs.

“In October last year an independent panel of experts led by the University of Melbourne confirmed in a peer reviewed study the MDBA was indeed delivering water it claims to be,” Mr Littleproud said.

“Professors Grafton and Williams were invited to participate but declined.

“It is unarguable that 700 gigalitres in water entitlements previously held by irrigators is now held by the Commonwealth Environmental Water Holder.”

But the authors of Wednesday’s paper claimed the government’s report wasn’t properly peer reviewed and the figures did not stack up.

The ABC contacted one of the Melbourne University co-authors, who refused a request for an interview and a comment.

The Murray-Darling Basin Authority also responded with a statement.

It said the basin plan was adaptive and designed to change as new information came to hand and it would be monitoring any effects of future changes in return flows and would adjust things as required.

It said that while it would be cheaper to acquire water through purchase, it was important to remember the plan was about securing the future of not only the basin ecosystem but also the communities that depended on the basin for their livelihoods and wellbeing.