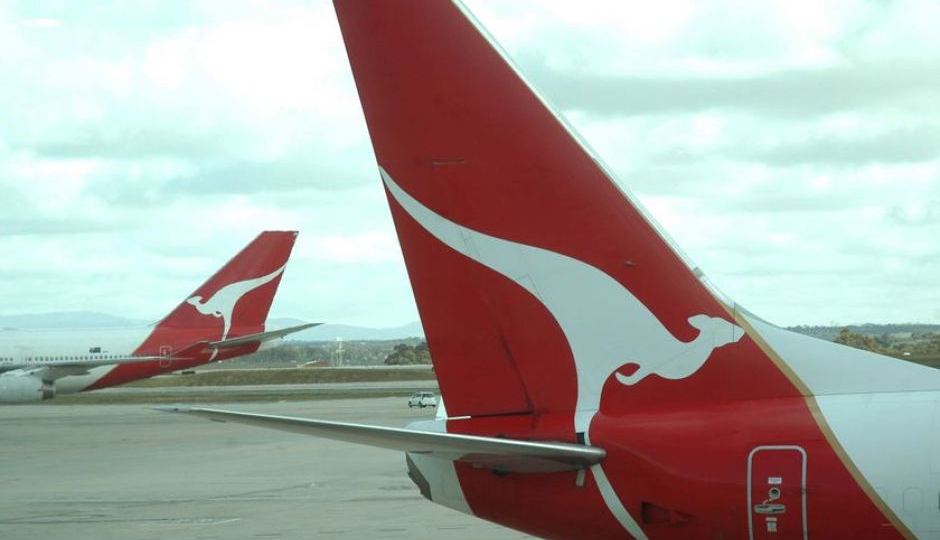 Qantas is playing it safe by steering well clear of the Gulf of Oman. Photo: ABC

A passenger on a Qantas flight involved in a mid-air emergency has told the ABC they heard a loud bang before the plane went into a “rapid” descent and oxygen masks were deployed.

The ABC understands the Adelaide to Canberra flight, QF 706, landed safely just after 8am after being diverted to Melbourne following “reported pressurisation issues”.

Vikki Denny, a nursing director at the Royal Flying Doctor Service, and wife of ABC Radio Adelaide presenter Spence Denny, said the plane was at cruising altitude but made a rapid descent to 10,000 feet after a loud bang.

“It was quite loud where I was sitting but other people slept through it. Another journalist that I recognised on the aircraft didn’t hear it,” she said.

“He was asleep but he certainly woke fairly quickly and we all had to don the oxygen masks and keep them on.

“There were a few people around me who were stressed and a baby screaming.”

QF706 to Canberra this morning lost cabin pressure so we put the oxygen masks to good use while diverting to Melbourne. Kudos to the professionalism of the @Qantas crew with the safety and wellbeing of passengers clearly the priority. Not how I expect my morning to go though. pic.twitter.com/swokDvDXPg

The Australian Transport Safety Bureau said it had launched a preliminary investigation into the incident.

“The ATSB can confirm it has been notified of an occurrence this morning where a Boeing 737 on a flight from Adelaide to Canberra diverted to Melbourne due to reported pressurisation issues,” the ATSB said in a statement.

“The ATSB will gather information into the occurrence before making a decision on whether or not to formally investigate.”

The QF 706 from ADL to CBR dropped 15,000 feet in 4 minutes after a depressurisation. It diverted to Melbourne. pic.twitter.com/plSqcT8DF9

Ms Denny said her many hours of experience as a flight nurse had prepared her for such a scenario, but admitted “it was a bit disconcerting”.

She said it took about 10 to 15 minutes for the pilot to make contact with the passengers following the initial bang.

“They didn’t explain anything as far [as] what was occurring — they said this was an emergency procedure and there was a consistent alert going over the intercom,” she said.

“The whole time we were on descent the emergency intercom was going to remain seated, keep oxygen on, this was an emergency.”

She said on arrival passengers were given access to the Qantas lounge and put on alternative flights.

A Qantas spokesperson confirmed it was a pressurisation issue and said the aircraft was being examined “by engineers in Melbourne to determine the fault”.

“Our pilots and cabin crew handled the incident in line with standard operating procedures,” they said.

“We would like to thank our customers who followed the crew instructions and remained calm during the diversion.”

The airline said it was unaware of any injuries as a result of the incident.