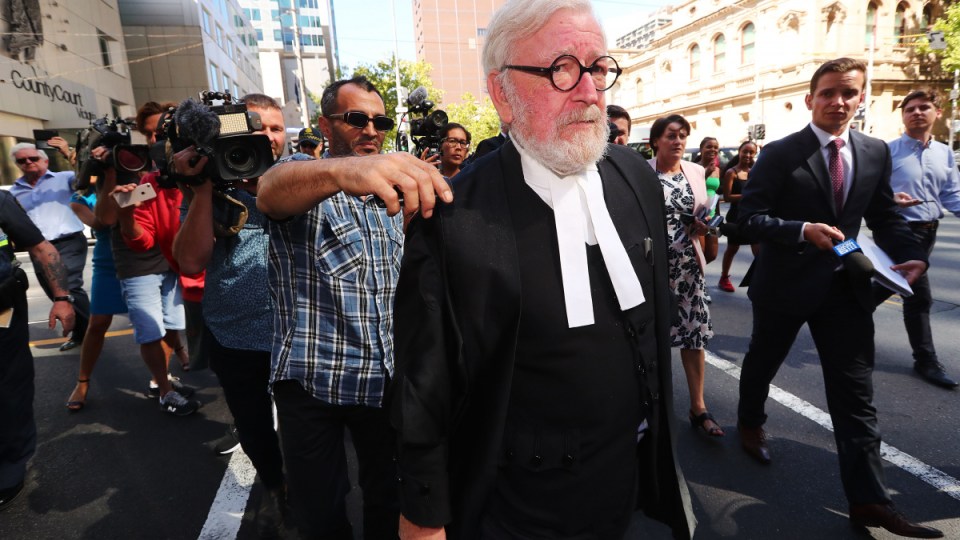 The Queen’s Counsel has been blasted for the remark, which came during a plea hearing for the cardinal who is now behind bars awaiting sentence for orally raping the boy, and molesting him and another 13-year-old after a Sunday mass in 1996.

Mr Richter was attempting to note there were no aggravating features to Pell’s offending, at a time when he was newly installed as Archbishop of Melbourne at St Patrick’s Cathedral.

“This is no more than a plain, vanilla sexual penetration case where a child is not volunteering or actively participating,” he said.

He issued an apology late on Thursday afternoon, after a “sleepless night reflecting”.

“In seeking to mitigate sentence I used a wholly inappropriate phrase for which I apologise profusely to all who interpreted it in a way it was never intended,” he wrote in a statement.

“It was in no way meant to belittle or minimise the suffering and hurt of victims of sex abuse, and in retrospect I can see why it caused great offence to many.

“I hope my apology is accepted as sincerely as it is meant and I will never repeat such carelessness in my choice of words which might offend.”

“It must be clear by now I am struggling with that,” Judge Kidd replied.

He described the five charges that a jury convicted Pell of in December as brutal and callous.

“It’s probably a question you’d have to ask a victim of any sexual offending, not specifically talking about this case, but more generally whether they find that term offensive and I’m pretty sure I know what answer you’d get,” Mr Ashton told 3AW radio on Thursday.

Each of the charges carries a 10-year maximum sentence.