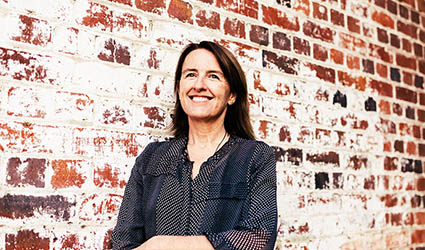 A vice chancellor at the University of Notre Dame Australia (UNDA) has stood down early in a bid to replace former foreign minister Julie Bishop in the safe West Australian Liberal seat of Curtin.

Professor Celia Hammond was due to step down as Vice Chancellor later this year, but has brought forward her departure ahead of the close of Liberal nominations for the Perth seat on Friday.

The university leader has spoken with party figures in recent days about running in the seat, the West Australian reported on Tuesday.

Professor Hammond has worked with UNDA since 1998, including as head of its law school.

She was previously a lawyer at a private practice in WA and a legal academic at other universities.

Her profile on the UNDA website stressed she is passionate about Catholic higher education, including its “rigorous pursuit of truth and wisdom within a Catholic moral framework”.

The nomination process for Curtin comes after Ms Bishop last week announced she would quit politics at the upcoming election.

As Ms Bishop noted in her statement to Parliament: “I have been contacted by a number of talented, indeed extraordinary, people, including women, who have indicated to me that should I not re-contest the seat of Curtin, they would seek preselection from the Curtin division of the Liberal Party for that seat”.

There have been reports that one of those extraordinary people is Erin Watson-Lynn, a foreign affairs specialist who moved back to her home town of Perth from Melbourne in mid-January.

That timing makes it possible for Ms Watson-Lynn to meet the West Australian Liberal Party’s requirement for her to be a member of the state division for 30 days before qualifying for preselection.

Ms Bishop has all but ensured that a woman will be chosen as her replacement by turning the eyes of the nation onto the Curtin preselection and publicly raising the expectations for a female candidate.