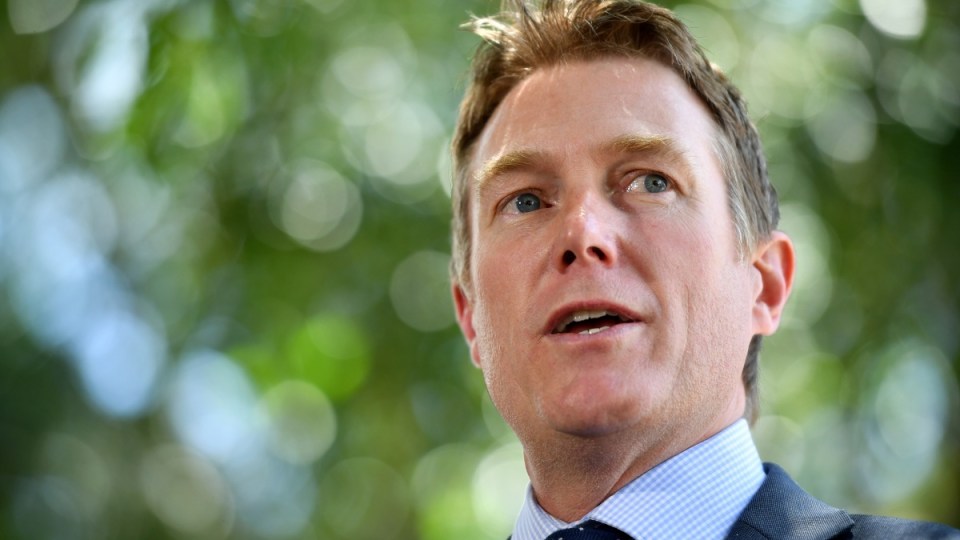 Mr Porter is blaming the legislation being rushed through Parliament. Photo: AAP

The controversial bill passed Federal Parliament last week with support of Labor, the Greens and the crossbench, handing the Federal Government an historic defeat.

Mr Porter’s office received the legal advice from the Australian Government Solicitors on Wednesday and now believes the legislation has loopholes and is poorly drafted.

The bill gives doctors a greater say on whether asylum seekers should come to Australia for medical treatment, although the relevant minister can object on national security or character grounds.

But according to Mr Porter, one of the amendments was not linked back to the relevant section of the Migration Act, which grants power to return asylum seekers once they’ve been treated.

“It is a terrible law, but this legal loophole is significant,” Mr Porter said.

“It means, in effect, you will be bringing people from Manus and Nauru, who are not in detention to Christmas Island, placing them in detention and with no lawful authority to send them back.”

Mr Porter said his office would not be releasing the advice.

“We will certainly give a summary of the basic structure of the advice,” Mr Porter said.

“We don’t want our advice used against us in litigation if we find some way to return people to Manus and Nauru, we will use every power under our auspices to do that.”

The loophole was not picked up Mr Porter’s office or his department during days of negotiation and debate on the floor of parliament.

It is not known whether the loophole relates to an amendment introduced by Labor or crossbench MPs.

Shadow Immigration Minister Shayne Neumann says there is “no change to the system of return”.

“This is a desperate distraction from a Government trying anything to hide from its scandals and from bowing down to the big banks.