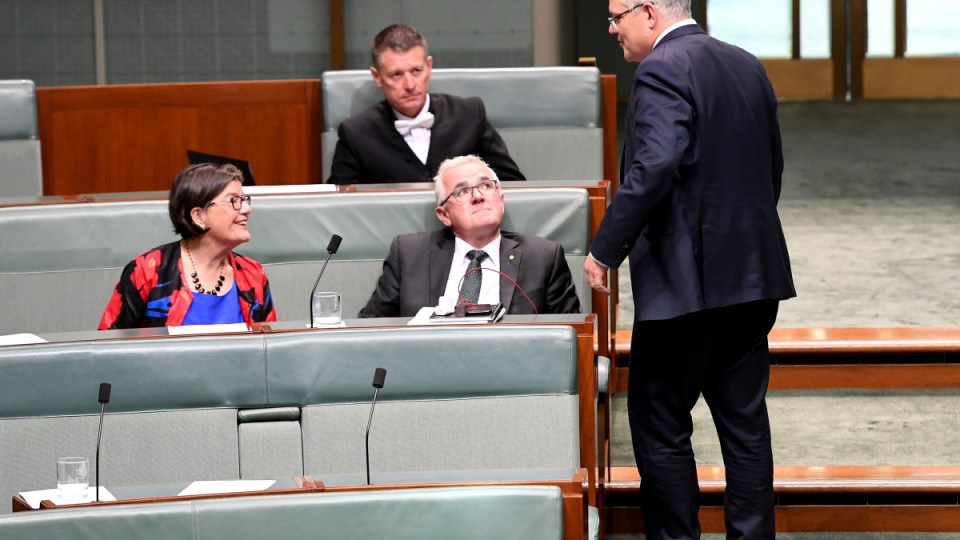 The Nauru and Manus Island medical evacuation bill was a historic moment for federal Parliament’s independent members, but subsequent events have posed a bigger challenge: Do they have confidence in the Morrison government?

That question is unavoidable given Scott Morrison’s determination to circumvent the will of the Parliament.

The government’s willingness to spend half a billion dollars to move asylum seekers to Christmas Island and out of reach of the legislation defies the bill’s intent and spirit. It is a government that refuses to accept the vote of the Parliament.

Kerryn Phelps, Julia Banks, Cathy McGowan, Rebekha Sharkie, Andrew Wilkie – do you have confidence in such a government?

This defiance comes at a reckless cost – a cost so large that, according to Mr Morrison, it limits the Commonwealth’s ability to adequately respond to the Queensland floods.

It is possible that that is not true, that the Prime Minister was lying, using the focus of a natural disaster to deliberately mislead the nation. And that in itself should mean no confidence.

Mr Morrison’s Christmas Island ploy has not occurred in isolation. Rather it is the culmination of a series of stunts and abuse of power, of disregard for convention and procedure.

In short order the Morrison government has curtailed parliamentary sitting days and turned question time into a farcical filibuster to avoid votes – to avoid parliamentary democracy at work.

We’ve become used to governments of both stripes abusing the advantages of incumbency, but the Morrison administration has taken it to another level, exemplified by raiding the Treasury to spend on blatantly political – and misleading – election advertising.

Yet that is small beer for a government given to dubious spending decisions amounting to many hundreds of millions of dollars.

Between the unfolding Paladin security scandal and the Great Barrier Reef Foundation helicopter money, the Coalition has splurged the thick end of a billion dollars on two opaque and unprecedented contracts far beyond the usual checks and balances demanded of responsible government.

It bodes ill for the budget process that such a desperate government continues to have the keys to the Treasury.

Do the independents have confidence the first priority of the next federal budget will be Australia’s welfare, rather than buying votes?

But the questions of integrity and confidence go beyond mere money.

Mr Morrison’s Wentworth by-election Jerusalem embassy stunt indicated a willingness to put petty domestic politics ahead of foreign policy, potentially ahead of the safety of Australians.

Now the government is urging people smugglers to test our borders, lying about the medevac legislation and wantonly defaming asylum seekers as the backbone of its election strategy.

Power above all. It is a government incapable of even adopting an energy policy, that exists in shades of climate denialism, that is looking to taxpayers to underwrite the financial risks of new coal-fired powered stations.

Mr Morrison’s stunts have a habit of coming back to bite him – he is the Lump of Coal prime minister. Can the Parliament have confidence is such an administration? Can it be trusted?

That is a particular question of conscience for the conservative-leaning independents, given the consequences of answering “no” this week.

Nonetheless, it is one they need to answer.

The biggest question for Parliament this week: Do you have confidence in the government?