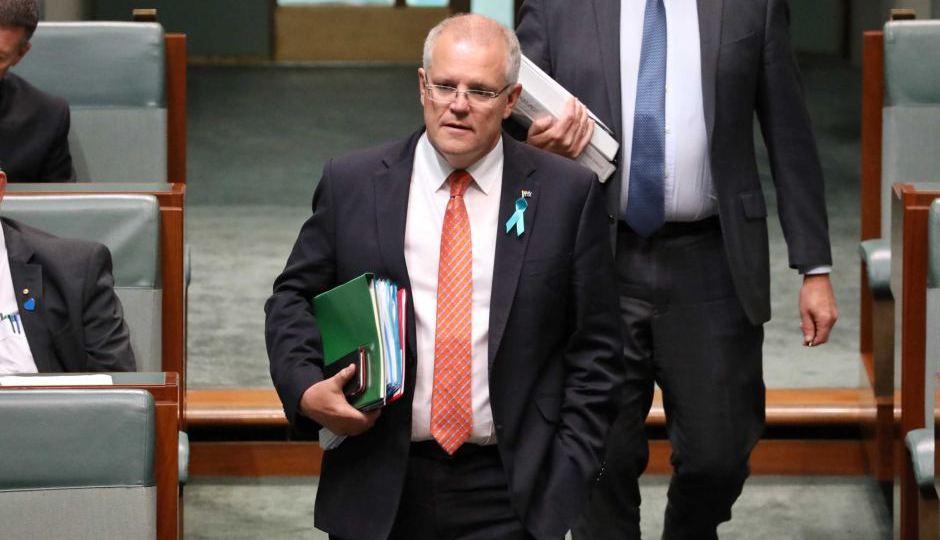 Scott Morrison has denied running down the clock in parliament. Photo: ABC

Prime Minister Scott Morrison has flatly rejected suggestions his government “ran down the clock” in Parliament last week to avoid a vote on a disability royal commission.

Question Time was unusually extended to over two hours on Thursday, in what the Opposition described as a tactic by the Coalition to escape the second vote on the floor of the House of Representatives in a week.

Greens senator Jordon Steele-John successfully moved a motion in the Senate on Thursday, calling on the federal government to set up an inquiry to investigate the violence, abuse and neglect people with a disability can fall victim to in the services sector.

That motion was expected to be dealt with in the Lower House a few hours later, but the Prime Minister said the paperwork simply had not arrived.

“We were prepared to allow that motion to go through on Thursday afternoon,” Mr Morrison said, responding to suggestions the Coalition had done all it could to avoid the vote.

“The simple fact was the motion wasn’t coming back to the House of Representatives on Thursday afternoon.

“Were it coming back, it would have passed through the House.”

Mr Morrison said the vote was expected to pass on Monday, but seemed to rule out pre-empting it by establishing his own inquiry.

“My first priority was to initiate the royal commission into the aged care sector, which I have done.

At no time have I said that I didn’t think there wasn’t a need for a royal commission into the disability sector.”

But Opposition Leader Bill Shorten did not accept the Prime Minister’s explanation.

“Instead of voting for that measure, which is well overdue, he ran down the clock because he was more worried about appearing that he didn’t control the Parliament than doing the right thing,” he said.

“I hope that by Monday – if not before Monday, but by Monday – when this matter comes to a vote, the Government votes to support a royal commission to prevent abuse and neglect against Australians living with disability.”

When asked about the reason for extending Question Time, not all Liberal MPs saw it as simply as the Prime Minister.

“We weren’t going to be railroaded by the Senate into making a snap decision. It will be considered properly,” Defence Minister Christopher Pyne said on Friday.

On Tuesday, Parliament passed a bill to give doctors more power to decide whether an asylum seeker on Manus or Nauru should come to Australia for treatment.

It was a historic defeat for the Government after it lost control of its own bill – it was originally a Coalition amendment to a different part of the Migration Act, but it was changed significantly by Labor and the crossbench.