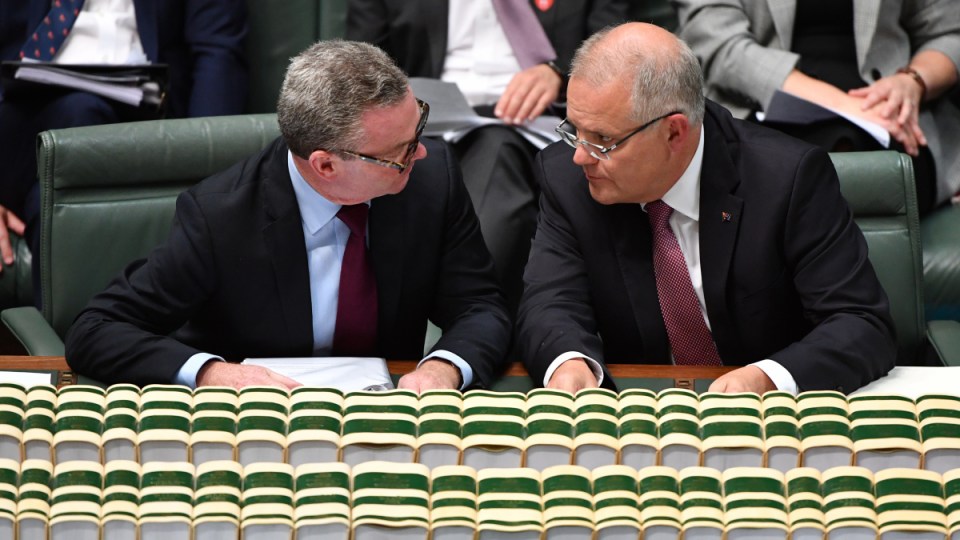 The Coalition has succeeded in creating a self-imposed scare campaign. Photo: AAP

If you’re not really into politics, you might have missed one of the most extraordinary things to happen in Australian politics, which occurred this week.

No, it wasn’t just the Morrison government’s historic loss of an important vote that will make it a little easier for offshore detainees to be brought to Australia for medical attention.

It’s even bigger than that. Through its own behaviour this week, the government let slip an astonishing secret: it’s terrified of the nation’s parliament.

The government has lost control of the numbers in both chambers of the parliament, making it possible for an alliance of Labor, the Greens and like-minded crossbenchers to radically change legislation originally proposed by the government and then pass it into law.

This has resulted in the bizarre scenario where parliament can create laws that the government of the day opposes, such as the ‘medevac bill’.

The medevac bill was created when such an alliance hijacked a government bill in the Senate late last year that was intended to make minor adjustments to border protection laws.

They tacked onto this legislation all the elements of a private member’s bill proposed by new independent MP Kerryn Phelps, that would make it possible for the medical evacuation of offshore detainees to occur.

Embedding the Phelps bill into the government’s bill made it easier for the legislation to make its way quickly through the parliament, because government business is usually given priority over private member’s bills.

The alliance ensured that the medevac bill passed the Senate during the final week of parliament last year, but the government shut down the House of Representatives before the bill could get there for the vote that would turn it into law.

Despite this, the Coalition was defeated in a lower house vote on the legislation this week and the medevac bill became law against the government’s wishes.

The last time an Australian government lost a major vote like this, it conceded the loss was a sign that the parliament had ‘lost confidence’ in the government and called an election.

Mr Morrison has declined to take the same route.

While the prospect of an election win in May is a long shot, the PM knows he’d have even less chance if he called the election now.

There is only one way to force Mr Morrison to call an election, and that is if the House of Representatives passed a motion of no confidence in the government.

At this point however, Labor and the Greens have not been able to convince enough crossbenchers to support such a move.

It seems the crossbench is prepared, however, to work with Labor and the Greens to make life difficult for the Coalition over its few remaining weeks in government. This is the source of the government’s fear.

On Thursday, it pulled legislation from the Senate that would have made it possible to break up and sell off energy companies that refused to sufficiently reduce electricity – otherwise known as ‘the big stick’.

The government was concerned that Labor, the Greens and crossbenchers were planning to change the legislation to outlaw any future taxpayer support for coal-fired power generation.

Then the Senate passed a motion calling for a royal commission into the institutional abuse of people with disabilities. In order to avoid this motion also being passed in the House of Representatives, against its wishes, the government extended Question Time for more than an extra hour. Talk about running scared.

The ironic thing about this turn of events is that the Coalition brought the existential problem upon itself. It’s a self-imposed scare campaign.

If former prime minister Malcolm Turnbull had not been knifed by the Dutton/Abbott reactionaries, there would be two fewer independent votes on the crossbench (and two more votes in the Liberal Party), making it impossible for Labor and the Greens to rally enough votes to turn their Trojan bills into laws.

If Mr Turnbull had remained prime minister, Victorian MP Julia Banks would not have reduced the government’s numbers by defecting from the Liberal Party to the crossbench. Ms Banks said the coup was one of the key factors in her decision to leave.

And Mr Turnbull would not have cut the Liberals’ numbers even further by resigning from parliament, paving the way for the instigator of the medevac bill, Dr Phelps, to be elected in his place.

The conservative Coalition MPs who hoped to rid parliament of Mr Turnbull’s progressive influence by staging the coup have ended up instead with a powerful crossbench that is prepared to work with Labor and the Greens to force changes on government policy that PM Turnbull could only dream of.

The passage into law of the medevac bill may have provided the government with the makings of a compelling scare campaign against the Labor Opposition on border protection.

However, its evident fear of the parliament suggests the Coalition has already been more successful in a self-imposed scare campaign.

The anti-Turnbull rebels who cut their own government’s throat