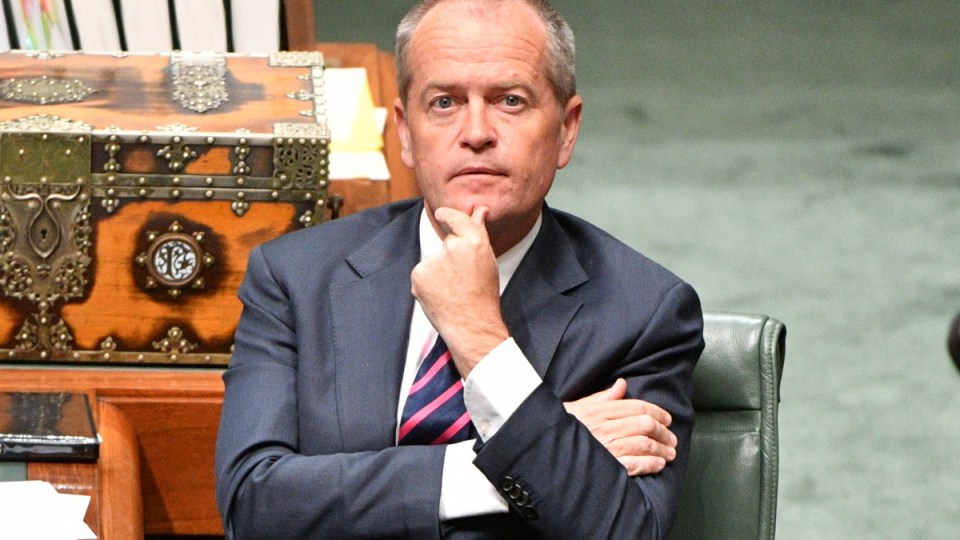 Labor leader Bill Shorten could switch up his party's asylum seeker policy in the face of changing voter opinion polls.

Bill Shorten has opened the door to a backdown on asylum seekers that is set to reignite unrest in the ALP caucus if he announces a backflip on Monday.

The Labor leader’s big test on asylum seeker policy comes as a new poll confirms the Coalition has gained ground on Labor.

According to the latest Newspoll, the Coalition has cemented its modest improvement in fortunes with no change to last fortnight’s 53:47 two-party preferred result.

Labor’s primary vote is up by 1 per cent to 39 per cent and the Coalition’s primary is unchanged at 37 per cent.

But ominously for Labor, a majority of Australians now disapprove of Mr Shorten, with his disapproval rating up one point to 51 per cent.

The Labor leader will be briefed on a the classified document that was leaked last week to bolster the government’s warnings of an influx of asylum seekers at a meeting with the Home Affairs department secretary Mike Pezzullo at 11.15 am in Canberra. 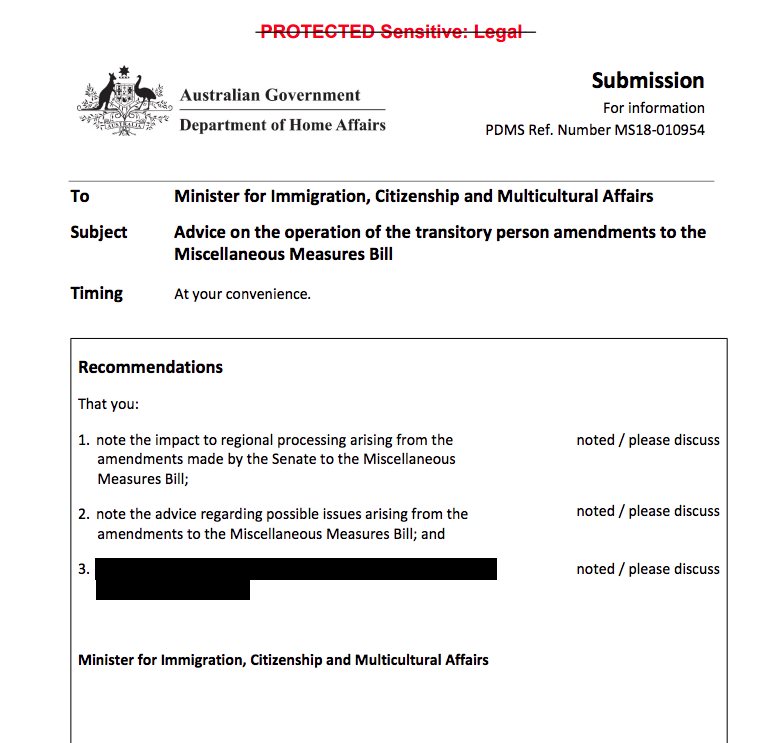 The document, which has now been declassified as released to all media, states the crossbench bill to allow for the medical evacuation of asylum seekers would likely secure freedom for 1000 men and women on Manus Island and Nauru within weeks.

The document states it would effectively dismantle offshore processing and encourage people smugglers.

While the existing legislation will allow for ministerial discretion on national security grounds, the government argues it would not allow the minister to stop a rapist or murderer being evacuated to Australia.

“Labor has always had two clear objectives – making sure sick people can get medical care, and making sure the minister has final discretion over medical transfers,” Mr Neumann said.

“The Liberals have sunk to a new low by threatening to let the boats start again. They are walking, talking billboards for the people smugglers and they should be ashamed of themselves.”

Crossbench senators and the Greens are bracing for a Labor backflip.

Independent senator Tim Storer said Mr Shorten should stick to his guns and stay true to what was negotiated in the Senate.

“If Labor does back down now, voters may wonder about the value of its commitments more generally – and wonder whether what Labor says before the election is what it would actually do if it comes to power,” he said.

It won’t be easy for Mr Shorten to do an about-face on the [Dr Kerryn] Phelps legislation to allow for two doctors to grant the medical evacuation of asylum seekers.

Labor MPs voted for the current bill as amended in the Senate because it was backed by shadow cabinet and shadow caucus. That can be unwound but it won’t be easy.

Independent Rebekha Sharkie said the refugees on Manus and Nauru had been political pawns for too long.

“I am concerned that the temporary relocation for those who are sick is not a permanent solution and until they are permanently resettled their life will remain stalled. We should have accepted New Zealand’s offer long ago. We still can,” she said.

“I would urge the government to work with the whole Parliament to find a solution. If there is collective will, it could happen.”

On Sunday, Immigration Minister David Coleman also confirmed that the majority of asylum seekers would qualify for medical evacuation.

“The key point is, within weeks, it is highly likely that substantially everyone who is on Manus and Nauru will come to Australia,” he said.

Manager of government business Chris Pyne said, “It really is not the biggest deal in the world” if the Coalition loses the vote.

“We’ll have to reopen Christmas Island. That will cost $1.4 billion to do so. It’s back to those hideous days where there were 50,000 unauthorised arrivals on 800 boats and at least 1200 deaths at sea.”

Asked if the Morrison government was conceding that all the asylum seekers were genuinely ill, Mr Pyne declined to do so.

“The bottom line is, we’re not prepared to weaken border protection,” he said.