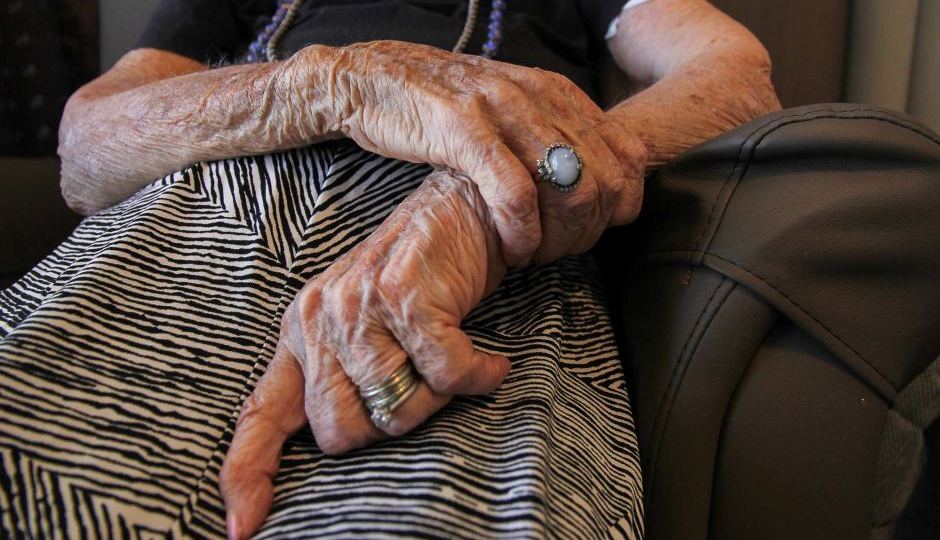 The government has allocated $104.3 million for the royal commission into aged care. Photo: ABC

Disturbing cases of elder abuse in health facilities throughout Australia prompted the federal government to announce a royal commission into the nation’s aged care system.

On Monday, hearings for the Royal Commission into Aged Care Quality and Safety will resume in Adelaide.

Here’s a look at how we got here.

Why was the royal commission called?

Whistleblowers Barb Spriggs and her son Clive shared the story of their husband and father Bob’s abuse which included being given 10 times the amount of his prescribed medication, unexplained bruises thought to have been caused by inappropriate use of restraints and severe dehydration and undernourishment.

His family said he was admitted to the centre twice; following his second stay his health and function rapidly declined.

They will be the first two witnesses to the royal commission on Monday.

Many other families came forward expressing concern about the treatment of patients.

In 2008, resident Graham Rollbusch, 70, was murdered by a fellow patient.

The attack happened two months after the nursing home was sanctioned by the federal government for failing to provide a safe environment for its residents.

A damning investigation into the centre by South Australia’s then chief psychiatrist Aaron Groves – released in April 2017 – ultimately recommended the facility’s Makk and McLeay wards be closed.

“We saw aspects of a mental health system that we had thought confined to history,” he reported.

Within weeks the Makk and McLeay wards were closed, and a few months later the closure of Clements House signalled the beginning of the site’s decommissioning.

Before the 2018 election in South Australia, the state’s Independent Commissioner Against Corruption released a report into the nursing home which named five individuals involved in maladministration and severely criticised former mental health minister Leesa Vlahos.

Meanwhile, a Senate inquiry into the home heard evidence of the facility’s “toxic culture” of covering up abusive treatment.

Families told the committee they had “no choice in sending family to Oakden as it was the only facility in South Australia able to care for their family member’s needs”.

The inquiry’s interim report, released in February 2018, focused on the aged care regulatory failures at the centre.

The committee has been granted several extensions to table its final report, which will focus on the regulation of clinical, medical and allied healthcare in aged care.

In September last year, Four Corners delivered a two-part investigation into failings in aged care as part of the ABC’s biggest crowdsourced investigation.

It followed a callout for people to share their experiences of the aged care industry.

Many of those who came forward were professionals who had extensive experience in the industry and were concerned by what they had seen.

What will the royal commission look at?

Just before the Four Corners investigation went to air, Prime Minister Scott Morrison announced the royal commission into the aged care sector warning people to brace themselves for “some pretty bruising information about the way our loved ones, some of them, have experienced some real mistreatment”.

He asked the public to help draw up the terms of references and more than 5000 submissions were sent by aged care consumers, families, carers, aged care workers, health professional and providers.

The commission will focus on understanding how the aged care system currently works.

Commissioners Richard Tracey and Lynelle Briggs made statements last month during a preliminary hearing and emphasised “the hallmark of a civilised society is how it treats its most vulnerable”.

Commissioner Briggs said the likely themes would include “quality and safety, access and inclusion, young people with disability, interfaces and transitions, future challenges and opportunities and how to deliver in a sustainable way”.

“We will look at the expectations of Australians for quality and safe care, how and where it should be provided and the workforce implications, amongst other things,” she said.

She said there had been a “rising torrent of concern” that the sector had been floundering and might no longer be “fit for purpose”.

“We need to ensure that all Australians have confidence that the system will deliver for them and their families,” she said.

Commissioner Tracey warned employers it would be against the law to try to stop an employee or former employee from giving evidence.

How much will it cost?

The federal government will provide $104.3 million over four years for the royal commission.

The commissioners are expected to release an interim report by October 31, and a final report by the end of April 2020.

A federal government spokesman said if the commissioners wanted an extension, they would be required to make a request to the government to consider.

Minister for Senior Australians and Aged Care Ken Wyatt said the royal commission was a “crucial step forward in determining the full extent of the problems in aged care”.

He said while the royal commission conducted its investigation, the government’s “rigorous reform program” would continue at “full pace with the new Aged Care Quality and Safety Commission, upgraded aged care quality standards and record levels of funding support for senior Australians”.

He said he would closely follow the royal commission progress and findings.

The royal commission sent letters “inviting” industry groups to make early submissions detailing every instance of substandard care in the past five years and action they had taken to improve services.

The general public were able to start making submissions from Christmas Eve, and as of last month’s preliminary hearing more than 300 had been received.

Witnesses will start giving evidence today in Adelaide, before the inquiry moves around the country.

Hearing dates and locations are expected to be released about four weeks ahead of time.