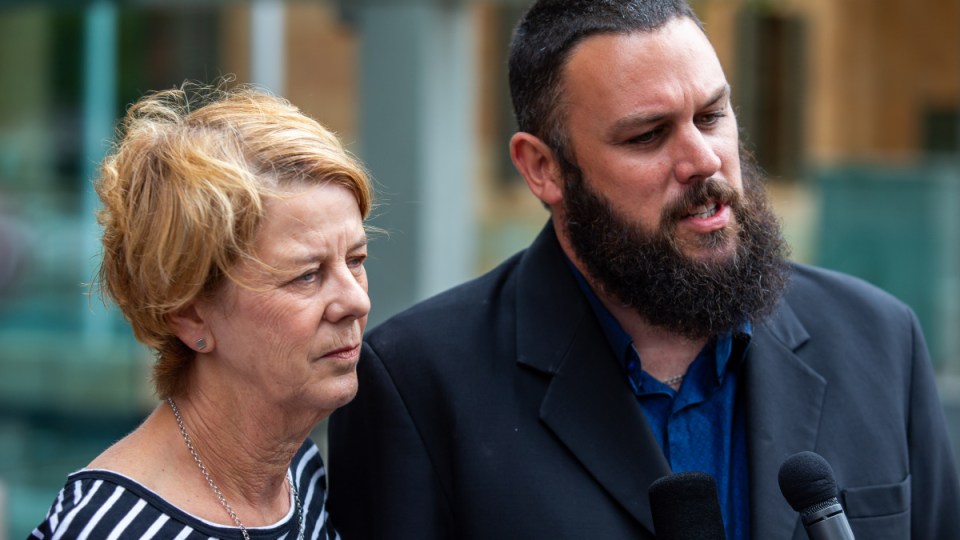 The widowed whistleblower who exposed widespread abuse of dementia patients at Adelaide’s Oakden nursing home has broken down giving evidence to the royal commission into aged care.

Barb Spriggs, whose husband Bob died in 2016 after being mistreated and overmedicated at Oakden, was the first witness to give evidence to the inquiry.

She said the facility “was like something out of the 19th century”.

“Bob was lying on a bed with just a sheet underneath him, there was no seat on the toilet, only paper towels in the bathroom. It was like a prison.

“Bob and other residents were sedated and I believe staff sedated those living in the facility to better manage them.”

Mrs Spriggs says she still doesn’t know what happened to her husband, who was 66 when he died.

She questions why her concerns were consistently downplayed.

“I should not have had to battle long and hard for months to be heard,” Mrs Spriggs said in the first evidence to the commission on Monday.

“I could easily have decided that it was not worth all the trouble, as I was coming up against so many brick walls.”

Mrs Spriggs criticised the lack of accountability in the aged care sector, questioning if her husband’s abusers were still working at other facilities.

She called for an accessible way for people to get information, particularly when they had serious concerns.

“There needs to be a very clear pathway that an everyday person can follow if they or someone they are caring for experiences a problem,” she said.

“There has to be a much easier, uncomplicated road to travel.”

Mrs Spriggs said CCTV cameras should be installed in all common areas at aged care centres, as well as the option for cameras in private areas.

Her son Clive Spriggs told the commission the family might have answers if CCTV had been installed.

“Looking back at what happened with dad, we do not know where the bruises he got came from. If there had been CCTV footage installed at Oakden, we would have been able to find out [more details],” he said.

“To this day we still don’t have an answer.”

Earlier on Monday, counsel assisting Peter Gray told the commission Australia’s aged care system was overly complex, with reforms over the past 30 years too often addressing issues in isolation.

Mr Gray said there had been many reviews, but none systemic in nature.

“The sheer number and frequency of reviews shows that there are many issues in aged care which have not been resolved to the community’s satisfaction,” Mr Gray said.

In his opening statement, he revealed the investigation had now received responses from about 900 of Australia’s 2000 approved aged care providers, along with more than 800 submissions from the public.

Many of the public submissions directly related to substandard or unsafe care.

Mr Gray also provided an update on future hearings, with sittings in Adelaide in March to focus on home care and in May to focus on the care of dementia patients.

Stories ‘won’t be easy to hear’

Federal Aged Care Minister Ken Wyatt says the inquiry come amid a 177 per cent increase in findings of serious risk against service providers in the past year.

“Over the coming days and weeks the stories and events told before the commission will not be easy to hear, but they are necessary,” Mr Wyatt said.

“Our senior Australians are among our greatest treasures. They deserve the highest quality aged care possible.”