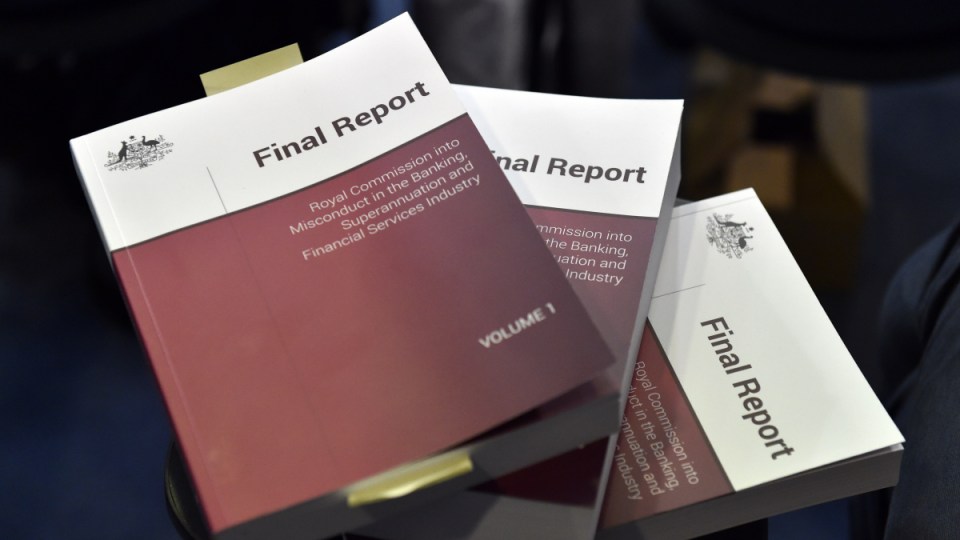 Christopher Pyne said the government won’t support extra sitting weeks before the election to deal with the reforms. Photo: AAP

Big banks have been given a get-out-of-jail card on reforms ordered by the royal commission, with the Morrison government saying it’s a job for after the May election.

But Parliament could still be set to defy that timetable and will attempt to force the government to agree to extra sitting weeks to fast-track the report’s recommendations.

Manager of government business Christopher Pyne has confirmed the government will not support additional sitting weeks before the election.

“No, we won’t be doing that, and we won’t be doing it for a simple reason. To change the laws around financial services and respond to the banking royal commission in the way that we wish to will take about 40 different pieces of legislation,” he told the ABC.

“So trying to do that in a rushed job to fulfil a political stunt that the Labor Party is trying to pull is no way to govern.”

Asked if this could lead to a six-month delay in implementing the recommendations, Mr Pyne confirmed this was the case.

“Quite possibly. It will be after the election, yes.”

Labor leader Bill Shorten has written to the government urging the prime minister to agree to a fortnight of additional sitting weeks in March to legislate the government’s response.

But Mr Pyne said a careful and methodical approach was required.

“And what we’ve tried to do in the last five years, of course, is to be sensible and methodical about the way we govern, and that’s what we’ve done,” Mr Pyne said.

“So no, we won’t be calling the Parliament back for another two weeks of feverish, rushed law making, for something that’s far too important for political stunts.”

Mr Morrison has previously accused Labor of fighting “tooth and nail” legislation already before Parliament that he argues addressed some of the substantial issues in the banking royal commission final report.

“There’s legislation sitting in the Senate right now that the Labor Party could vote for, to reform superannuation, to support consumers and introduce regulations that will protect the sector. And yet, Labor is not voting for that because they’re by the union-dominated industry super funds,” Mr Pyne said.

Labor’s treasury spokesman Chris Bowen said the failure to legislate on banking reforms before the election reflected the Morrison government’s decision to vote against a royal commission 26 times.

“Christopher Pyne’s admission on ABC Insiders that there would be new legislation responding to the banking royal commission until ‘after the election’ shows the Liberal Party simply cannot be trusted on banking policy and it exposes Scott Morrison’s part-time Parliament approach, too,” Mr Bowen said.
“Barely one week later after the release of the royal commission final report, the government has admitted there will be no progress on banking legislation until after the election and possibly as late as August or September.”

Mr Pyne also confirmed the government would take a careful approach to calls for a radical overhaul of mortgage brokers.

“We will tread carefully on mortgage brokers because we don’t want to smash competition in the banking sector,” he said.

“Ironically, Labor is taking the side of the big banks by removing competition of the 16,000 mortgage brokers. We won’t be doing that.

“We’ll be treading more carefully and this is exactly why we won’t be rushing legislation into the Parliament for a feverish two-week sitting just to please Bill Shorten and the Labor Party.”