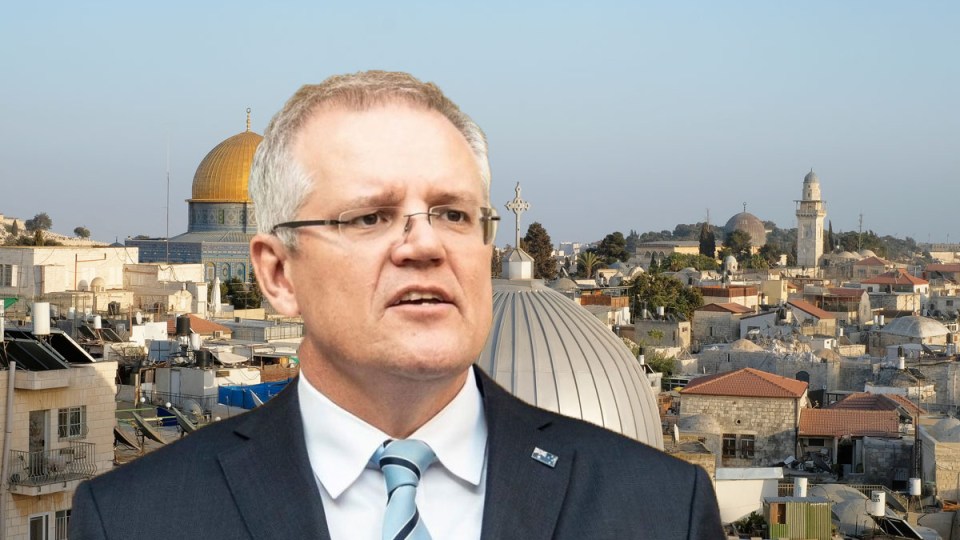 Emails obtained by the ABC show senior officials were left scrambling to contain the fallout from Prime Minister Scott Morrison’s decision to review the location of Australia’s embassy in Israel.

The Foreign Affairs Department was told just one day before the potential move from Tel Aviv to Jerusalem was made public.

Department Deputy Secretary Tony Sheehan wrote to overseas missions at 11pm on the night before the announcement.

Marked “sensitive” and “protected”, the diplomatic cable highlighted the potential for danger.

“All posts are requested to closely monitor the security environment and threat levels and to take appropriate security precautions,” Mr Sheehan said.

“The department continues to monitor the international security environment closely.

“All posts are requested to advise if any change to the travel advice is recommended.”

The Prime Minister’s Department helped prepare the cable, which was obtained by the ABC under freedom of information laws.

Mr Sheehan manages Australian consular operations worldwide but it is unclear whether all overseas posts were sent the document.

ASIO also warned that raising the prospect of relocating the embassy may “provoke protest, unrest and possibly some violence in Gaza and the West Bank”.

“It is possible Australian interests may be the target of protest activity following any announcement,” the intelligence body said.

Middle Eastern nations and South-East Asian neighbours were outraged because Palestinians want to establish their own capital in Jerusalem.

Another email demanded an out-of-hours contact for two unnamed diplomats so “urgent advice” could be provided.

During the October 16 announcement, Mr Morrison said the Government had been “taking advice” on security implications.

“Assessments and processes are being followed,” he said.

The review was floated in the final week of the Wentworth by-election, which was lost by Liberal candidate Dave Sharma — the former ambassador to Israel.

The documents, produced on October 15 and October 16, emphasised Mr Sharma’s role in the decision.

“The Prime Minister will announce he has found the arguments put forward by Australia’s former Ambassador to Israel [Dave Sharma] … persuasive,” it said.

Posts were also instructed to report any support or criticism for the plan so Foreign Minister Marise Payne was “ready to respond at question time” in Parliament on the Tuesday afternoon.

Following the review, Mr Morrison in December announced the Government would recognise West Jerusalem as Israel’s capital but would not immediately move its embassy from Tel Aviv.

The review sparked anger in Muslim-majority Indonesia and left a major free trade agreement with the country in limbo.

Mr Morrison and Indonesian President Joko Widodo last August announced eight years of negotiations had concluded ahead of a final signing by the end of 2018.

Trade Minister Simon Birmingham told the ABC he hoped “that it will be signed during the course of this year”.

“We continue to work with Indonesia to find a mutually agreeable time for signature and proceeding with that agreement.”

Indonesia has the world’s largest Muslim population and is a strong supporter of the Palestinian territories.

Demonstrations were held near the Australian Embassy in Jakarta and Consulate-General in Surabaya in response to October’s plan.