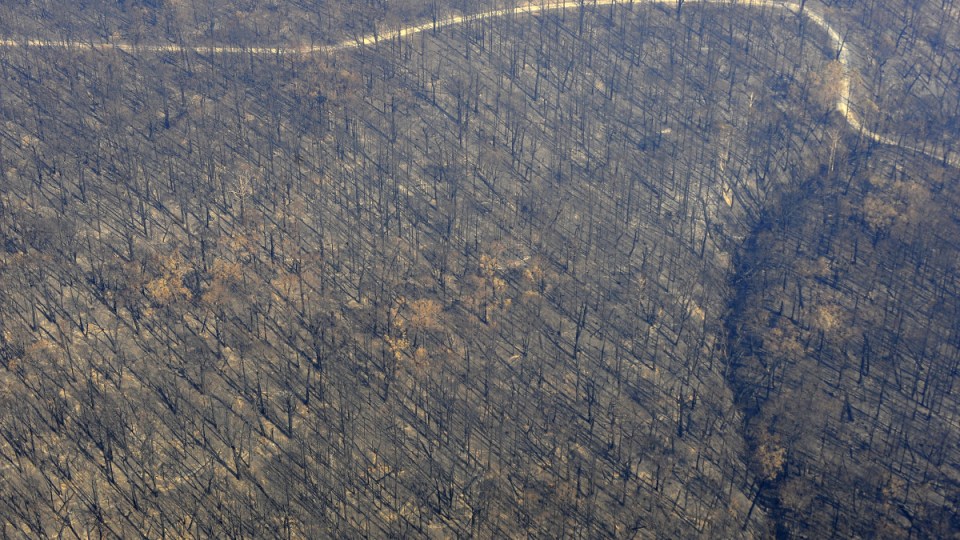 The deadly Black Saturday bushfires that ravaged Victoria on February 7, 2009 took lives, destroyed property and changed whole towns, some forever. We relive the media images and voices that brought the rural tragedy into suburban homes.

As local farmers urged him to leave Labertouche in Gippsland on Black Saturday, Alex Coppel turned back and took a “very quick shot” of a fire tanker fleeing the growing inferno on a private property. The flames were so intense he initially thought the firefighting helicopter Elvis had crashed into the forest.

The stark image of man and machine versus nature won Coppel the 2009 Quill Award for best news photograph. “Put simply, the judges found that the image captured the enormous power of the black Saturday fires and the powerlessness of the crew fleeing before it,” the MC on the March 19 awards night said. 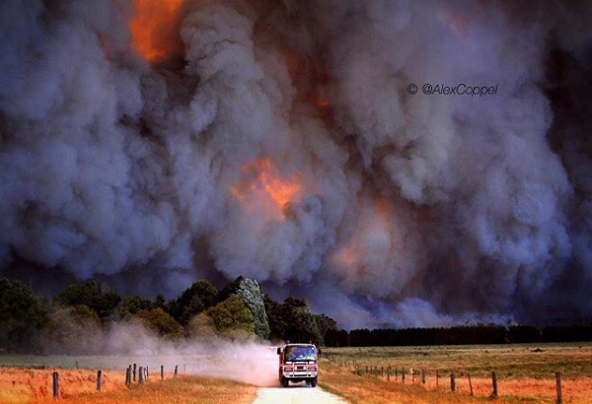 ABC Radio Melbourne morning host Jon Faine covered the Black Saturday bushfires as they unfolded live on radio. Faine remembers one talkback caller’s request in the following days as one of the “unforgettable moments in the aftermath”, he tells The New Daily.

On air, the caller put out a message for people to drop dark suits into op shops around Melbourne. Faine asked why. “Because people don’t have any clothes and they need to go to funerals,” the caller said.

The plea saw an “outpouring of offers of support, not just clothes but entire wardrobes, furniture, equipment for horses and animals of every kind,” Faine says.

“People even offered cars and trucks they were prepared to give away to help people rebuild their lives.”

Award-winning cartoonist Mark Knight and his family live in Tonimbuk, normally a sleepy hollow at the base of the Bunyip State Forest in Gippsland. The fire had been burning along the ridge in the five days before February 7, so he was well prepared in evacuating his family, horses and dogs, setting up hoses out of the inground pool, and waking up in firefighting gear.

“This was the first time I was cartooning on the front line of a major catastrophe and I didn’t know it at the time,” Knight, who had help from CFA volunteers, tells The New Daily.

“I fought the fires, and fought to save the property and that was 24 hours of a war zone, a major fire storm. I didn’t know what had happened elsewhere until a mate rang to say this fire had caused the biggest loss of life in Victoria’s history.”

Everything around Knight’s farm burned. Exhausted and in shock, he drew a “rough, childlike drawing” with firefighters using siphon lines in the pool that he calls “a snapshot of a catastrophic event” he found himself in.

“It was a thank you note to the crews who came to us. I thanked my great mate Dave Papley. Instead of the slab of cans he would usually show up with, he arrived with a firefighting pump under his arms, and he stood by my side the whole day.

“On the day of the anniversary, I will think of all the people we lost that day.” 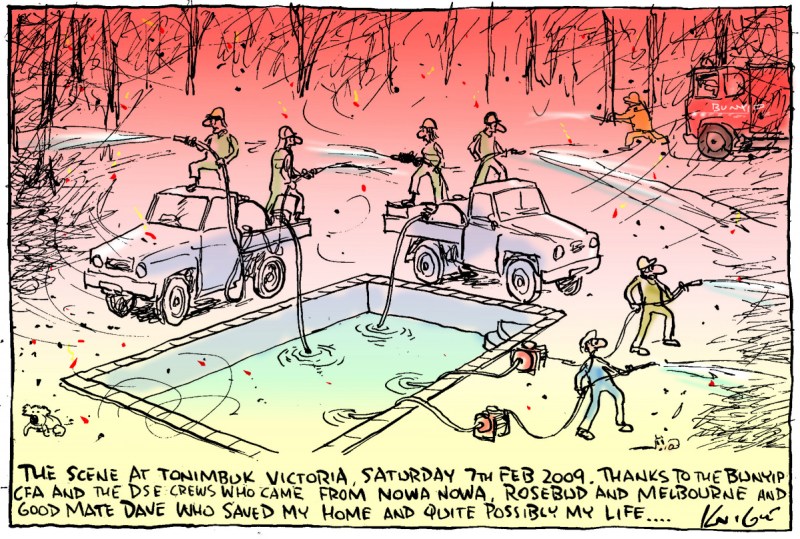 Prince William played cricket at Flowerdale in January 2010 and Jennifer Hawkins visited kids at Whittlesea, but it was former Test cricketer Shane Warne’s visit to Kinglake two weeks after the fires that struck a chord with the locals.

Warne met Aiden Buchanan, a young skateboarder who had survived but lost his brother Macca, 15, sister Neeve, 9, and uncle Danny, 37. The two forged an instant friendship, which Warne continued to nurture for years afterwards.

The CFA photograph that went viral

Brad Waterhouse, the CFA captain at Maryknoll in Gippsland, managed to save all but one of 44 houses in a Labertouche street. The one he lost was a four-bedroom house full of children’s furniture and toys. He ran from the house, peeling off his breathing apparatus in despair and exhaustion.

While Waterhouse said he hated the photo, it went viral and became a symbol of the actions of up to 30,000 CFA firefighters on Black Saturday. The now-iconic image still finds its way onto social media sites, including during the California bushfires in December 2018. 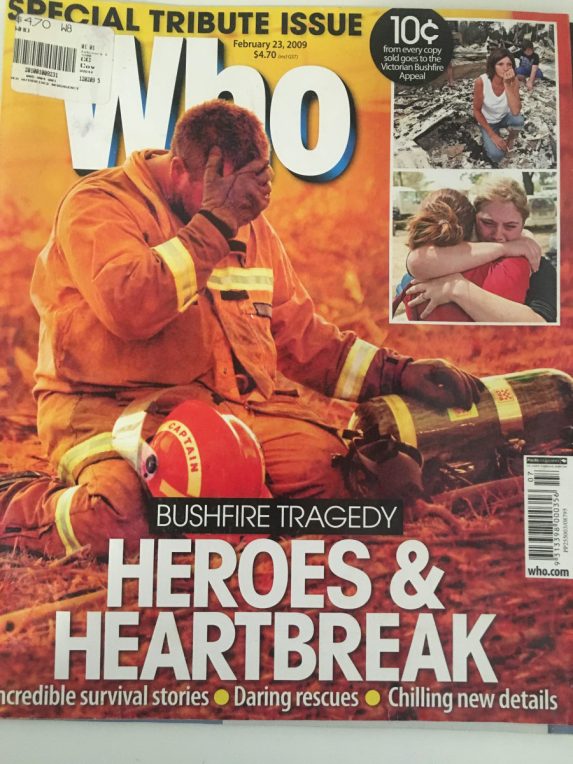 Among the images of a blackened world, a simple snapshot of a CFA volunteer giving a koala a drink was a reminder that while millions of animals were incinerated, there were miracles. The singed koala, dubbed Sam, clung to life until August 2009. 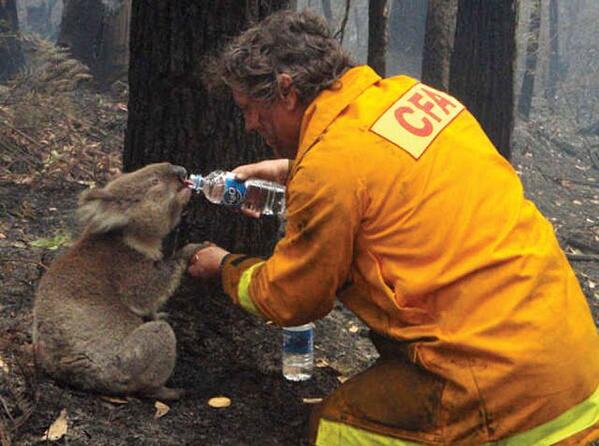 Black Saturday: The most unforgettable and heartbreaking media moments