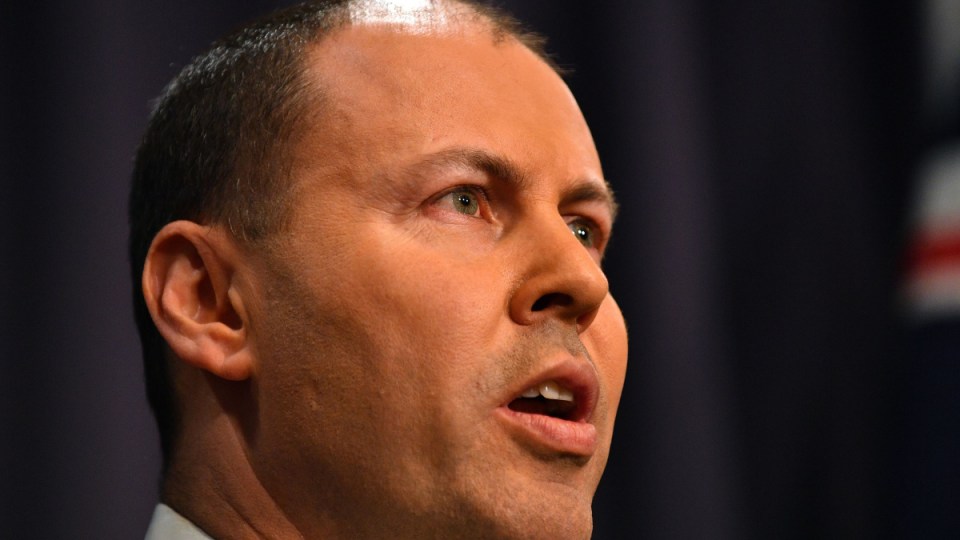 Treasurer Josh Frydenberg admits loans became harder to get as a result of the scandals brought to light. Photo: Getty
exclusive

Treasurer Josh Frydenberg has conceded the banking royal commission contributed to a credit squeeze, with the big banks less likely to loan money for home mortgages and small business.

In an interview with The New Daily, Mr Frydenberg has admitted the fallout was one of a range of issues that contributed to banks tightening their lending practices.

The Treasurer also conceded financial watchdog ASIC had too often preferred “negotiation over litigation”, prompting the Morrison Government to move to beef up its powers.

As the Morrison Government prepares to be handed the final report of the royal commission on Friday, banking executives are bracing for possible recommendations of civil and criminal charges.

But the Treasurer warned that ensuring that Australians still had access to affordable credit was also vital to the economy.

“The royal commission has had an impact, I think, in terms of how banks have approached finance,” he told The New Daily.

“I think there are a number of factors at play. But obviously, going forward, I have said this many times publicly, that the banks need to be very mindful of their economic and social responsibility to the community to ensure affordable and accessible finance. Because it’s absolutely key to the health of the economy.”

Mr Frydenberg cited new figures released on Thursday by the Reserve Bank that confirm lending rates were down.

“So when we respond to this report, first and foremost at the top of my mind is ensuring we improve consumer outcomes and we restore trust in our financial system,” he said.

“Secondly, we need to ensure there is continued access to finance.

“There were some numbers out today, aggregate numbers put out by the RBA, that showed that some of the credit growth is below the 10-year and the 20-year long-run averages.

“And that we continue to have strong competition in the sector and that we don’t inadvertently increase the power of the banks.”

Mr Frydenberg noted the Morrison government had backed the decision of the financial regulator to put restrictions on interest-only residential lending. They were lifted on January 1 in an attempt to stabilise the housing market.

“As you know, APRA had some restrictions on. They’ve lifted them,” he said.

“As the Reserve Bank of Australia has said, what APRA did has strengthened the resilience of the economy, But that has now been lifted.”

The banking industry described the interim report into the royal commission as a “day of shame for banking”.

Mr Frydenberg called it a “scathing assessment” of the culture and conduct of banks, admitting he was shocked by what the commission uncovered.

“I think the community has been shocked by the stories of fees for non-service, fees for dead people,” he said.

Asked if he still believed calling the royal commission was right thing to do for the economy, the Treasurer said it had done “a good job.”

“The key themes that have come through the interim report and the hearings is around the complexity of the law, so [Commissioner Kenneth Hayne] pointed out that often the misconduct that has occurred has been in breach of existing laws.

“But the laws have been complex.”

“He’s pointed out that the regulators have at times, particularly ASIC,  preferred negotiation over litigation,” he said.

“So they have been too timid. And also there’s been a culture where’s its been profits over people.

Mr Frydenberg refused to be drawn on whether the expected civil or criminal charges were warranted on the basis of the evidence before the commission.

“The last thing I want to do is pre-empt the report. It’s hugely sensitive and my focus is on providing a government response which is considered,” he said.

“The Royal Commissioner I think has done an outstanding job. He’s had 68 days of hearings. He’s heard from more than 130 witnesses and he’s reviewed more than 10,000 public submissions,” the Treasurer said.

Mr Frydenberg left the door open to beefing up penalties for misconduct.

“Well let’s wait and see what’s in the report but I do point out to you that we’ve got legislation which will increase substantially the penalties for misconduct, civil and criminal,” he said.

“In principle, our intention would be to adopt Commissioner Hayne’s recommendations but we’ve obviously got to see the report before we make a final decision.”

Labor treasury spokesman Chris Bowen called on Mr Frydenberg to release the report when he receives it on Friday.

“Scott Morrison and the Liberal Party have mismanaged banking policy from the very beginning, voting 26 times against establishing a Royal Commission, refusing to extend it to hear from more victims of scandals, and now it appears the Treasurer wants to deny Australians the right to see the final report when it is received,” he said.

“We know that Scott Morrison never really wanted to call this ‘regrettable but necessary’ Royal Commission – and now we know he was the last man standing in opposing a Royal Commission.