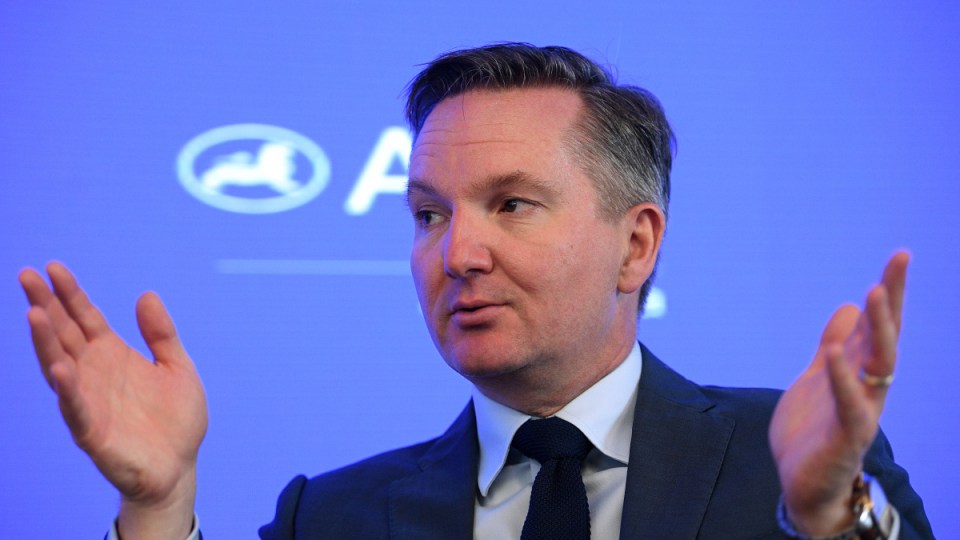 Chris Bowen says it's "lazy and reckless" for the government's job promise not to be supported. Photo: AAP

Retirees who don’t like Labor’s tax policy are free to vote against it, the man who would be treasurer in a Shorten government has warned.

An unapologetic opposition treasury spokesman, Chris Bowen, said on Wednesday Australia needs the revenue from its tax policy to fund “schools and hospitals”, and says he won’t shirk the fight.

Under Labor’s plan, cash refunds for low-income or zero-income retirees for excess franking credits from shares they hold will be abolished.

Australia is the only OECD country with such a fully refundable dividend imputation policy.

Mr Bowen was confronted on ABC radio on Wednesday by an unhappy listener, who said: “Please ask Chris Bowen why he’s taking $5000 from me through franking credits and giving it as a tax cut to those on a $125,000 or less. I earn less than half that for my super in shares”.

Mr Bowen said he was happy to explain.

“I say to anybody who raises this with me; imagine a system where every shareholder in the country was a retired person who did not pay income tax and we refunded all the company tax to that person,” he said.

“That’s what the system is; we would have to have zero rates of corporate tax from Qantas, from Telstra, from every Australian company. We spend more on this than we spend on public schools at the Commonwealth level.

“If they feel that this is something that should impact on their vote they are, of course, perfectly entitled to vote against us.”

Mr Bowen said he was happy to have a debate “about the fact that Labor’s personal income tax policy delivers income tax cuts to every Australian earning less than $125,000, almost double the government’s [planned tax cuts]”.

On negative gearing, Labor still refuses to say when its controversial rollback policy will start. That leaves the door open to delaying the introduction while the housing market remains soft.

If they feel that this is something that should impact on their vote they are, of course, perfectly entitled to vote against us.

“I mean the typical shrill scare campaign: tax into oblivion. I noticed that he [Prime Minister Scott Morrision] walked away from the claim of recession within an hour yesterday,” he said.

“I’m glad he did because it was highly irresponsible to claim recession under a Labor government. But this is just, you know, way back to Malcolm Fraser saying put your money under the bed if Bob Hawke becomes prime minister – it’s what Liberals do.

In Queensland on Wednesday, Mr Morrison denied ever suggesting Australia would be plunged into recession if Mr Shorten was elected.

“What I’m saying is that the Australian economy will be weaker under Labor. And it will,” he said.

“You cannot put $200 billion of higher and new taxes on an economy that is facing stiff headwinds, global uncertainty.

“Make no mistake: The Australian economy will be weaker under Bill Shorten and the Labor Party. Because, you know, Labor’s rule is always this: when they run out of their money, they always come after yours.”

Mr Morrison also gave a major speech where he warned a significant portion of voters had never experienced a recession and he didn’t want them to experience the cruel impact of a weaker economy under Labor.