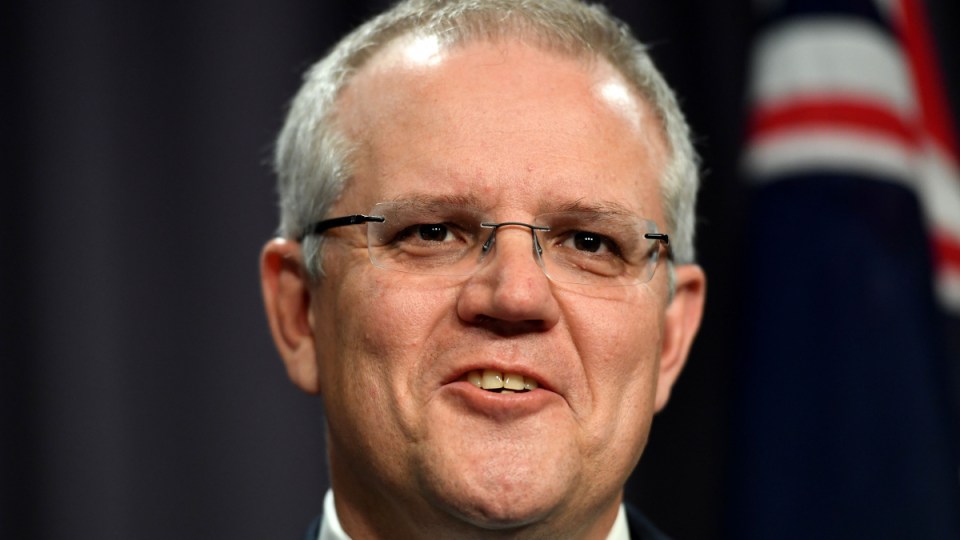 Scott Morrison has something to smile about at last. Photo: Getty

Scott Morrison has clawed back support over the summer break but still faces defeat at the next election trailing Bill Shorten 53 per cent to 47 on a two party preferred basis.

The result represents the best Newspoll result for the Coalition since support crashed in the aftermath of Malcolm Turnbull’s removal from the top job.

The first Newspoll of 2019, published on Tuesday in The Australian reveals the Coalition has lifted its primary vote lifting two points to 37 per cent.

But in a development that will be welcomed by marginal seat Coalition MPs, Labor’s primary vote has dipped three points to 38 per cent.

The result will be seized on by Treasurer Josh Frydenberg who has spent the summer hammering Labor’s tax policy on negative gearing.

It’s welcome news as the Morrison Government prepares for the onslaught of Labor attacks as the Royal Commission into the banking system hands down its final report on Friday.

The New Daily has confirmed that Mr Frydenberg will resist Labor’s demands to release the document on the day on the grounds it is a market sensitive document.

But it does plan to release the document within days, most likely on Sunday or Monday before the ASX opens.

Despite a week marred by three resignations by cabinet ministers, the summer bounce will be welcomed by Coalition strategists.

However, there was little change in the better Prime Minister stakes with Scott Morrison maintaining his lead over Bill Shorten as better prime minister 43 to 36 per cent.

Speaking on Monday before the release of Newspoll, Mr Shorten said said the resignations were more signs of chaos within the government.

“This is a government – every day it’s a new story of disunity or continuing chaos,” Mr Shorten said.

“If it’s not government members giving up and walking out the door, it’s longtime Liberals deciding to run against the Government as independents. So I think the Government is consumed by themselves and they can’t focus on the people.”

The Greens’ primary vote remains unchanged on nine per cent.

Scott Morrison gets popularity boost in first Newspoll of 2019