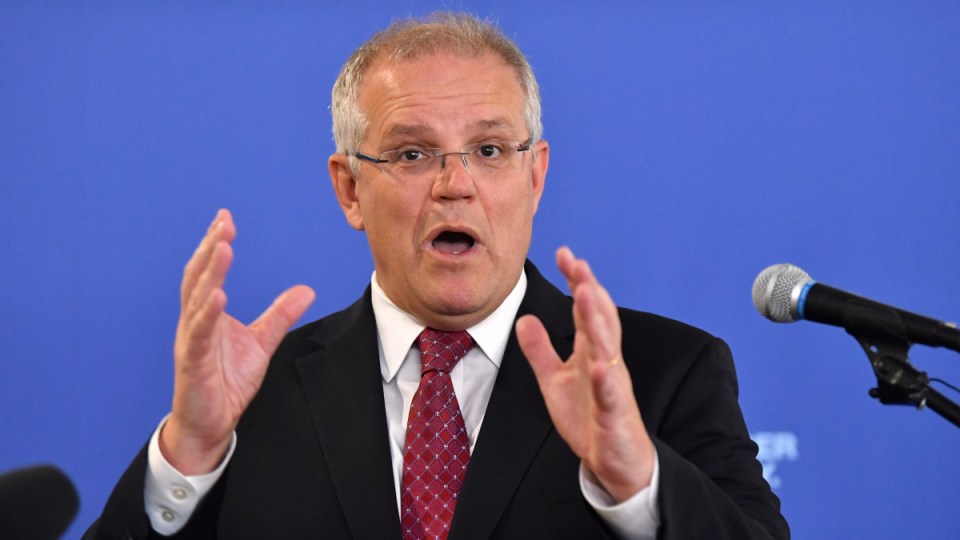 Mr Morrison kicked off his election pitches with promises to create 1.25 million jobs and save small business $750 million. Photo: AAP

Scott Morrison will increase the threshold for the instant asset write-off for millions of small businesses to $25,000 in his first major election pitch for 2019.

The Prime Minister spruiked the changes in Queensland, on the back of his pledge earlier on Tuesday to help create 1.25 million jobs if he is re-elected this year.

Mr Morrison said the changes would mean small businesses could instantly deduct all assets under $25,000.

The promise will cost the government an estimated $750 million in revenue foregone.

The Morrison government will introduce legislation for the new asset write-off when Parliament returns for the first time this year on February 12.

“This means from today small businesses can instantly deduct each and every asset under $25,000.”

“This measure will allow the more than three million eligible small and family businesses with a turnover of up to $10 million a year to keep $750 million of their own money so they can reinvest it in their business and support the jobs and wages of their 5.7 million employees.”

Under the proposal, Mr Morrison said small businesses would be able to immediately deduct purchases of eligible assets that are first used or installed ready for use during the period.

He made the announcement on Tuesday as the government confirmed it would delay the public release of the final report of the royal commission into the banking system.

It will now be released after the ASX closes on Monday at 4.10pm, reflecting the market sensitivity of the document.

While the Coalition is expecting a battering, there was some sunshine on Tuesday with the first Newspoll for the year.

It found the government has increased its primary vote by two points and Labor has dropped by three points. Based on the results, Labor leader Bill Shorten would still win an election if it was held last weekend, with the ALP maintaining a 53:47 lead over the Coalition on a two-party preferred basis.