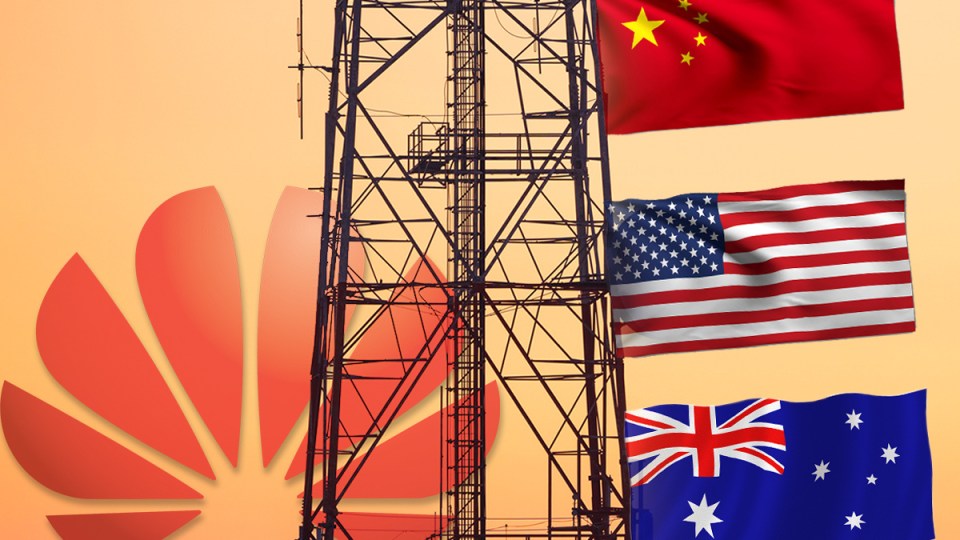 The government’s decision to ban Chinese telecommunications giant Huawei from the upcoming 5G network will slow down the rollout of the network, and end up costing consumers more, experts say.

Questions over the move have mounted after TPG revealed it will abandon plans to rollout the network with Huawei equipment.

While Huawei only plays a small role in the mobile phone environment in Australia, its key role in telecommunications infrastructure is what’s going to see consumers paying more for telco services.

The company has been making headlines for all the wrong reasons this week as talk of a ‘cold war’ between the United States and China escalated as the US laid criminal charges against the besieged firm and its high-flying chief financial officer Meng Wanzhou on Tuesday.

FBI director Christopher Wray said that Huawei “relied on dishonest business practices that contradict the economic principles that have allowed American companies and the United States to thrive”.

“The prosperity that drives our economic security is inherently linked to our national security … the immense influence that the Chinese government holds over Chinese corporations like Huawei represents a threat to both,” Mr Wray said.

Huawei has denied the allegations.

While Huawei commands little more than 5 per cent of the mobile phone market in Australia, it’s the company’s role as a supplier of key telecommunications equipment for new mobile networks projects that has put it in the firing line.

On Tuesday, TPG announced to the ASX that it has been forced to abandon its planned rollout of Australia’s fourth mobile network – billed as a gateway to the highly anticipated 5G network – due to the company’s reliance on Huawei equipment.

The use of Huawei infrastructure in the 5G network was nixed by the federal government in August on national security grounds, making TPG’s network unviable.

“A key reason for the selection of the vendor and the design of TPG’s network was that there was a simple upgrade path to 5G, using Huawei equipment,” TPG told the ASX.

“In light of the government’s announcement in late August 2018 that it would prohibit the use of Huawei equipment in 5G networks, that upgrade path has now been blocked.”

Somewhat surprisingly, the market responded positively to the news, with TPG’s stock ending the day 3.02 per cent higher.

Telecommunications expert Mark Gregory, an associate professor in network engineering at RMIT university, slammed the government’s decision to “single out” Huawei as “unfair”, and said it would end up costing consumers.

The decision to ban Huawei “appears to have been made in response to requests from the US that the equipment used in the 5G mobile networks only be provided by US or European companies, or from other friendly countries such as South Korea in the case of Samsung”, Dr Gregory said.

“There’s no direct evidence that I’m aware of that Huawei has been involved in security breaches or state espionage,” he said.

Dr Gregory criticised the Australian government’s decision to take sides in what has been termed a ‘cold war‘ between the US and China while simultaneously failing to take the necessary steps to ensure the security of the nation’s physical telecommunications infrastructure.

“I’ve had concerns for the last 10 years that telecommunications is an essential service and that we have no knowledge that the systems we are using are actually secure, irrespective of which provider they come from,” Dr Gregory told The New Daily.

“All of that equipment is also made in China, so to single out one company is in my view unfair, when we don’t have the capability to check what’s going on with the other companies.”

Consumers will end up bearing the brunt of the cost for the government’s Huawei ban, as it will hinder the rollout of the 5G network in Australia and reduce competition, Dr Gregory said.

While TPG has scrapped its mobile network plans altogether, companies such as Optus and Vodafone will take longer to deliver 5G as they scramble to find replacements for Huawei equipment.

“It will definitely make the cost of telecommunications more expensive for consumers,” he said.

“This is a no-cost approach [for the government] to the [nation’s telecommunications security] problem: You just simply ban things and leave the cost with the consumer and the telcos.”

James Laurenceson, deputy director at the UTS’ Australia-China Relations Institute agreed that Australians are “right to be respectfully sceptical of US pressure and owe it to ourselves to come up with our own assessments based on our own national interests”.

Professor Laurenceson also pointed to a “general heightened concern” in the US that China may “not only have caught up but surpassed its own capabilities in 5G” as a reason for the US’s “quite aggressive” moves against Huawei.

However, national security and foreign policy expert Rory Medcalf, head of ANU’s National Security College, dismissed concerns about Australia involving itself in US-China trade tensions and said the government’s decision to ban Huawei from the 5G network was justified.

“We have to accept the assessment of the security agencies that were behind that decision. I don’t think it was a narrowly political decision,” Professor Medcalf said.

“The evidence is that Australia took its own decision for independent sovereign reasons.”

“Vulnerabilities in Australia’s telecommunications infrastructure is a national security issue, as well as an issue about economics, privacy and convenience,” he said.

“Any contemporary society needs secure telecommunications to function. It’s critical infrastructure … Australia has its own secrets to protect, our own classified information and intellectual property.”

Should we be worried about Huawei? Experts weigh in as telco ‘cold war’ heats up