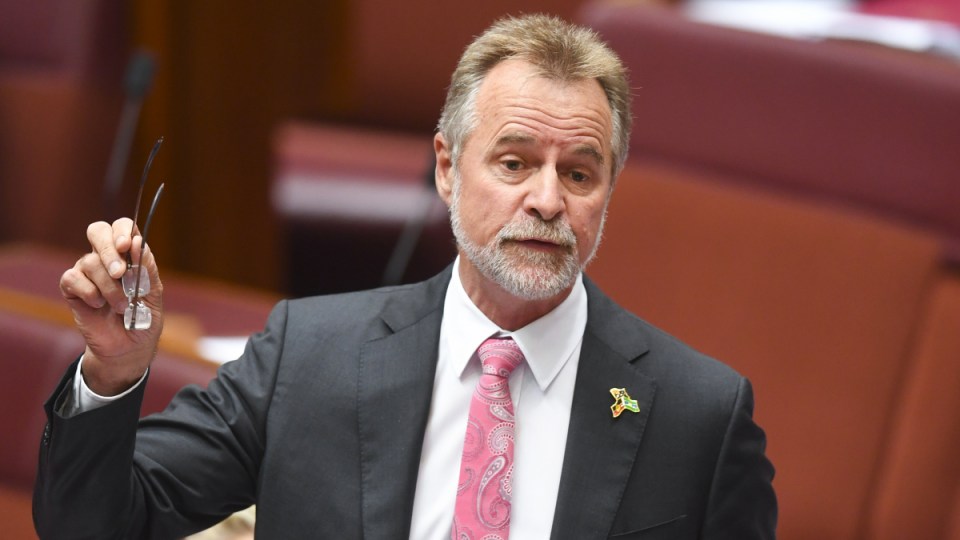 Senator Nigel Scullion is the latest Coalition minister to throw in the towel. Photo: AAP

Prime Minister Scott Morrison has been forced to field questions over whether the resignation of three cabinet ministers in a week signals Liberal MPs are “jumping off a sinking ship”.

On Saturday, Indigenous Affairs Minister and veteran NT Senator Nigel Scullion, who once made headlines when it was revealed he was chained to a strippers’ pole in Russia after a big night out, announced he will not contest the next election.

He joined his front-bench colleagues, Industrial Relations Minister Kelly O’Dwyer and Human Services Minister Michael Keenan, who also resigned in the past week.

Questions are still swirling over the political future of Julie Bishop, who ran against Mr Morrison in the August leadership ballot, and Craig Laundy, the former minister who quit the front bench after Malcolm Turnbull was dumped.

But Mr Morrison denied he was facing a mass exodus as the Coalition prepares for an expected bloodbath at the next election.

“In both cases, both Nigel and Michael had come to me and told me, first in Nigel’s case that he was retiring,’’ Mr Morrison said.

“Let’s not forget that both of these gentlemen have been serving in the Parliament for a very long time – Nigel in particular, over 20 years of service.

“He is retiring and it is OK to retire in this country.

“We’ve had members retiring and not standing at the next election from both sides of politics, and it means nothing more than that,’’ he said.

Senator Scullion, Mr Keenan and Ms O’Dwyer will all continue to serve in cabinet – and draw $300,000-plus minister’s salaries – until the election, which is expected to be held on May 11 or May 18.

“This is the time when people go away at the time of the break, they reflect on things, they make choices about their future. Australians are doing that all round the country at the moment,” Mr Morrison said.

Asked “Are they jumping off a sinking ship, Prime Minister?” Mr Morrison said he did not think so.

However, Mr Morrison conceded he could not guarantee more resignations will not follow.

“Well, members make their own decisions about these things. I’m sure Bill Shorten cannot make the same commitment,’’ he said.

Unprompted by journalists at the press conference, Mr Morrison then raised speculation over the future of NSW Liberal MP Craig Laundy, who holds the seat of Reid.

“I’ve met with many members. I see the reports about Craig Laundy and I’m catching up today. I caught up with him for about an hour during the week. He was overseas when I was calling many members over the break, as you’d expect me to do as the leader, and I said ‘let’s catch up for brekky when you get back’ and that’s what we did,’’ Mr Morrison said.

“Craig, when we discussed what he was doing back in August of last year, he stepped down from the ministry at that point. And these are matters for Craig and his family and at present he is continuing forward.”

The New Daily has contacted Mr Laundy for comment.

Mr Morrison dismissed speculation that Attorney-General Christian Porter was angling to take Ms Bishop’s safer seat if she quits before the election.

“Christian is 100 per cent-plus committed to where he is running right now and always will be,” the Prime Minister responded.

“He is passionate about his community and he has been running a very strong program for his local community and we will continue to do that.

Retiring Senator Nigel Scullion was “one of a kind”, according to Mr Morrison.

Apart from his misadventure with a strippers’ pole before entering Parliament, an episode he described as one of “the greatest nights of my life”, Senator Scullion has also posed nude to promote Top End local produce, protecting what was left of his modesty behind an avocado.

“The fact that it has allowed a bloke like me to sit around its cabinet table shows just why it continues to be the party hard-working Australian families keep putting their trust and faith in,’’ Senator Scullion said.

What, me worry? PM Scott Morrison scoffs at talk of even more ministers bolting for the exits