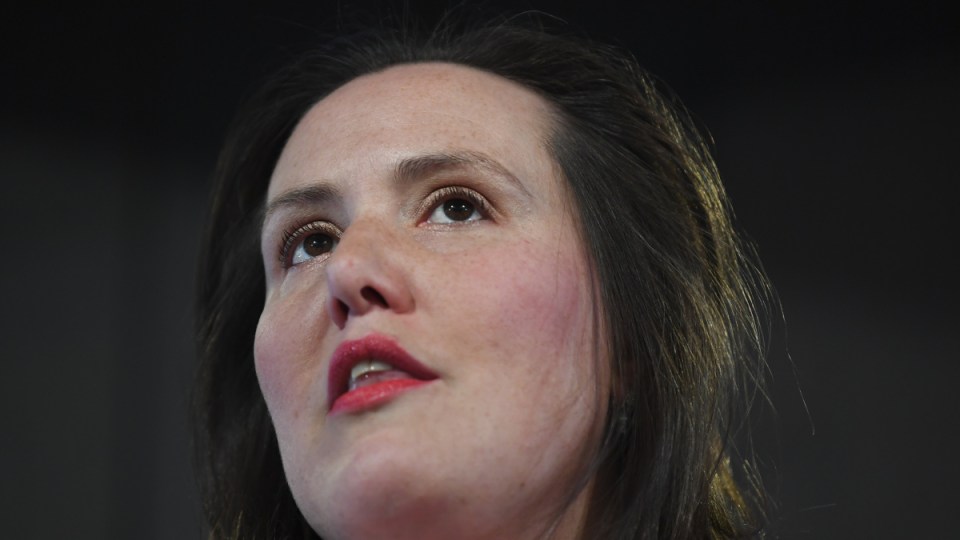 Kelly O'Dwyer will not contest her seat in the upcoming election.

Liberal frontbencher Kelly O’Dwyer has announced her shock resignation from politics declaring her reasons are “complex” and she wants to have a third child.

In another body blow for the Morrison Government, her departure could leave the Victorian Liberals without a single female MP in the House of Representatives.

“I need to be honest that I can’t continue to commit to another three years.

“No job is forever, and after four elections and going on a decade in the parliament, it’s time to give someone else the opportunity to serve.”

Flanked by the Prime Minister Scott Morrison, who hailed her “choice” to choose her family over politics Ms O’Dwyer confirmed that at 42 she wanted another child and everything “had to go right”.

“This does not mean that men or women need to choose between family and public service – they don’t,” Ms O’Dwyer said.

“Of course there are sacrifices and for a time I have willingly made them. With the right support you can do both, and do both well.”

Ms O’Dwyer said she was confident that Mr Morrison would win the election and that a woman will be preselected for her seat of Higgins.

Since she was elected in 2009 the margin has been whittled down with Greens candidate Jason Ball performing strongly that the last election.

The surprise resignation will reignite the hopes of the Greens or Labor they could secure an upset victory in the previously blue ribbon seat once held by Peter Costello.

Her departure also risks leaving the Liberal Party in Victoria without a single female in the House of Representatives.

Victorian Liberal MP Sarah Henderson is tipped to lose her seat and former Liberal MP Julia Banks has quit to become an independent.

Ms O’Dwyer’s departure will also reignite speculation over a political career for Tony Abbott’s former chief of staff Peta Credlin who has been repeatedly wooed by millionaire preselectors to challenge Ms O’Dwyer.

For now, Ms O’Dwyer will retain her portfolio including as the Minister for Women, until the election.

Powerful Liberals have repeatedly urged Ms Credlin to run against Ms O’Dwyer in retribution for her role in superannuation changes that hit the rich.

Contacted today by The New Daily over whether she will run, Ms Credlin was unavailable for comment.

The pair share a bitter history, with Ms Credlin accused of holding back Ms O’Dwyer’s career during the Abbott years.

During the leadership ballot that saw Malcolm Turnbull exit politics, Ms O’Dwyer also backed claims there Liberals that had “tried” to bully and intimidate her on occasion.

Ms O’Dwyer added she has been “a little bit disgusted” by some of the commentary accusing Liberal women of being snowflakes or princesses.

Meanwhile, The Nationals have chosen a woman to replace “Sugar Daddy” MP Andrew Broad, who quit politics after it was revealed he was using a dating website to meet women despite being both a married man and staunch public advocate of “family values”.

Mildura-based Anne Webster beat a field of six candidates to secure preselection, but it’s unclear if the Liberals will also field a candidate amid reports that Tony Abbott’s ex-chief of staff Peta Credlin is under pressure to throw her hat in the ring.

“I’m honored to be chosen to represent our party at the next election,” Ms Webster said.

“I will continue to be a strong advocate for my community and I am excited to take up the fight for the people of regional Victoria.”