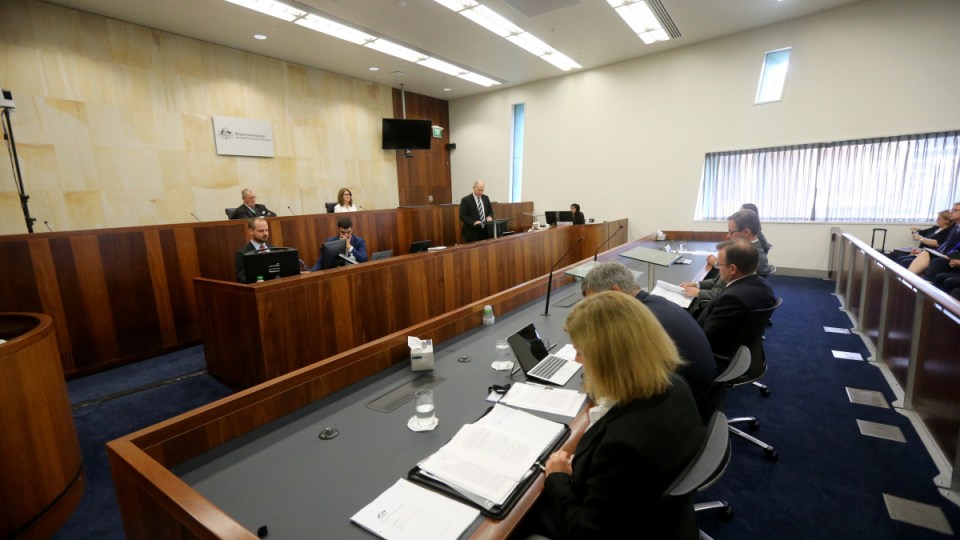 The year-long investigation will tackle the extent of sub-standard treatment in aged care. Photo: AAP

Out of almost 2000 Australian aged care providers invited to shed light on the sector ahead of the royal commission into elder abuse, only 83 have been forthcoming with information, the inquiry has heard in Adelaide.

Speaking to a packed public gallery on Friday morning, Commissioners Richard Tracey QC and Lynelle Briggs outlined the focus of the much-anticipated investigation into the sector after it was plagued by complaints of mistreatment.

The 2017 Oakden scandal was among a string of disturbing cases involving abuse in nursing homes across the country which led to the royal commission, announced last September.

In her opening, Commissioner Briggs said there had been a “rising torrent of concern” that the sector has been floundering and may no longer be “fit for purpose”.

“We need to assure all Australians that the system will deliver for them and their families,” she said.

She said the “likely major themes” of the inquiry would be quality and safety, access and inclusion, young people with disabilities, future challenges and opportunities and how to deliver quality care in a sustainable way.

“We will look at the expectations of Australians,” she said.

“A key feature of our task is a focus on the future and what the aged care system in Australia should be: a world-class caring system in which those receiving aged care and their loved ones can have confidence.

“A system which has services that are compassionate, fit for purpose, customised to individual needs, and of the highest standards in terms of quality and safety.”

Commissioner Briggs said letters had been sent to all approved aged care providers across Australia, asking them to identify any complaints or examples of sub-standard care.

She said any provider who did not engage with the commission would “draw attention to themselves and their practices”.

“We need to understand what is wrong with it and what works … to ensure people in the future are cared for,” she said.

Commissioner Briggs said the inquiry would ask aged care patients themselves what they expected out of services designed to oversee their welfare.

“We will give voice to them,” she said.

Commissioner Tracey said in his opening that the commission would be “gravely concerned” if any provider instructed their staff not help or give evidence to the royal commission.

“It would be unlawful for an employer to take punitive action against an employee or former employee who has assisted us,” he said.

He said the commission was a “once in a lifetime opportunity” to come together as a nation to improve the quality and safety of services in the aged care sector which better align with Australian expectations.

“The hallmark of a civilised society is how it treats its most vulnerable people – and our elderly are often among the most physically, emotionally and financially vulnerable.

“Frail and elderly members of our community deserve to, and should be, looked after in the best possible way.”

Senior counsel assisting the inquiry Peter Gray QC said there was evidence that older Australians were not getting the best care in the aged care sector.

“Our elderly deserve compassionate, high quality and safe care that is protective of their wellbeing and that respects their dignity,” he said.
He said it was important that any failings were recognised and understood.

Mr Gray said of the almost 2000 requests sent out to Australian aged care providers seeking information, 83 had handed over information.
He said the most common complaints so far related to the way people were treated in residential care.

“Incidents being reported include elder abuse, medication mismanagement, overuse of psychotropic medications, issues of food safety, not responding in a timely manner to residents requiring assistance, and inadequate wound management leading to death,” he said.

Witnesses will start giving evidence next month in Adelaide, before the inquiry moves across the country.

The commission will be directed to inquire into all forms of Commonwealth-funded aged care, wherever they are delivered.

It will cover care for people in aged care facilities, in-home care services, and care for young Australians with disabilities living in a residential aged care environment.

The commissioners will be required to produce an interim report by October 31, and a final report by the end of April 2020.