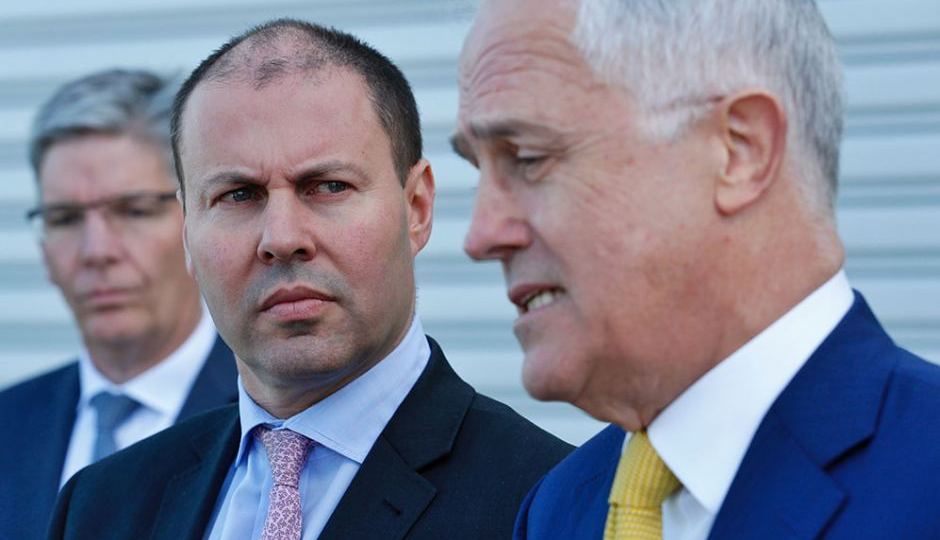 Enery Minister Josh Frydenberg will be looking to PM Malcolm Turnbull for support in negotiations with the states. Photo: ABC

Treasurer Josh Frydenberg and Prime Minister Scott Morrison have been cleared of wrongdoing over a $443 million grant to the Great Barrier Reef Foundation, but an audit report has found the compressed timeframe demanded by the government created problems.

The audit report finds that deal was rushed through at the Turnbull government’s request, resulting in insufficient scrutiny.

It finds the department only took three days to decide on the foundation as the preferred recipient of the huge grant and spent nearly $87 million on administration costs.

Labor has long suspected it was an attempt to front-end spending to improve the surplus in future budgets.

It has vowed that, if elected, all remaining funds will be returned to taxpayers, with interest, in accordance with the contract.

But Environment Minister Melissa Price said while the government noted the findings, the Australian National Audit Office report did not dispute the benefit of the investment in the reef.

The report also found that the administration costs of the grant would run into the millions of dollars.

“None of the findings or recommendations affect the conclusion that the partnership is an effective way to boost the health of the reef,” Ms Price said.

“It needs to be acknowledged that administrative costs are a normal and necessary part of most grants. Administrative funding for this grant is reasonable and consistent with the amount provided for other grants administered through the Reef Trust.

“The foundation has advised the audit office that the majority of their partners under the grant will receive no funds for administration of the project from the grant.”

“The Auditor-General concluded: “No consideration was given to the financial cost to the commonwealth (in terms of additional public debt interest) of paying the full grant amount in 2017-18,’’ Mr Bowen said.

“All handing over the amount in one lump sum did was give a private benefit to a small, private foundation with a cost to the taxpayer through higher public debt interest.

“It’s completely unsurprising that Josh Frydenberg, the then environment minister and now Treasurer, was complicit in adding millions of dollars to public debt without any sort of consideration. He’s not up to the job of Treasurer now, let alone when he didn’t have the job.”

The report also found that:

Advice to the ANAO from the department was that there had been informal discussions within the department about other potential partners, but there are no records of this.

The department also did not explore opportunities to introduce some competition into the grant-giving process (the grants framework seeks to encourage competitive, merit-based selection processes), with the department advising the ANAO it considered that it did not have time to do this.

Shortcomings were also identified with the program guidelines.

The first was a lack of targets for expected outcomes and scope for private-sector funding. The second dealt with clear assessment criteria for value-for-money partnerships not being included.

Shadow environment minister Tony Burke characterised it as “this is a government that is reckless with other people’s money”.

“The reef belongs to all of us.”