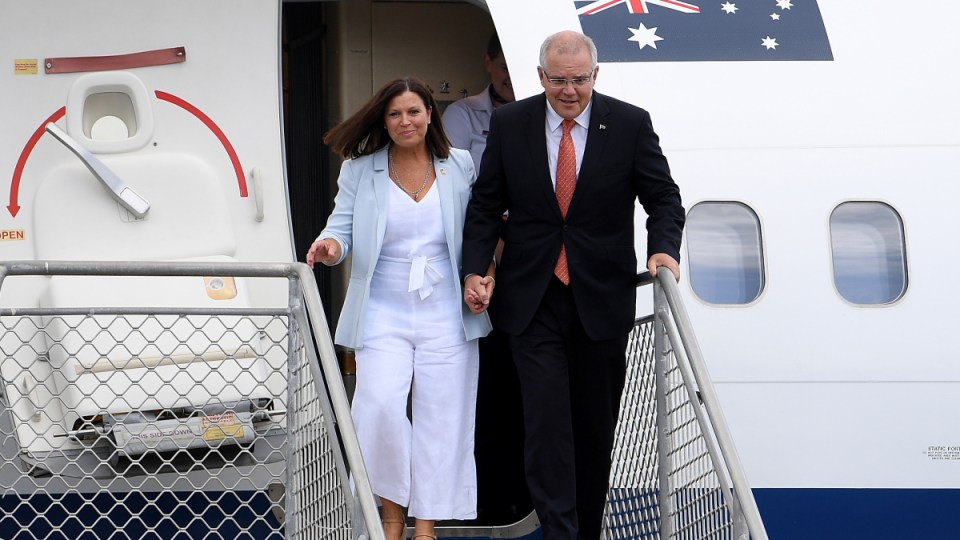 Australia is promising to help Vanuatu and other Pacific nations deal with the effects of climate change to help maintain their way of life.

“We’re very committed to funds in the Pacific to deal with programs to deal with the impacts of climate change here,” Mr Morrison said at the beginning of a meeting with officials.

“Rather than going through international agencies with funds like this, we believe we can do this best direct as partners,” he said.

Mr Salwai welcomed the chance to talk about security, infrastructure and the economy, with the seasonal worker program and Pacific labour scheme on the agenda.

Mr Morrison said Australia was working hard to ensure opportunities were there for young Pacific workers to get training and skills to take home.

The Australian PM will travel to Fiji on Thursday for more meetings on security, infrastructure and the economy.

Labor frontbencher Chris Bowen said Mr Morrison and the government had ignored the Pacific for too long, so it was good he was now visiting the island nations.

“His visit to Fiji in particular highlights the bungling and mismanagement of the home affairs portfolio by Peter Dutton,” Mr Bowen told reporters in Sydney.

Fijian officials are furious with Australia for attempting to strip terrorist Neil Prakash of his Australian citizenship, with the ISIS fighter awaiting trial in Turkey.

The Melbourne-born terrorist has a Fijian father, but Fiji says Prakash is not one of their citizens.

“It’s very clear Peter Dutton has not dealt with the Prakash matter in accordance with the normal understandings and procedures,” Mr Bowen said.