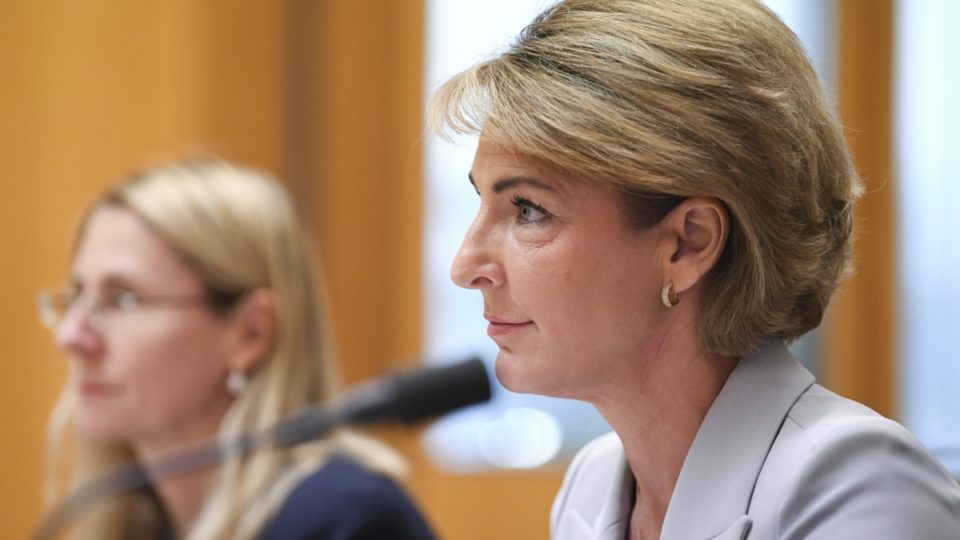 Senator Cash will give evidence to the court on Friday. Photo: AAP

Liberal frontbencher Michaelia Cash has warned Bill Shorten he still has question to answer over the Australian Workers’ Unions donations to activist group GetUp after confirmation her former staff will not face prosecution over the saga.

The Australian Federal Police have confirmed to the Federal Court that while a brief had been referred to the DPP, charges will not be laid over the leaks, because there was no reasonable prospect of conviction.

Labor and unions had demanded an investigation over concerns that laws were broken when the Ms Cash’s staff tipped off media about the 2017 raids. Media were in place before police arrived.

Ms Cash has consistently denied any knowledge of the raid, but the controversy was widely regarded as one of the chief reasons she was moved on from the portfolio, in an attempt to blunt Labor attacks.

She told The New Daily that it was the Labor leader who now had questions to answer.

“What remains unanswered is whether Bill Shorten properly authorised the use of AWU members money for donations to GetUp and his own election campaign,” Ms Cash said.

“As previously stated, neither the Minister not her office is under investigation.”

The raids, involving police and officials from the Registered Organisations Commission, targeted any documents relating to an AWU donation to political campaigners GetUp during the period when Labor leader Bill Shorten ran the powerful union.

But the AFP have now told the Federal Court that the case is closed.

“The AFP can confirm the CDPP (Commonwealth Director of Public Prosecutions) has advised they will not be proceeding with a prosecution as there are no reasonable prospects of conviction,” the AFP said in a statement.

“The AFP considers this investigation finalised.”

Ms Cash’s senior staffer David De Garis later quit over the leaks, but Labor has long demanded whether other staff or other cabinet ministers offices’ were also involved with the media tip offs claiming a political cover up.

Labor’s employment spokesman Brendan O’Connor said he was disappointed in the CDPP’s decision.

“While I respect the independence of the AFP and CDPP, it has to be said that it is very disappointing that no charges are to be laid in a matter where Senator Cash confirmed to the Senate that a staffer confessed to a crime,” he tweeted.

Two years ago, Labor accused the Turnbull Government of diverting police resources to prosecute political attacks, with Tanya Plibersek asking why “this born-to-rule prime minister was diverting the limited resources of the federal police so that he can attack his political opponents?”

In Parliament, Labor leader Bill Shorten demanded to know why at least 25 Australian Federal Police officers were deployed on a raid of the AWU offices to investigate a 10-year-old political donation when the police force lacked resources to investigate serious drug crimes.

Former Prime Minister Malcolm Turnbull responded by asking Mr Shorten if he was seriously trying to suggest that “breaches of the law, breaches of union rules should not be investigated because they’re 10 years old?”

“That would be very convenient for the leader of the opposition,” he said.

However, ACTU secretary Sally McManus said regardless the outcome of the AFP investigation Senator Cash had questions to answer.

“Michaelia Cash has serious questions to answer about her conduct. These are questions she has hidden from since October 2017,” she said.

“She has been subpoenaed to face allegations around abuse of power in court by the AWU.

“It is not acceptable in a democracy to use the power of the state to harass and intimidate working people’s representatives. That kind of behaviour belongs in a dictatorship.”