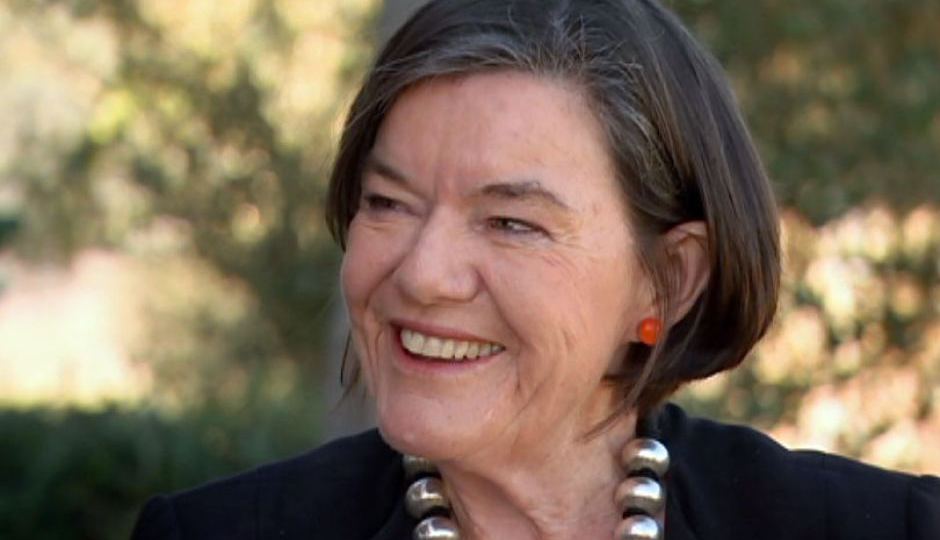 McGowan said the timing was right for a fresh candidate. Photo: ABC

Independent MP Cathy McGowan will retire from politics after her supporters anointed rural health researcher Helen Haines to replace her.

Ms McGowan won the electorate of Indi in Victoria’s north-east in the 2013 election, when she defeated incumbent Liberal MP Sophie Mirabella.

In November last year the Voices 4 Indi community group, which campaigned for her in the 2013 and 2016 elections, posted advertisements calling for a successor to Ms McGowan.

On Saturday, a delegation of supporters voted to endorse Dr Haines to succeed Ms McGowan should she decide to retire at the next election.

Speaking in her electorate this morning, Ms McGowan said she had decided that the “timing is right” for a fresh independent candidate in the seat.

“I’ve run the first leg of an amazing relay … now it’s time to pass on the baton,” she said.

Ms McGowan previously said she would only step aside at the next federal election if she was confident her replacement would retain the seat.

Dr Haines on Saturday said it was a privilege to have been selected as Ms McGowan’s successor.

“It is overwhelming. I’m not a career politician,” she said.

Dr Haines was one of three candidates to face more than 200 Voices 4 Indi supporters at a forum in the Victorian town of Benalla.

The other candidates were Ms McGowan’s sister Helen and north-east educator Angela Tough.

She increased her margin to 4.8 per cent at the 2016 election, handing another loss to Ms Mirabella.

Dr Haines, who is also a nurse and a midwife, said she wanted to give back to the community she has lived in for more than 30 years.

“We need intelligent women. We need rural women. We need people from the communities to speak up and say ‘Canberra, we want better than what we’re seeing’,” Dr Haines said.

“I think Steve Martin is an unbelievable talent who is completely focused on delivering health and medical research outcomes,” Mr Hunt told reporters in Melbourne.

Nationals deputy leader Bridget McKenzie has hinted at contesting the seat, moving her office from Bendigo to Wodonga and refusing to rule out a potential switch to the lower house.

“We know the main political parties are going to throw everything at Indi. I say bring it on,” Ms McGowan said.