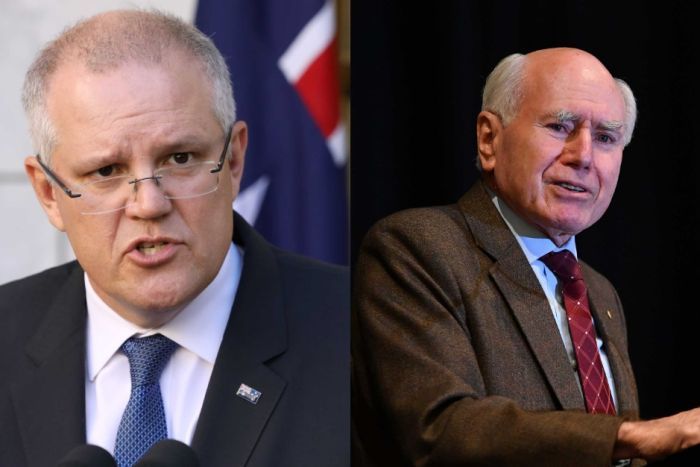 Scott Morrison has praised former prime minister John Howard after he reportedly intervened in an alleged domestic violence incident while out walking.

Mr Howard stopped a couple fighting while on a morning walk near his Sydney home on Wednesday and then waited with a woman until police arrived.

New South Wales Police confirmed a “79-year-old man assisted at the scene but was not involved”.

“How great is John Howard?” Mr Morrison said on Sunday when asked about the incident.

“It shows the character of the bloke.”

Mr Morrison said the government took the issue seriously and spoke about a $350 million investment in domestic violence initiatives.

“John Howard gave us a reminder we all have a responsibility when it comes to this and to call stuff out as citizens,” he said.

“Well done John Howard. Any violence against women is unacceptable,” he tweeted.

Following the alleged assault, a 44-year-old woman was charged with breaching an apprehended domestic violence order while a man, 47, was taken to hospital.

The woman is due at Manly Local Court on Tuesday and police said they “hope to speak with the man once he is deemed well enough”.

Police said the man and woman are known to each other.