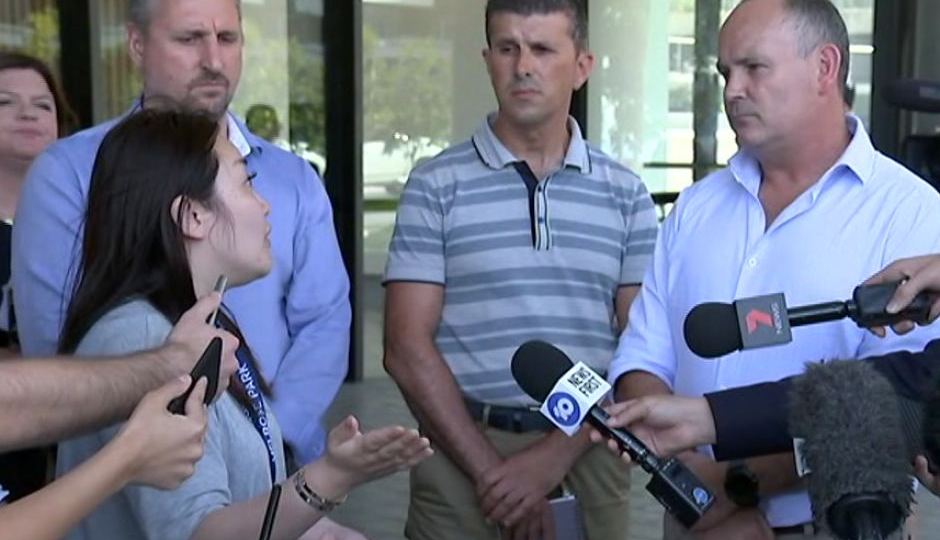 Some residents have refused to leave Sydney’s cracked Opal Tower despite being asked by the building’s developer to move out, prompting the NSW government to request an urgent update on the investigation.

Residents were first evacuated from the building on Christmas Eve after some people heard cracking noises and emergency services were called.

Most had moved back in to the Sydney Olympic Park building when on Thursday they were told by the developers the entire tower would need to be emptied so their investigations could continue for at least 10 days.

However, on Friday evening, a few residents hadn’t left.

“While most have moved out, a handful are yet to move,” a spokesman for developer Ecove told AAP.

A spokesman for the NSW Planning Minister Anthony Roberts told AAP he was “seeking an urgent update from the developer” about the status of the residents remaining in the tower, and what “ramifications” that had on the investigation.

The government, which has been criticised by Opposition Leader Michael Daley for being slow to act on the problem, on Friday afternoon announced it had appointed an independent panel of engineering experts to investigate the tower.

Icon, the builder behind the project, said on Thursday afternoon all residents would be relocated over the next 24 hours.

Residents are being warned the investigation may take 10 days.

Residents were originally evacuated from the building on Christmas Eve after a large crack developed on the 10th floor of the newly-opened building.

It was later revealed to be a concrete panel, known as a pre-cast panel. Fifty one apartments – or about one third of the inhabited residents in Opal Tower – are still considered unsafe for residents to return.

Icon, which until Thursday has been almost silent on the structural problem, said the damaged section of the building had now been reinforced as a “precautionary measure” while a team of engineers carried out the investigation.

It said the building was “structurally sound”.

Residents who had returned to the building were told of the relocation plan at a meeting at the Sydney Olympic Park site.

Icon director Julian Doyle was confronted by one angry resident outside the building today who questioned how long the process was going to take.

“The accommodation [you provided] is terrible [compared] to our apartments.”

Mr Doyle said they were evacuating all residents to “expediate” the investigation process.

“We’re still investigating [and] we really want to investigate further,” he said.

The investigation is being led by global engineering firm WSP, with assistance from senior engineers from Japanese-based Kajima Corporation, the majority owner of Icon.

“We believe we did get it right … we’re spending a lot of time and energy with a team of the country’s best engineers to understand why this took place 18 months after it was installed,” Mr Doyle said.

The developer behind Sydney’s Opal Tower has come out in defence of its building and the industry, saying it is too early to speculate and draw conclusions because of “one failed panel”.

Opal Tower developer Ecove, which is also behind three similar apartment tower developments in western Sydney, and Icon are both facing mounting scrutiny over the quality of the build and questions are also mounting over the streamlined New South Wales government approvals process.

Fifty one apartments – or about one third of the inhabited residents in Opal Tower – are still considered unsafe for residents to return, with the affected people forced to spend the Christmas holiday period in alternative accommodation.

It is still unclear when residents will be allowed to return, if at all.

Ecove director Bassam Aflak, who first spoke on the issue two days after it occurred, said the company had been as “transparent as possible”.

“We’re pushing as hard as everyone else for information on what’s happened,” Mr Aflak said in a statement.

“It’s too early to leap to any conclusions, for instance, to speculate on wider building issues because of what appears to be one failed panel.”

The NSW government said on Wednesday it was conducting a “comprehensive investigation” into the structural integrity of the building.

The Opal Tower’s development approval came under the “state significant development” legislation – introduced in 2011 – and was given the green light by the NSW Department of Planning in 2015.

Many residents from the tower – even those not in the affected area – have indicated they will be looking for alternative accommodation.

Although some have returned home, some experts have suggested the problems in the building could trigger a fire sale.