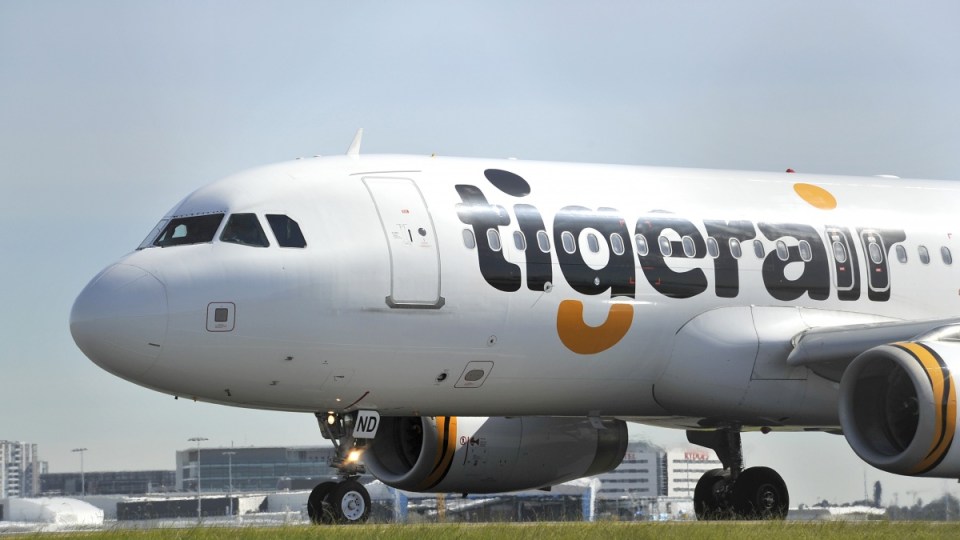 A Tigerair flight was forced to make an emergency landing after an on-board incident. Photo: AAP

A Tigerair flight from Sydney to Melbourne was forced to turn back and make an emergency landing after a ‘written threat’ was discovered onboard.

Police surrounded the aircraft on its return to Sydney, and passengers were ordered to remain seated and switch off their phones as the plane sat on the tarmac for two hours before the all clear was given to disembark.

Tigerair Flight TT271 originally took off from Sydney at 6.40pm and police said the captain was alerted to the threat at around 7pm, prompting him to abort the flight.

“The captain made the decision to return to Sydney following an incident onboard. In line with standard procedures, the Australian Federal Police met the aircraft on arrival,” a Tigerair spokesperson told The New Daily.

The flight touched down safely at Sydney airport around 8:30pm.

Channel Nine news reported the security scare was sparked by the discovery of a written threat.

“The safety of our crew and guests is always our highest priority and we are working with the relevant authorities to investigate the matter,” Tigerair said.

@TigerairAU Why has there been an emergency landing in Sydney? Can you please let us know what’s happening as this is deeply concerning.

Passengers onboard the flight were left in the dark as the aircraft turned around.

Cast member of popular children’s group, Hi-5, Tanika Anderson, wrote to Tigerair on Twitter: “Why has there been an emergency landing in Sydney? Can you please let us know what’s happening as this is deeply concerning”.

“Any updates? I’m trying to find information, my partner is on the plane,” Anderson said on Twitter.

While former Hi-5 cast member Stevie Nicholson, who was also on-board the plane, tweeted from Sydney asking for an explanation.

My @TigerairAU flight from Sydney to Melbourne just took off, we flew for an hour and then we just landed back in Sydney. We haven’t been told why yet. @TigerairAU can you let us know why?

The New Daily understands hundreds of passengers aboard the flight were left stranded at Sydney Airport, with claims Tigerair had told them that the next available flight was on Tuesday night.

A NSW Police spokeswoman told The New Daily that Botany Bay police together with emergency response agencies attended Sydney Airport in response to a threat on a domestic flight.

“When they became aware of a potential threat as a precautionary measure the plane was turned around and landed at Sydney Airport,” the spokeswoman said.

“Passengers have disembarked. No arrests have been made and no  passengers were injured. An investigation is underway by detectives from Botany Bay police,” she said.