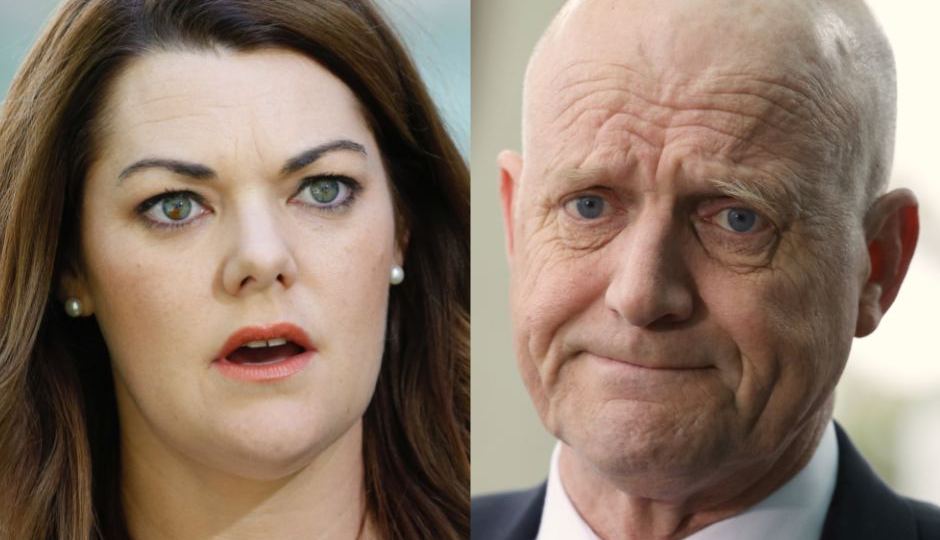 David Leyonhjelm requested an extension to allow him to get sworn evidence from another senator. Photo: ABC News

Liberal Democrat senator David Leyonhjelm has struggled to get supporting affidavits from his parliamentary colleagues, as he defends defamation action from Greens senator Sarah Hanson-Young.

In the Federal Court today, lawyers for Senator Leyonhjelm requested an extension of time to allow them to get sworn evidence from Centre Alliance senator Stirling Griff.

Senator Hanson-Young has accused Senator Leyonhjelm of attacking her character in a media statement made in June as well as during radio and television interviews in July.

She claims Senator Leyonhjelm suggested she was a misandrist and a hypocrite and that he repeatedly falsely accused her of claiming that all men were rapists.

At a court hearing in Adelaide — where neither senator was present — Senator Leyonhjelm’s lawyer Leon Bertrand said Senator Griff was present in the Senate when Senator Hanson-Young made the alleged comments about men being rapists.

“My client is the only member of his own party in the federal Parliament, and as such it is a little bit more difficult for him to obtain affidavits from some of his Senate colleagues,” Mr Bertrand told the court.

I am informed that he has not found it very easy to obtain affidavits from his Senate colleagues.”

“If an extension of time isn’t granted, my client’s opportunity to prove the truth of what was allegedly said in Parliament would be severely compromised.”

Justice Richard White said the request for an extension of time was “a little surprising” and “disappointing”.

The deadline set by the court was initially November 30, but it was today retrospectively extended to December 12 after some documents were filed late by Senator Leyonhjelm’s lawyers.

“Your client has been well aware of the timeline imposed by the court … I don’t think it can be said that you’ve provided an adequate explanation for his failure to do so,” the justice said.

He ordered any formal application for an extension to be made within four weeks, and that it contain an explanation of why the deadline was not met, as well as a draft of the proposed affidavit from Senator Griff.

In a statement, Senator Griff said he had no intention of providing an affidavit for Senator Leyonhjelm’s defence and was only asked to provide a statement yesterday.

“I indicated I was not inclined to do so, as I heard both Senators — and others — firing off at each other but could not be certain of the words used on the day in question,” he said.

Parties to enter into mediation

Justice White also ordered both parties into formal mediation to attempt to reach a settlement, despite neither party indicating they wanted to.

Senator Hanson-Young’s lawyer Sue Chrysanthou, indicated a lack of confidence that private conversations held with the other party would remain private, following comments to the media by Senator Leyonhjelm.

“We don’t seek a mediation but have nothing to say if your honour orders it,” Ms Chrysanthou told the court.

Mr Bertrand said his current view was that there was “not a great likelihood of the matter settling by mediation”.

Justice White ordered the parties to meet in the presence of a court registrar to try and reach a full or partial settlement on the case.

“Obviously, Mr Bertrand, you’ll be advising your client of his obligations regarding… what is now called settlement privilege,” the justice said.

“There ought not to be any repetition of conduct by him involving a breach of that privilege… no doubt you’ll be advising him of the potential repercussions.”

He said it was common for reluctant participants in mediation to achieve a resolution.

“I see no reason to suppose that persons who hold responsible positions such as senators in the Australian Parliament would not be able to participate in a bona fide, and sensible, and rational way in the mediation,” he said.

A trial has been scheduled to begin in late April in Sydney.

Senator Leyonhjelm had unsuccessfully applied to have the case thrown out of Federal Court.

He is appealing that decision.