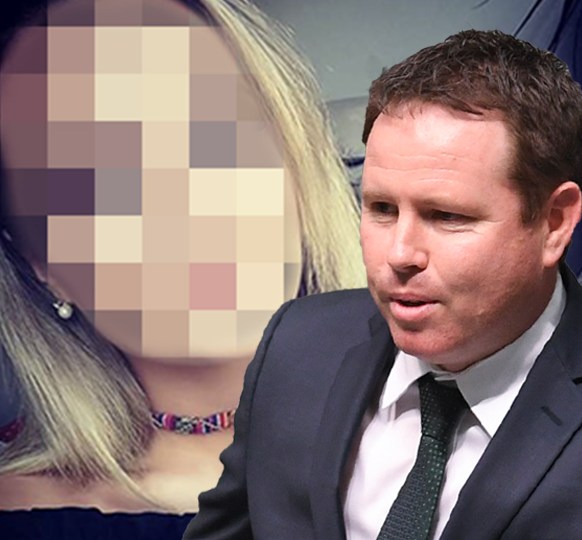 “I’ve never been one to put myself on a moral high ground. I am full of mistakes like anyone else.” Photo: AAP/Supplied.
exclusive

Prime Minister Scott Morrison was blindsided by the sex scandal engulfing the assistant minister to the Deputy Prime Minister and only learned of the police investigation from reading New Idea magazine, it can be revealed.

The tale of the married junior minister, his alleged use of a “sugar daddy” website to meet a woman 20 years his junior in Hong Kong and the police investigation that followed, prompted Victorian MP Andrew Broad to quit the frontbench on Monday.

The New Daily can reveal that Mr Broad embarked on his fateful and inauspicious trip to Hong Kong to meet up with the woman within days of being appointed to the ministry in August. He texted the woman, who was known by an alias, to inform him of his “big promotion”.

Mr Broad has told colleagues his promotion, which followed the leadership coup, was “unexpected” and he decided to keep his appointment in Hong Kong to visit trade show, Asian Fruit Logistica.

The revelation confirms that Mr Broad travelled to Hong Kong as a minister on electorate business but paid for the international travel and accomodation privately before meeting the woman.

“I’ve never been one to put myself on a moral high ground. I am full of mistakes like anyone else.”

It was during the trip, which Mr Broad insisted was funded privately, that he decided to mix business with pleasure and meet up with the woman he had met through the “sugar baby” website.

The New Daily understands that the MP says the woman subsequently asked for $8000 in cash from Mr Broad, with whom she did not have sexual relations. He declined her request.

The Australian Federal Police said last night it had investigated the matter in November and failed to find any offence under Australian law.

The Victorian MP said the fallout was a private matter between himself and his wife, and he would not discuss it publicly.

The Deputy Prime Minister was also dragged into the scandal after he first claimed to have learned of the matter a couple of weeks ago, before it emerged the police referral was on November 8.

But it has now emerged that he kept the Prime Minister in the dark, before the affair blew up on the same day the Morrison government released the Mid Year Fiscal and Economic Outlook that it described as the best budget books since the Howard government.

“When asked today about the timing of Mr Broad’s notification to me of allegations against him in the media, I responded ‘a couple of weeks ago’ as I thought that was approximately the timing of that call,” Deputy Prime Minister Michael McCormack said on Monday night.

“At the time, Mr Broad advised me that he had contacted someone overseas for a date and went out to dinner with the individual. He said nothing more than that had happened and that he was on a personal trip to Hong Kong. Further, he told me the person had then made contact with him again after the dinner in circumstances I felt he should refer to the AFP, if he had not already done so.

“Based on the information provided to me by Mr Broad, I believed it was a matter for him and his family at that time. As to the exact date Mr Broad notified the AFP, the AFP has confirmed it was 8 November 2018.”

The New Daily understands that Mr Broad insists he never had sex with the woman. She has reported that he put his hand on her leg but she rejected him after he complained bitterly of the prices at the expensive Hong Kong restaurant where the pair met.

The New Daily does not suggest the New Idea allegations are true only that the woman has made them.

New Idea also alleges that Mr Broad told prospective dates: “I’m an Aussie lad, I know how to ride a horse, fly a plane and f–k my woman. My intentions are completely dishonourable”.

While the trip was related to his electorate work, it was privately funded.

The married MP, who has previously opposed same-sex marriage and compared homosexuals with “randy rams”, is the member for the safe Victorian seat of Mallee, and was recently appointed assistant minister to the Deputy Prime Minister.

“Obviously, his resignation has a personal element for which I have absolutely no comment; that is entirely a matter for him,” he said. “His resignation doesn’t help the chaos and dysfunction at the heart of the Morrison government.”

PM was kept in dark over MP’s ‘sugar daddy’ scandal