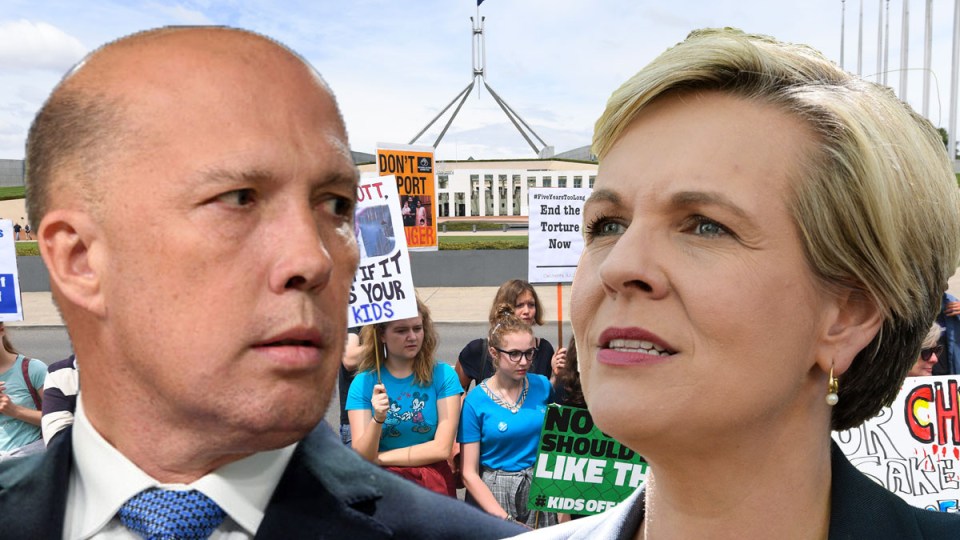 Peter Dutton has accused Labor’s Tanya Plibersek of not being up to the job of sitting on the national security committee suggesting people smugglers will be “rubbing their hands together”.

Accusing Labor of preparing to “trash” offshore processing, Mr Dutton said the prospect of the deputy Labor leader having a role in national security was a clear risk.

“Now Tanya Plibersek sits around the national security committee in a Labor Government. Do you think that she has the ability to turn back boats where it is safe to do so?,” Mr Dutton said.

“Will she make that call? I doubt it very much. So people smugglers will be rubbing their hands together. ”

Ms Plibersek had previously suggested that the boat turn back policy had strained the relationship with Indonesia when she held the foreign affairs portfolio.

“We certainly have been opposed to turn backs,” she said in 2015.

“Tony Abbott can’t get a phone call from the Indonesian President – it has affected our relationship with Indonesia in the past. It has not been good for it.”

Three years ago, Ms Plibersek was accused of being in “witness protection” at the ALP conference over the boat turn back policy. While Anthony Albanese warned “doing nothing” on boat turn backs was not an option, Ms Plibersek voted by proxy to oppose turnbacks to avoid publicly embarrassing the leader.

Mr Albanese has now publicly fallen into line on boat turn backs, confirming he will not seek to overturn the policy.

“You just can’t trust them to turn the boats around. The vast majority of Labor MPs believe turning back boats its illegal or immoral,” Mr Abbott said.

Mr Abbott warned that it was the government’s job to protect the nation’s borders, not doctors.

However, Former border force chief Roman Quaedvlig has rubbished Peter Dutton’s claims that Labor’s plan to allow medical transfers for asylum seekers on Nauru will open the floodgates to a new wave of boats.

The Morrison Government is touting ASIO advice today to suggest that Australian will have no powers to stop serious criminals including rapists coming to Australia if Parliament legislates to allow medial evacuations.

But Mr Quaedvlig, who once ran the government’s border force strategy, disputed claims the evacuations will restart the boats.

“A tightly controlled medical transfer system for those in genuine need will not result in another armada of boats,” he said.

If the gateways to Australia are a dangerous sea journey, five years on Nauru, getting ill to the point of needing an urgent medical transfer and then fighting a legal battle, then its likely to disincentive the vast majority.”

Mr Dutton sacked Mr Quaedvlig in March from his $618,000-a-year job after a nine month investigation into allegations he helped a younger girlfriend get a job and the former top cop is now planning to write a tell-all book on his experience.

There’s no love lost between the two former colleagues, with Mr Dutton accusing him of “grooming” his adult girlfriend under parliamentary privilege, a smear that Mr Quaeddvlig has asked Mr Dutton to withdraw.

“There is a way to ensure the decision making on medial transfers is assured so that its neither activist influenced or bluntly rejects genuine requests.

“If someone is transferred for medial treatment who is of character concern, then security arrangements can be made for the duration of treatment, just like it is done for onshore detainees,” Mr Quaedvlig said.

“They can be kept in held detention, escorted for the duration of the treatment and return to detention. This happens all the time.”

Tanya Plibersek not up to the job of turning back asylum seeker boats, Peter Dutton says