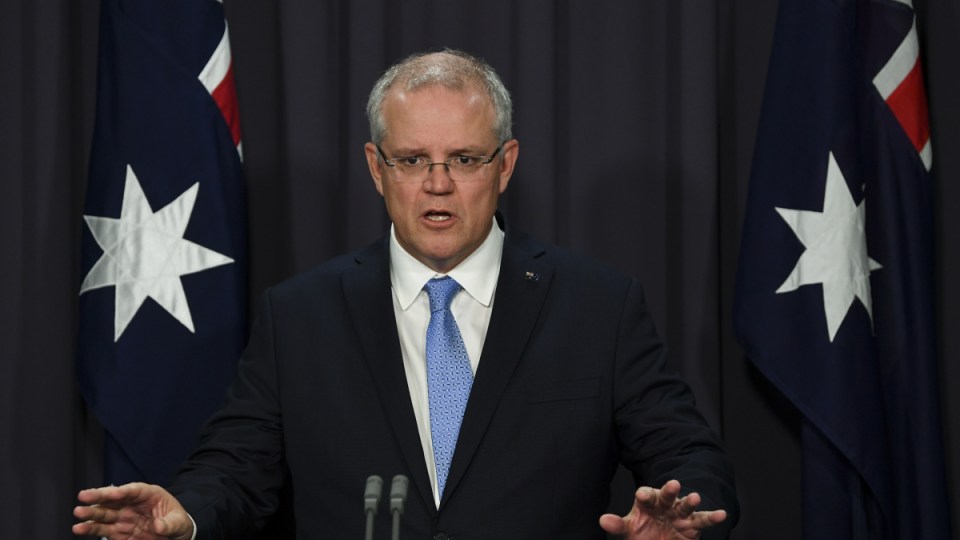 Scott Morrison has vowed to fight Labor using whatever tools are available to sink laws allowing the medical evacuation of refugee children and families from Nauru.

Facing a historic loss on the floor of Parliament as crossbench MPs join forces with Labor and the Greens on Thursday, the Prime Minister would not rule out delaying or even shutting Parliament to avoid the vote.

One option is for the government to amend its own laws to delay the vote.

Accusing Labor leader Bill Shorten of being a risk to national security and providing a “green light” to people smugglers, Mr Morrison pleaded with the opposition in an emotional media conference on Thursday, warning: “Don’t do this”.

“I will fight them on this. I will seek to stop them doing this,” he said.

Mr Morrison added that: “Stopping terrorists is more important than getting a cheap win for the nightly news out of Canberra.

“Their support for amendments in the Senate to abolish offshore processing as we know it, the cheap win in the House of Representatives – don’t do it, Bill,” he added.

“You know what you’ll be telling every Australian, every single Australian, if you support those amendments, Bill?

“You’ll be telling them what they really already know – when it comes to border protection, your heart isn’t in it, and you and your party cannot be trusted, that you have learned nothing from the horror show you inflicted on them when you were last in government.”

Mr Morrison said Mr Shorten was a “clear and present threat” to the nation’s safety.

“This is not about politics.This is about Australia’s national security,” he said.

The Prime Minister’s fiery speech came as crossbench MPs, Labor and the Greens joined on Thursday in a bid to amend existing legislation to reflect Wentworth MP Kerryn Phelps’ private member’s bill, because it requires only a simple majority to become law.

If the government loses a vote on legislation in the House, it will be regarded as a de facto vote of no confidence. That does not appear to have occurred since 1929.

Mr Morrison said Labor had learned nothing about what it takes to protect Australia’s borders.

He also accused Labor of delaying the passage of encryption laws designed to allow law enforcement agencies to hack into terrorists’ communications.

“I will fight to get those encryption laws passed. And I will fight to stop any change to that offshore processing arrangement, which I know directly and personally has been so critical to maintaining the successful border protection framework that has kept our borders secure, and has prevented young people, children, going on to boats and drowning,” he said.

Mr Morrison said asylum seekers’ boats had not re-started when he quietly removed dozens of children from Nauru. But they would if Labor legislated a right to medical evacuation.

“Let’s not forget the horror of 6500 children being put into detention, 17 detention centres being opened, $11.5 billion in cost blowouts,” he said.

“We’ve come to government, and we fixed the problem. In the past three months I have taken 100 children off Nauru.

“There are 10 children on Nauru today. So, don’t let them tell you this is about getting children off Nauru. That’s a con. That’s happened.”

Mr Morrison accused Labor of using the legislation as a backdoor way of getting rid of offshore processing.

“They never believed in it in the first place, they had to be forced into even doing it in the dying days of their previous government, and when they implemented it, it was a tragic shocker of an implementation, which took incredible investment and effort to fix it,” he said.

“I know, because I was the one who had to fix it.”

However, Labor leader Bill Shorten said he had a track record of co-operating with three Liberal prime ministers to pass 15 sets of national security legislation.

“That important work is continuing in the Parliament today,” he said.

“Last night, the Liberal chair of the Joint Security and Intelligence Committee praised Labor members for the bipartisan way we have contributed to laws that will help keep Australians safe.