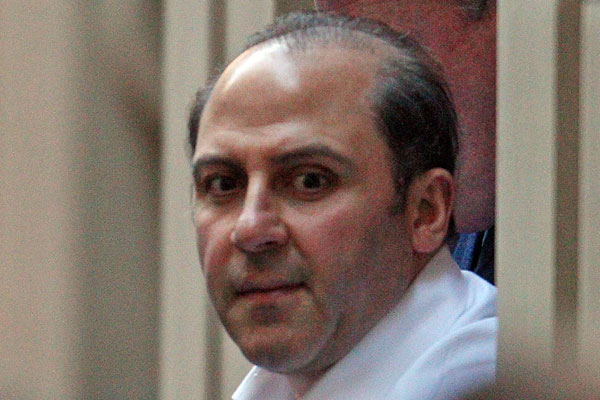 Tony Mokbel is one of the criminals whose conviction could be in doubt. Photo: Getty

Mr Andrews announced the move on Monday afternoon, saying the royal commission will inquire into Victoria Police’s recruitment and management of one of its informants during Melbourne’s bloody gangland war.

The convictions of some of Victoria’s most notorious criminals, including drug lord Tony Mokbel, may be in jeopardy after what Australia’s highest court has labelled “atrocious” and “appalling” breaches by police and a supergrass lawyer.

It was revealed on Monday the lawyer was telling police about her criminal clients at the same time as she was representing them, potentially throwing casting doubt on the appropriateness of their convictions.

The informant was a criminal defence barrister for several people who were convicted of criminal offences over the past two decades.

At the same time, the barrister acted as an informant to Victoria Police about some of these people.

Mr Andrews said Victoria Police had given the Government assurances that its practices had changed since the barrister was recruited as an informant, and that a 2015 report by the Independent Broad-based Anti-corruption Commission had found that no unlawful conduct had occurred.

But he told the ABC the Victorian community had a right to know what had happened in the case, and to be assured that such practices had been stamped out.

“While these events took place many years ago, the Victorian public has a right to know that every part of the justice system acts fairly and lawfully at all times,” Mr Andrews said.

“These are very serious matters, and they’re taken very seriously by every member of my team.”

Mr Andrews was flanked by Police Minister Lisa Neville and his new Attorney-General, Jill Hennessy, as he announced the royal commission.

He said the royal commission will first determine how many cases were impacted by the use of the barrister as an informant.

It will also consider what changes may need to be made to the management of informants by police.

The royal commission will also make recommendations on how to deal with those whose criminal cases may have been impacted by the use of the barrister as an informant, including requests from their convictions and any claims for compensation.

While Mokbel and six of his associates are linked to the informant, about 50 serious criminals may be affected. The include Pasquale Barbaro, who was jailed for life for his key role in importing 15 million pills hidden in tomato tins, which in 2007 was hailed the world’s biggest ecstasy bust.

The High Court of Australia was scathing of the way police and the lawyer, named as EF, handled the cases. It said the appropriateness of each conviction must be re-examined, so the integrity of the justice system was maintained.

“EF’s actions in purporting to act as counsel for the convicted persons while covertly informing against them were fundamental and appalling breaches of EF’s obligations as counsel to her clients and of EF’s duties to the court,” the High Court said in a ruling published on Monday.

“Likewise, Victoria Police were guilty of reprehensible conduct in knowingly encouraging EF to do as she did and were involved in sanctioning atrocious breaches of the sworn duty of every police officer to discharge all duties imposed on them faithfully and according to law without favour or affection, malice or ill-will.

As a result, the prosecution of each convicted person was corrupted in a manner which debased fundamental premises of the criminal justice system.”

Victoria Police tried to stop the Director of Public Prosecutions from telling Mokbel and six of his associates the lawyer was informing on them at the same time she was representing them.

The chief commissioner and the barrister both tried to prevent any disclosure, arguing it would place her and her children at risk of harm and deter future informers from coming forward.

But the High Court said it should be disclosed in the interest of maintaining the integrity of the criminal justice system.

The court did rule the lawyer’s identity remain secret.

Revelations of the police and lawyer’s conduct came after a series of court suppression orders were lifted on Monday by the Court of Appeal, Supreme Court and High Court.

After the 2012 conviction of Mokbel and his six associates, a report prepared by the state’s corruption watchdog, IBAC, recommended the DPP consider whether the barrister’s conduct led to a miscarriage of justice in any of the cases.

The 2015 report by Murray Kellam, QC, report found “negligence of a high order” when it came to how police managed informers, which had the potential to adversely affect the administration of justice in Victoria.