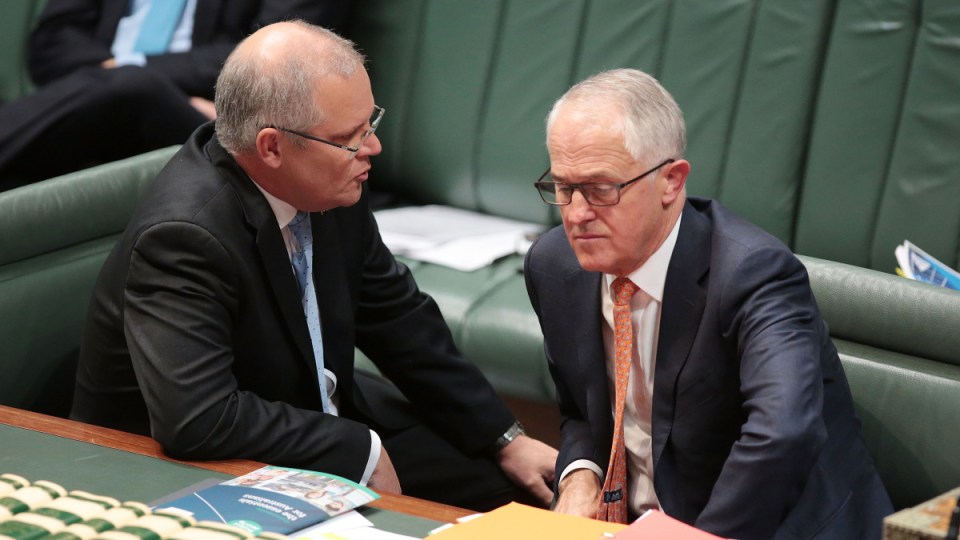 Former prime minister Malcolm Turnbull has urged Scott Morrison to call an early election to “save” the NSW Government from the “brand damage” of the Liberal leadership coup.

Mr Turnbull launched his latest extraordinary intervention Monday morning, after news of the fiasco over his replacement’s attempts to save sitting Liberal MP Craig Kelly from being dumped from preselection because over fears he would sit on the cross bench and “bring down the government”.

Describing that capitulation as the “anthesis of good government” Mr Turnbull also revealed for the first time that his original intention before being deposed was to go to the polls on March 2.

Mr Turnbull did not deny telling NSW MP Matt Keane Sunday night during a private conversation that: “Scott Morrison is just trying to keep his arse in C1,” the number plates of the prime ministerial car.

“Plainly, the Prime Minister’s determination is to stay on in government for as long as he possibly can,” Mr Turnbull told ABC radio.

“My view … is that it would be manifestly in the best interests of the prospects and interests of the Morrison Government to go to the polls as soon as it can after the summer break,” he said.

“In fact, my intention, prior to being removed as prime minister, was to go to the polls on the 2nd of March.”

Mr Turnbull added that an early election had also been Mr Morrison’s intention before the leadership change, adding that NSW Premier Gladys Berejiklian was leading a good government and did not deserve to be hit by the “brand damage” of the coup.

Mr Morrison last week signalled a federal election would be held on May 11 or May 18 after announcing he would bring forward the federal budget to April.

Overnight, it was revealed Mr Turnbull had contacted members of the NSW Liberal Party executive, including NSW State Minister Matt Keane – a conversation that promptly leaked to the media.

Mr Keane then told Mr Turnbull: “Don’t you lecture me about rolling over. You let Peter Dutton and the right run your government.”

It followed a phone hook up on Sunday that included Mr Keane, during which Mr Morrison’s lieutenants – including cabinet minister Paul Fletcher and NSW MP Trent Zimmerman – urged preselection challenger Kent Johns to stand aside because Mr Kelly was threatening to “bring down the government”.

Mr Turnbull said he was disappointed Mr Keane had chosen to leak the conversation, which colleagues said occurred because he was “furious” over Mr Turnbull’s failure to help the Liberals candidate in Wentworth Dave Sharma.

“What has been put to me, by some members of the federal executive, is that Mr Kelly has threatened to go to the crossbench and “bring down the government,” Mr Turnbull told ABC radio.

“Giving into threats of this kind is the antithesis of good government.”

Mr Turnbull said he had every right to speak out as a member of the Liberal Party.

“I have not bad mouthed the Prime Minister. I have given him considerable support,” he said.

“The alternative is for me to become a Trappist monk.”

Mr Turnbull said that as an Australian citizen and a member of the Liberal Party, he was entitled to express my views.

That unhinging continued overnight with news of Mr Kelly engaging an expletive laden rant at the Engadine Gymnastics Club on Sunday night.

Carmelo Pesce, the Liberal mayor of the Sutherland Shire Council refused to shake Mr Kelly’s hand citing the damage he was doing to the party.

“You’re a f—ing prick!” Mr Kelly shouted at Pesce according to Fairfax.

“Are you f—ing kidding me? You’re not going to f—ing shake my hand?”

Mr Morrison currently is flying home from Buenos Aires where he attended the the G20 summit, while Peter Dutton has announced he will remain on medical leave and not return to Parliament for the final sitting week.

His absence will likely to scupper Labor’s hopes of debating private members’ Bills, including the push for an integrity commission.

Labor has already agreed to “pair” Mr Dutton’s vote while he is absent, denying it the absolute majority of 76 votes it needs to force the debate,

“I will remain on medical leave this week on the advice of my doctor,” Mr Dutton said on Twitter.

“The [Attorney General] will continue to act for me during my absence,” he said.

Labor only needs a simple majority on the floor of Parliament to refer Mr Dutton to the High Court over claims he is in breach of constitution.