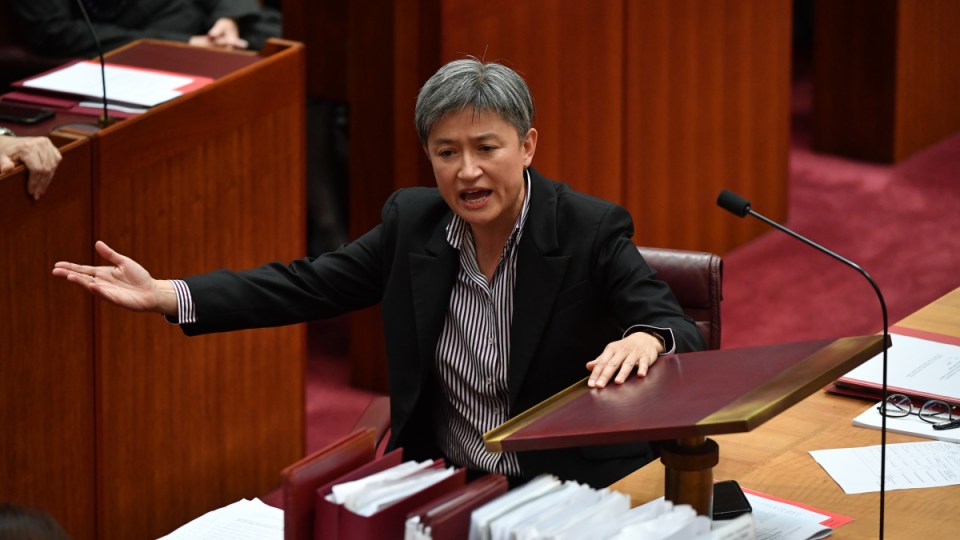 Laws to protect gay kids from discrimination in public and private schools will not pass the Parliament before Christmas after the Morrison government moved to delay debate on them.

The government sparked anger in the Senate on Monday after getting the numbers to delay a vote on the proposed laws until next year.

Opposition senators to condemned the move as a “bloody disgrace”.

Prime Minister Scott Morrison flagged the laws during the Wentworth by-election. It followed leaks from the Ruddock report into religious freedoms that sparked debate about school-based discrimination.

Mr Morrison pledged the laws would be introduced as soon as possible, to address “anxiety and confusion”.

But on Monday, Finance Minister Mathias Cormann shut down the debate, insisting the government still supported the broad thrust of the laws. He said it simply needed more time to consult.

That brought outrage from the opposition benches. Labor’s Senate leader Penny Wong said it was clear the government was scared about potentially losing a vote in the House of Representatives.

“You know what the decent thing to do would be? Call an election,” she said.

But Senator Cormann said he was not trying to shut down debate.

“That’s plain wrong. The Senate voted to lift the gag on this important debate,” he said. “It’s important that the Senate gets this right, and a majority in the Senate supported that.”

“Centre Alliance senators have just voted with Liberals to shut down debate on removing discrimination against gay students in schools. Appalling,” she said.

“We should have been able to fix these odious laws today, but the Xenophon team have stopped the Senate from acting.”

She said Parliament had failed the nation’s children.

The move to suspend standing orders and gag debate on Labor’s bill to repeal discrimination against gay kids was opposed by Labor, South Australian independent Tim Storer, crossbencher Derryn Hinch and the Greens.

However, the Liberals and two Centre Alliance MPs voted to delay the decision and hold another inquiry.

Greens senator Janet Rice told Parliament she believed there was enough support to overturn exemptions for discrimination against teachers as well as students.

She said the government’s move to delay would leave lesbian, gay, bisexual, trans and intersex students and their families “in despair”.

Outrage as discrimination debate delayed until 2019