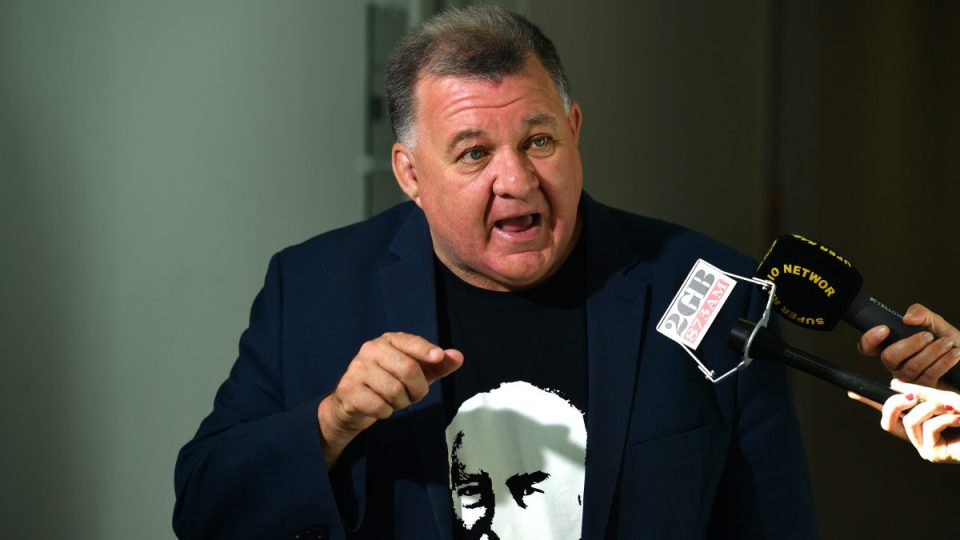 Craig Kelly's switch to the cross bench has been averted by the actions of the PM. Photo: AAP

Scott Morrison has prevailed in his bid to save Craig Kelly from a preselection challenge after he threatened to quit and become an independent.

The NSW state executive on Monday defied former PM Malcom Turnbull’s warning not to bow to the threats.

The Prime Minister returned to Australia on Monday from the G20 summit in Argentina.

In an extraordinary intervention, Mr Turnbull had slammed as “weak” Mr  Morrison’s move to save Mr Kelly from preselection defeat.

The New Daily has confirmed that earlier on Sunday, Mr Morrison’s lieutenants warned, via a phone hook up, that Mr Kelly would “bring down the government” if he lost preselection.

Mr Fletcher and Mr Zimmerman warned the government could not have another MP follow the lead of Julia Banks and quit the Liberal Party. They insisted the threat could be imminent, and urged the use of emergency powers to endorse all sitting MPs to save Mr Kelly.

The tactics sparked an extraordinary intervention by Mr Turnbull, who described them as “the worst and weakest response”.

“It has been put to me that Mr Kelly has threatened to go to the crossbench and ‘bring down the government’. If indeed he has made that threat, it is not one that should result in a capitulation. Indeed it would be the worst and weakest response to such a threat,” Mr Turnbull wrote on Twitter on Sunday night.

“I subsequently spoke with several state executive members to express my strong view that the party’s democratic processes should operate in the normal way, especially after such a long debate in the NSW Liberal Party about the importance of grassroots membership involvement.

“Shortly after, my media adviser was contacted by The Australian and The Daily Telegraph about these discussions, so rather than wait for their version of events to be published tomorrow, I can state that I am strongly of the view that the normal democratic process should proceed.”

The Australian reported on Sunday that Mr Turnbull had called Mr Kean to say “we should force Scott to an early election because all he’s about is keeping his a—” in the prime ministerial car.

Mr Turnbull told Mr Kean he had a deal to trigger a federal election on March 2, before the NSW state election, The Australian reported.

I put myself forward for an opportunity to represent my local community, and help to shape a better future for it. While disappointed, I respect and accept the Party's decision, and will continue to serve the Party and proudly campaign for the re-election of the Coalition Govt

Mr Kelly would be unlikely to “bring down the government” if he did sit as an independent conservative. But the Prime Minister’s office was so alarmed by the prospect of another defection that it pushed for the emergency powers to be invoked.

The government is already facing calls to refer Home Affairs Minister Peter Dutton to the High Court that could be tested in Parliament this week.

Senior Liberal sources confirmed to The New Daily on Sunday night that the Morrison government had demanded the NSW state branch intervene, warning another defection was imminent.

“We got a phone call this morning saying we need to get this through ASAP. Basically, they are trying to save the government,” a senior Liberal source told The New Daily.

“This is completely f—-d. Craig Kelly has raised $35 for the [Hughes] electorate fund. It’s the second time he’s got to be saved because he hasn’t done the work on the branches. He’s good on Sky News and not much else.”

Mr Johns, who was regarded as likely to emerge as the winner of the challenge, has refused to stand aside, despite reports the Prime Minister’s office had urged him to do so.

But friends who called him on Sunday night, seeking advice about what to do in the ballot to invoke emergency powers, said Mr Johns urged them to “do whatever they thought was in the best interests of the Liberal Party”.

Mr Zimmerman, who confirmed he supported the move to endorse all sitting candidates, thereby saving Mr Kelly from a preselection process that is already under way, told The New Daily the Liberals needed “stability”.

“At this point in time, after such a difficult year, stability has a huge premium,” Mr Zimmerman said.

Asked directly if he had been warning colleagues that if they didn’t use the emergency powers that Mr Kelly would “bring down the government”, Mr Zimmerman said: “I always support the Prime Minister on operational matters.”

He then added, “No, I’ve been encouraging people to support the re-endorsement of all of my colleagues … the prospective ballot covers not just Hughes but Bennelong, Robertson and Mackellar and I think at this time stability is the important thing.

“I welcome the opportunity for us to get on with the job of fighting the next election by having all of my colleagues supported in their seats.”

Senior Liberals concede the outcome was unfair to Mr Johns, who looked set to win the preselection.