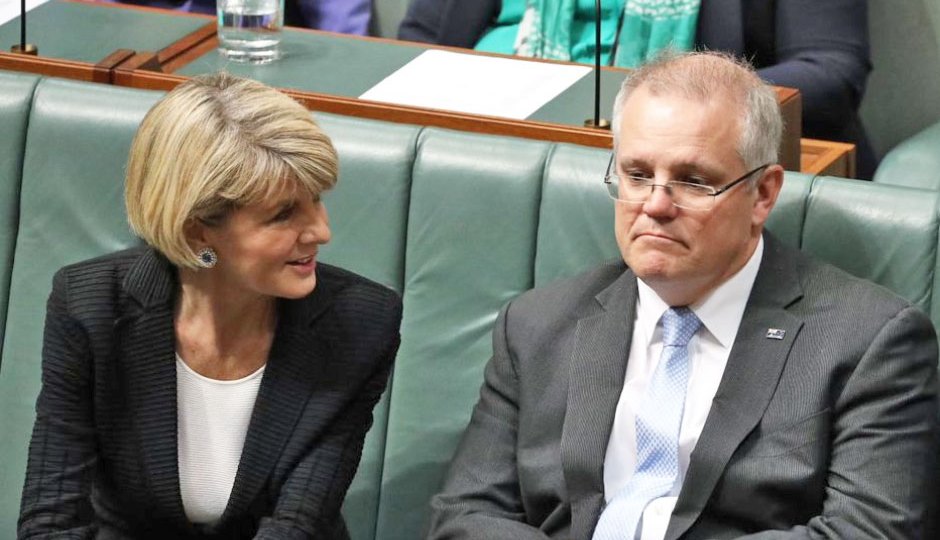 A survey of more than 1400 Australians found 82 per cent knew of Ms Bishop, making her more recognised than all current ministers.

Three-quarters of Australians knew of Mr Morrison, while 70 per cent knew of Home Affairs Minister Peter Dutton, according to the recognition poll by The Australia Institute, published on Thursday.

Defence Minister Christopher Pyne was the only other current minister known by a majority of Australians, with 57 per cent of people recognising him in the November survey.

On average, people knew seven of the 25 politicians presented to them.

Ms Bishop might be the most widely known, but her recognition has actually declined since March 2016.

The reverse is true for Mr Morrison and Mr Dutton, who are known by significantly more people than they were at that time.

“Scott Morrison’s recognition had been declining over most of this term, but has increased sharply since becoming Prime Minister,” Australia Institute executive director Ben Oquist said.

“Meanwhile, Peter Dutton is the minister whose recognition has increased the most over the past two-and-a-half years.”