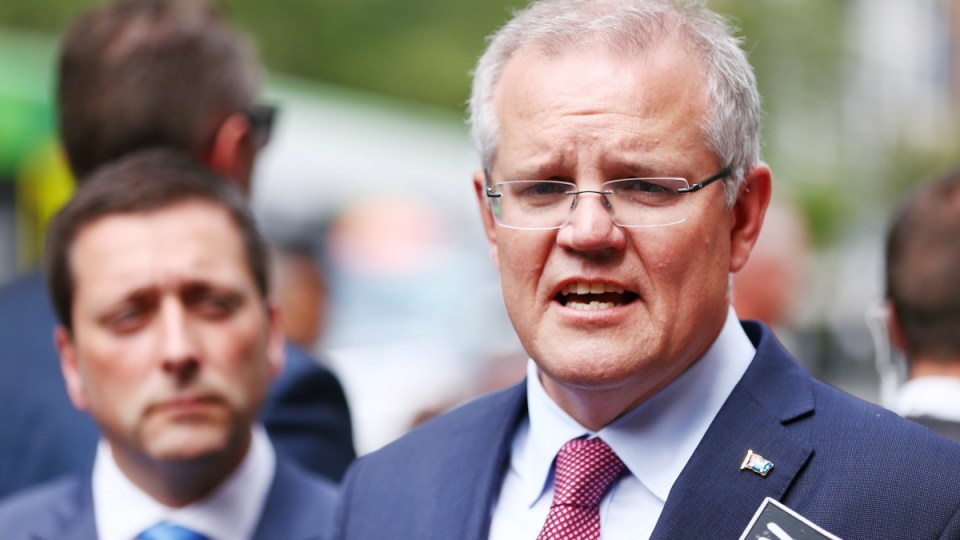 A number of other European nations have declined to sign the document. Photo: Getty

Scott Morrison will follow in Donald Trump’s footsteps again by refusing to sign a global covenant on migration that he says could stop Australia from processing asylum seekers who arrive by boat offshore.

The Morrison government fears signing the covenant could limit Australia’s ability to apply special rules to asylum seekers who arrive by boat, including offshore processing and banning them from holding Australian citizenship.

The US and some European nations have refused to sign the document.

“It doesn’t distinguish between those who illegally enter Australia and those who come the right way,” the Prime Minister told 2GB radio.

“I would never allow something to compromise our borders, I worked too hard to ensure that we weren’t in that position.”

The announcement sparked a warning from independent crossbencher Kerryn Phelps that she would use her new power in the hung Parliament to ensure all children are removed from Nauru.

“During the Wentworth by-election, I campaigned constantly to get kids off Nauru. I came to this position having consulted with a number of medical professionals and refugee advocates and have serious concerns about the long-term mental health of children in indefinite confinement,” she told The New Daily.

“The Prime Minister’s reported refusal to sign the United Nations Global Compact on Migration is disappointing but I am undeterred and will head to Canberra next week with the ambition to get all children off Nauru permanently. I suspect many of my fellow crossbenchers hold a similar view but as an independent I do not speak for them.”

Labor’s Richard Marles stopped short of revealing whether a Shorten government would overturn the decision.

“Offshore processing will remain a part of the policy mix if Labor were to form a government but our disposition has always been to work with the global community,” he said.

“We’re not going to surrender that, we want our sovereignty to remain intact,” he said.