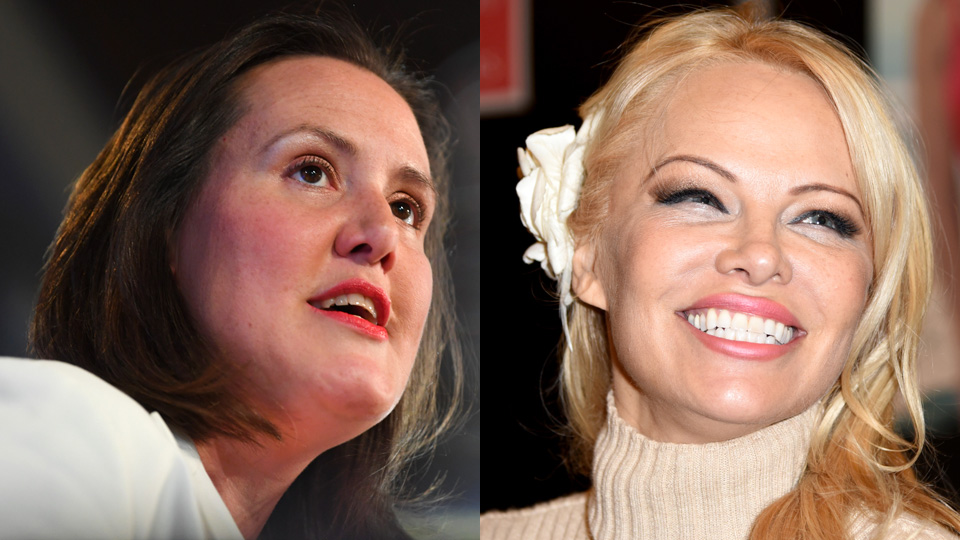 Scott Morrison “probably regrets” his smutty comments about activist and actor Pamela Anderson and has told female colleagues he didn’t intend to cause offence.

The Prime Minister has been under sustained attack for trivialising Anderson’s activism over Wikileaks founder Julian Assange with suggestive comments about her and his “mates”.

In response, Anderson labelled the Prime Minister’s comments “smutty” in an open letter.

On Tuesday, Minister for Women Kelly O’Dwyer told the National Press Club that Mr Morrison, an evangelical Christian, has privately expressed his regret after suggesting he said “plenty of mates who’ve asked me if they can be my special envoy to sort the issue out with Pamela Anderson”.

“I think the Prime Minister probably regrets the comments that he made and I certainly know from a discussion that he didn’t mean to cause any offence,” Ms O’Dwyer said.

“I can certainly say from personal experience, the Prime Minister has been incredibly supportive of the women’s economic security statement in actually focusing a floodlight on these issues around women being able to build their financial security.”

Anderson was a Playboy model before finding fame on TV’s Baywatch. She has parlayed that fame into political activism, particularly regarding animal rights and – most recently – the plight of Assange.

On Monday, broadcaster Lisa Wilkinson urged the Prime Minister to apologise to Anderson “for the sake of your two daughters”.

“When you dismiss a woman’s ideas while stirring in some sexual innuendo, it’s not just your words we’re hearing, it’s every time a boys’ club has got in the way of our hopes and dreams,” Wilkinson said on The Project.

You should apologise to Pamela Anderson. If not for us, then at least do it for your two daughters. And for all the little boys watching you.”

Ms O’Dwyer spoke at the National Press Club to promote “game-changing” reforms to paid parental leave that will allow parents to stagger up to six weeks leave over two years.

Mums and dads will also be able to use the leave entitlements to work four days a week.

Ms O’Dwyer also signalled she had no regrets for putting the issue of bullying within the Liberal Party firmly on the agenda during the recent leadership tussle and did not resile from anything she said.

She also revealed she does not support a differential tax rate for women.

“I think that we need to have a universal taxation system. But … there can be some disincentives for people returning to the workforce, some very high effective marginal tax rates,” she said.

“That can often affect decisions as to whether or not someone increases the hours of their work from three days to four days.

“People aren’t silly. They won’t do that in circumstances where they’re not going to receive a direct financial benefit from doing so.”