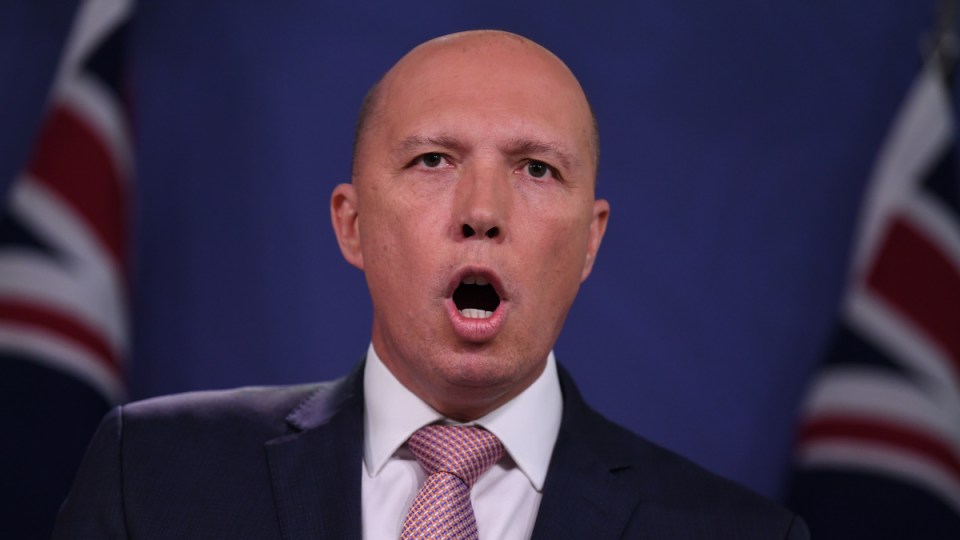 But the debate sparked accusations from Labor that the Home Affairs minister was seeking to politicise the arrests of three men in Melbourne over allegedly planning a mass casualty attack.

The apps remain popular with politicians, as well as criminals and terrorists with former prime minister Malcolm Turnbull as well as Mr Dutton all using encrypted apps, including Confide, to communicate during the recent leadership battle.

But Mr Dutton warned the arrests underlined the urgent need for Labor to agree to the passage of new laws allowing police greater powers to track suspected terrorists using encryption apps to communicate.

“There is a significant problem in relation to the use of encryption messaging. This is a problem that a lot of Australians have heard about,” Mr Dutton said.

“Encryption is very important for us when we’re using internet banking and secure messaging, but the fact is at the moment we have pedophiles, we have people who are involved in terrorist planning, in criminal activity, who are using encrypted messaging.

“We have people now who are swapping messages using encrypted messaging apps, and police are blind to those messages.

“The police don’t have the ability to get across that technology. That is the significant issue.”

“I want to be clear, Labor is working co-operatively on the government’s decryption bill,” he said.

“It’s going through the usual scrutiny by a bipartisan committee and we’ll continue that process. Suggestions otherwise are wrong – this should be above politics.”

“Six days ago I wrote to (Attorney-General) Christian Porter regarding Dutton’s lies on national security, with no response. It’s important that the government pull Mr Dutton into line on this matter. Keeping Australians safe should be above politics. Lying about national security is not on.”

Successive governments have attempted a bipartisan approach to national security by running all legislative reforms through the powerful Joint Standing Committee on National Security.

‘Lying about national security is not on’: Labor warns Dutton on encrypted apps message