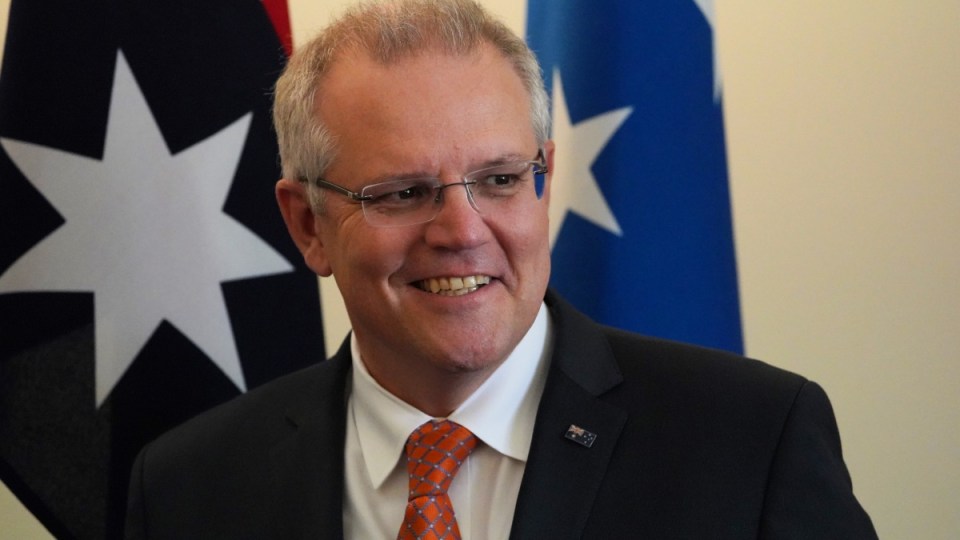 Scott Morrison has decided to not cut $4.5 million in funding to Foodbank. Photo: Getty

Scott Morrison has reversed a decision to slash funding to charity Foodbank just weeks before Christmas.

Just 24 hours after it was revealed the Morrison government planned to cut funding to Foodbank’s Key Staples program, which provides for families affected by natural disasters or economic hardships, its funding has been increased.

Mr Morrison announced the backdown on Twitter at 7.21am on Tuesday (ADST).

“Yesterday I promised to review the Foodbank decision. I have listened and decided to increase the Food Relief budget by $1.5 million over the next 4.5 years, and have asked the minister to place more focus on relief in drought-affected areas,” the Prime Minister said.

“This maintains Foodbank’s funding at $750K/yr, with Second Bite and OzHarvest funded as announced last week.

“Important that food relief in drought areas is delivered in a way that does not undercut local businesses. Minister will work with providers to get the right plan in place.”

Opposition Leader Bill Shorten had written to the government asking for the cut to be reversed. On Monday, he held a media conference to attack the move.

“I am genuinely surprised by this mean and foolish decision,” Mr Shorten said.

“Foodbank uses this modest amount to secure more than $8 million worth of essential food for hungry Australians. All of this is now at risk.

“Your government’s cut will have a major impact on Foodbank’s supplies, and risks compromising their ability to distribute emergency food relief during natural disasters.”

The government had insisted that overall funding (of $4.5 million) had not been cut to food relief programs.

It said the Department of Social Services had received six applications from organisations to deliver food relief. Of those, Foodbank, OzHarvest and Second Bite were found to be suitable bidders, and the budget was to be shared between them.

However, the government conceded the decision to reduce Foodbank’s funding had been communicated at short notice and close to Christmas.

The Greens also condemned the decision as callous and even Liberal MP Nicolle Flint had raised concerns.

“I am really concerned about the reduction in funding to Foodbank,” Ms Flint wrote on Twitter on Monday. “I know first hand the important work they do to assist those who are struggling to make ends meet.”

On Tuesday, she again took to Twitter to express her approval for the backtrack.

Proud to work with PM @ScottMorrisonMP who listens to MPs like me on local issues & acts quickly & decisively.I note SAs v high power prices are thanks to @alpsa & are one of biggest stresses on households hence need for @FoodbankAus. Prices will be worse under @AustralianLabor https://t.co/zjrUy77piK

“This funding program enables us to leverage an extremely modest investment from the government into more than $8 million of essential foods for distribution to 2600 charities around the country,” Foodbank chief executive Brianna Casey said on Monday.

“I just cannot fathom why this is happening at all, let alone at one of the most challenging times of year for vulnerable Australians and our drought-affected communities.”

The government also moved quickly recently to reverse changes that threatened to deliver youth charity Youth Off the Streets a $630,000 debt.

Scott Morrison backs down on funding cut to Foodbank