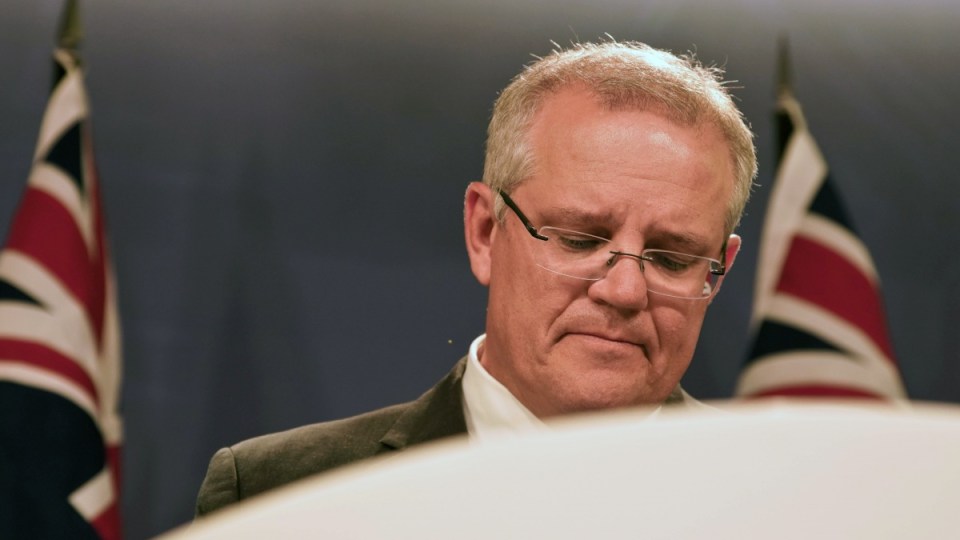 It's been a bad week of numbers for Prime Minister Scott Morrison. Photo: AAP

Warning Muslim leaders had a special responsibility to call out extremism and alert authorities to radicalised members of their community, Mr Morrison confirmed on Saturday there are 400 men and women who remain the ASIO watchlist.

“But I’ve got to address the real issue here, I’ve got to call it out – radical, violent, extremist Islam that opposes our very way of life,” he said.

“But here in Australia we would be kidding ourselves if we did not call out the fact that the greatest threat of religious extremism, in this country, is the radical and dangerous ideology of extremist Islam.

“There is a special responsibility on religious leaders to protect their religious communities and to ensure that these dangerous teachings and ideologies do not take root here. They must be proactive, they must be alert and they must call this out, in their communities and more broadly for what it is,” he said.

But despite the warning, Fairfax Media reported on Saturday that religious leaders in contact with his family claim he did not regularly attend mosque.

Imam Isse Musse said he had not attended mosque in many years and also claimed he had recently told friends he was being chased by unseen people with spears.

He was believed to have both mental health and substance abuse issues.

“He hasn’t been coming for many years.”

Mr Morrison stressed the professionalism of security agencies noting that since the national threat level was first raised, back on September 12 2014, 90 people had been charged as a result of 40 counter-terrorism related operations around Australia.

“There have been 14 successful major counter-terrorism disruption operations in response to potential attack planning in Australia,” he said.

Mr Morrison said he had long-standing relationships with the Muslim community and it was them who had raised with him their concerns about radicalism in recent years.

“I have sat in the living room of a family whose four sons went and fought for ISIS,” he said.

“And they all died. I have seen the look of complete loss in the eyes of a mother and a father … confused by people who came and corrupted their children.”

On a more personal note, he revealed he has spoken to the Melbourne coffee shop owner Sisto Malaspina murdered on Friday afternoon in the Bourke Street terror attack.

“Shocking, unreal and heartbreaking. I have been visiting Pellegrini’s since school. I just saw Sisto on Monday morning. He insisted I try a slice of his almond cake,” Mr Shorten said on Saturday afternoon.

“He’s a Melbourne icon and a true gentleman. Impossible to imagine the devastation for his family and staff.”