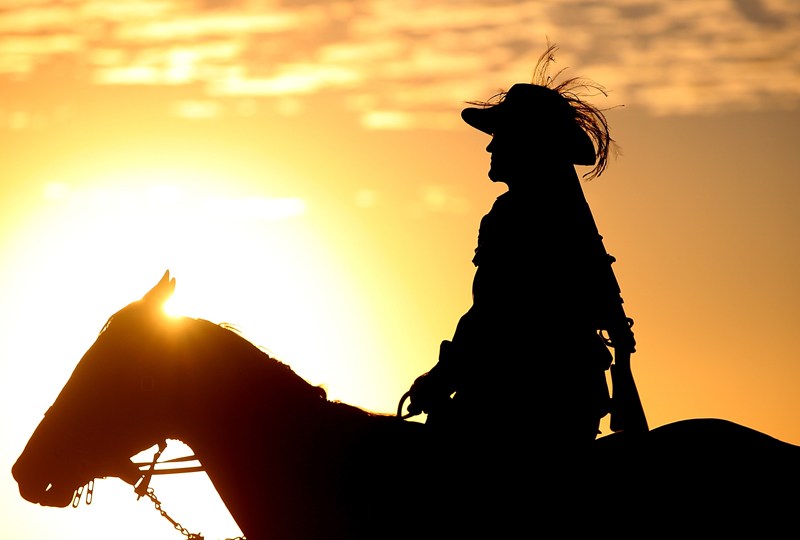 “Patriotism is the last refuge of the scoundrel,” said someone 243 years ago. And on cue sundry blowhards chime in at every opportunity to wrap themselves in the flag.

If the News Corp/Scott Morrison/Virgin Australia stunt using returned servicemen and women was merely a marketing ploy for the airline coming second, it wouldn’t matter.

But it’s not. It’s part of a calculated plan to exploit Australians’ respect for people who have taken risks and worse in our armed services.

The more an embattled reactionary government can associate itself with things military, vicariously tap into the sacrificial ethos of Anzac, the better it hopes it will be.

So the crass adoption of a hyper-patriotic Americanism, a symptom of what it takes to popularly maintain the greatest military power the world has known – a military might that is a multiple of its nearest perceived rivals – is about cheap politics.

“This’ll poll well,” some flog out of touch with Australian sentiment guessed. “This’ll look good on the TV news and Murdoch tabloids. The shock jocks will applaud. One Nation voters will lap it up.”

Such is the lack of intellect and integrity that Australia’s current political leadership ran with it. And betrayed us all.

ICYMI: Here's what our Government is doing to honour our nation's veterans. pic.twitter.com/GnrZ02NQCi

From the beginning of the Anzac legend, the sons and daughters of the Great South Land, of the sunshine and space and freedom thrust into old Europe’s war, disdained pomp and artifice.

If the marketing wannabes had spent any time studying the rich archives of the War Memorial instead of considering how good they looked in front of it or throwing money at it, they’d know it wasn’t a flag or King or monument that sustained men in hell – it was their mates.

As it was in the Second World War. As it has ever been.

That commitment is not to be belittled by adopting foreign gestures, “virtue signalling”, if I dare use that corrupt and tainted phrase.

Don’t degrade that with manipulated schmaltz and artifice. We’re better than that. Our bullshit detectors haven’t been so blunted yet as to not notice.

We want our returned service people looked after, repaired if they are damaged and please don’t spare the expense for that.

But don’t use them for miserable politics and tawdry marketing.

P.S. It is a curious thing that the military skews right, given that it was a Labor government that provided leadership through our most threatened hours and Liberal prime ministers who betrayed our servicemen by sending them to Vietnam and Iraq on lies.

Patriotism, the last refuge of the scoundrel, waves its flag