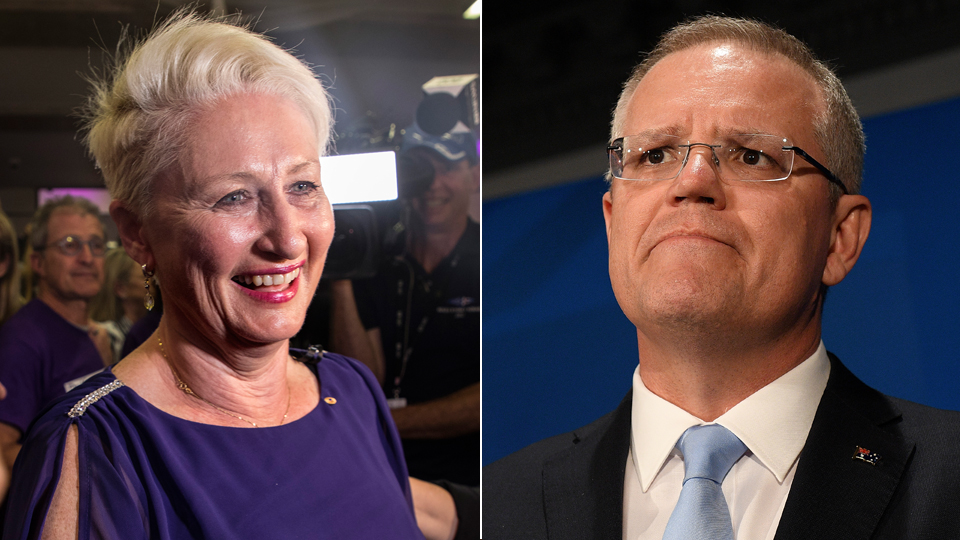 It was Tuesday, October 16.

His message was simple. If you get all the kids off Nauru tomorrow, the boats will start again.

It was a long meeting and a large one conducted in a conference room in Parliament House.

The uniforms were a reform during the Morrison years, privately mocked by Malcolm Turnbull, who liked the good old days when border officials were still civvies wearing bad jumpers.

But just 13 days after that warning to the independents, Home Affairs Minister Peter Dutton would announce his goal of “zero” kids on Nauru.

So what changed in that time? It’s simple.

On October 20, Kerryn Phelps contested and won the Wentworth by-election, joining the ranks of the independents.

Suddenly, the threat of the government losing a vote on the floor of Parliament, on the totemic issue of border protection no less, was very real.

Dissident Liberal MPs who might cross the floor are more dangerous and important than ever.

Mr Broadbent wanted action to get the kids off Nauru, although many are sceptical that he would be prepared to cross the floor in a hung Parliament.

Indeed, he was actually less likely to cross the floor because of the election of Ms Phelps, but he did want action.

It would be a serious step to be the man responsible for the government losing control of Parliament on border protection.

Six days after the PM’s meeting with Mr Broadbent, Mr Dutton publicly revealed the kids were coming off.

A surprise? Not quite. Towards the end of the meeting with independents on October 16, there was a clue.

He seemed to be speaking in riddles, but some independents sensed the ground was shifting.

“He did not tell us he would trickle them off. It was just my sense of the way he was characterising things,” Tasmania’s Andrew Wilkie said.

“They knew by then they had a real problem on their hands.”

“Suddenly, he was also talking at length about he would get kids off if the doctors advised it necessary.

“I just felt by that day that the tide was turning.”

The message seemed to be that the Morrison government would endeavour to remove the children, if it could be done quietly.

It’s a message recently echoed by the Prime Minister, who said the government was transferring the kids quietly without “showboating”.

“And then they say ‘we are bringing them to Australia’ but they can’t stay. And that’s despite the fact that none of the kids brought to Australia have been returned to my knowledge.”

Mr Wilkie believes the threat of Liberals crossing the floor is often raised and rarely delivered upon.

But Victorian Liberal MP Julia Banks, who many believe will contest the next election as an independent, could be about to change that.

“That speech in the last sitting week [on Nauru] was very strong. It’s certainly a possibility that Julia Banks could join us on the crossbench sooner rather than later.”

It is that threat and the arrival of Independent Kerryn Phelps, coupled with rising public concern, that succeeded in getting children off Nauru.

Now, senior ministers have told The New Daily that all children will be off the island by “the end of the month”.

Why is that date important? It’s got nothing to do with the Morrison government playing Santa Claus.

Yes, the end of November is the same date that Parliament returns for the first time with Ms Phelps.

On that day, Mr Morrison will walk onto the floor of Parliament for the first time in a hung Parliament.

That’s why he’s prepared to tear up every warning he ever issued about the dangers of bringing these children to Australia.

We’re about to find out if those threats that the boats will start again are hollow, or well founded.

But as he ends the year, it is the asylum seekers on those boats who threatened to expose his tenuous grip on power and the Parliament.

So, the kids are coming off.

He can’t afford to lose.

Why boat-stopper PM let the kids off Nauru