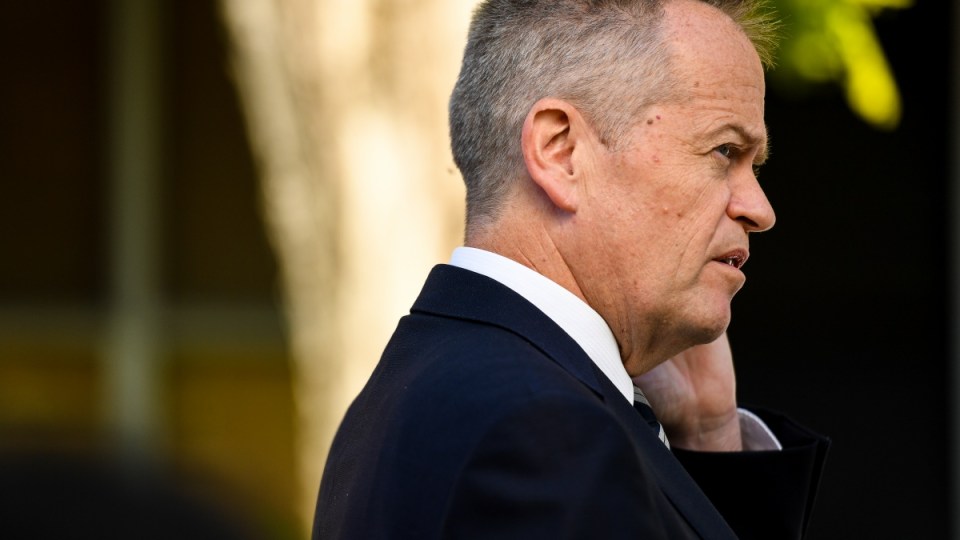 Opposition Leader Bill Shorten has been absent from the headlines. Photo: AAP
analysis

For the casual observer of Australian politics, there’s been one notable absence from most of our news streams in recent times. Labor leader Bill Shorten has been almost as hard to find in the headlines as he was on the streets of Wentworth during the recent by-election.

It would have once been considered unusual for an opposition leader to keep such a low profile only six months out from a federal election, but these are not ordinary times.

This has been a decade of political dysfunction and chaos, starting early in the first Rudd Government of 2007 that has persisted in every government that has followed.

One of the principal by-products of a chaotic government is that an exasperated voting public will throw it out without giving much thought to the merits of the alternative being offered by the opposition.

That’s what happened in 2013, when the highly unlikeable sloganeer Tony Abbott secured a landslide victory against Rudd Mk II.

Aside from scrapping the ‘carbon tax’, ‘stopping’ the boats and ‘fixing’ the budget, voters had little idea what an Abbott-led government would do for Australia. And many did not care, as long as it brought an end to the dysfunctional Rudd-Gillard-Rudd administration.

It’s beginning to look certain that Australian voters will make a similar judgement at the next federal election, which must be held by November 2.

Exasperated voters have yet again come to the conclusion that dysfunction and chaos in the Australian government must stop – and if the Coalition parties can’t find a way to do this, then they’ll find another party that can.

There is of course one big difference between Bill Shorten and Tony Abbott as opposition leader.

Mr Shorten’s alternative government has a policy portfolio bristling with new initiatives that draw sharp distinctions between it and the Coalition.

This will allow Mr Shorten to claim on election night, if he is successful, that voters have not only rejected the chaotic Coalition but embraced Labor’s proposed new approach.

To avoid being taken unaware by this assertion – or the related claim to having ‘a mandate from the Australian people’ – Labor’s alternative government should receive as much scrutiny before the election as the Coalition.

It should not be able to avoid scrutiny by keeping a low profile while the political media is entranced by the government’s latest dumpster fire.

That’s why it’s interesting to see that while Bill Shorten might be keeping a low profile in the news media, he’s hiding in plain sight on social media.

A scroll through Mr Shorten’s Twitter posts over the past week shows the Opposition leader hasn’t been absent at all – he’s been talking directly to voters through social media (and a bit of breakfast television) instead of having his words filtered (that is, scrutinised) through traditional news media.

I am determined to lower health insurance costs for families – I don’t apologise for putting families before the insurance giants. pic.twitter.com/llOhq2ajk8

In the past seven days, Mr Shorten has used social media to flag new initiatives or make commitments on a range of matters, from suggesting he might increase the dole, launching a website that tells parents how much more money Labor will give to their public school, and closing loopholes for tax evaders, to promising a cash injection for Netball Australia.

Ten days ago, he and deputy Labor leader Tanya Plibersek held a live Q&A session on Facebook that has been viewed 46,000 times.

So it’s not surprising that Mr Shorten recently rejected the suggestion that he should just say nothing and he would easily win the next election.

It “would be arrogant to just assume the election is over,” Mr Shorten argued, noting the “chaos has to end” and “We need to demonstrate to the Australian people that the system can work, that at least one of the major parties is working on policies for the future.”

However if voters are hoping to see that demonstrated in the traditional news media, they may be left wanting.

Anyone wanting to scrutinise the likely next Australian government will have to turn their eyes to social media instead.