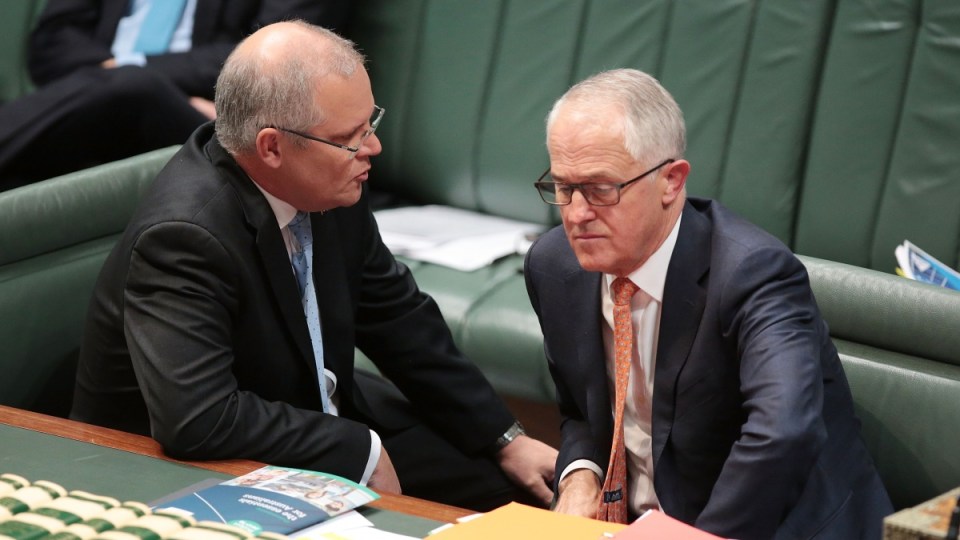 Scott Morrison is digging in over his decision to consider moving Australia’s embassy in Israel despite an ugly spat with Malcolm Turnbull.

Senior government sources insist the idea is still under active consideration and was approved by cabinet, rejecting claims it was a “captain’s pick”.

As the current and former prime ministers traded blows over the dispute, ministers insisted the controversial plan to follow US President Donald Trump’s lead was very much alive.

Foreign Minister Julie Bishop and Mr Turnbull had both previously rejected the idea as not in Australia’s national interest because it would offend Indonesia.

In a carefully worded statement on Thursday, Mr Morrison backed away from claims that the issue was not part of “the brief” for Mr Turnbull’s Indonesian visit.

But he acidly noted that the actual purpose of his attendance was the Oceans conference.

“I invited Mr Turnbull to represent me at the Oceans Conference in Bali hosted by Indonesia and to be head of delegation,” the Prime Minister said.

“Accordingly there were briefings dealing with the issues he has referred to. The purpose of his attendance was the Oceans conference.”

The soap opera unfolded after Mr Morrison publicly humiliated Mr Turnbull during an interview with Sydney broadcaster Alan Jones, saying he will not send the former PM on any more trips.

Mr Turnbull took to social media for his response.

“A few facts. @ScottMorrisonMP asked me to discuss trade and the embassy issue in Bali and we had a call before I left to confirm his messages which I duly relayed to @jokowi,” Mr Turnbull said on Twitter.

A few facts. @ScottMorrisonMP asked me to discuss trade and the embassy issue in Bali and we had a call before I left to confirm his messages which I duly relayed to @jokowi There was a detailed paper on the issue in my official brief as well.

“There was a detailed paper on the issue in my official brief as well.”

Mr Turnbull has angered some former Liberal colleagues by offering a thinly veiled criticism of Mr Morrison’s consideration of moving the Australian embassy from Tel Aviv to Jerusalem.

The suggestion was first raised during by-election campaigning in Mr Turnbull’s former seat of Wentworth. The population in Wentworth is 12 per cent Jewish.

On Thursday, Mr Morrison was interrogated on the issue by Jones.

“I got the report back from his visit. The issue of trade and other things was not really part of his [Mr Turnbull’s] brief. My view, our government’s view about these issues are clear. That’s what we’re pursuing,” he told Alan Jones on 2GB.

“I’m always going to act with respect to previous prime ministers regardless of who they are,” he began.

“But I do think the exemplar about how to go about things post-politics is John Howard, and on Labor Party side it’s Julia Gillard. I don’t think there is a lot of profit, Alan, in me continuing to go over these issues.”

Asked if there might “be more missions for this man to be able to go through and spout his own discredited views?” Mr Morrison was brief: “Ah, no.”

Jones is a long-term critic of Mr Turnbull, who once told the broadcaster in an interview that he “liked dishing it out but he didn’t like taking it”.

“Alan, I am not going to take dictation from you. I am a Cabinet minister,” Mr Turnbull warned.

Morrison jabs, Turnbull punches back in war of words over Bali mission