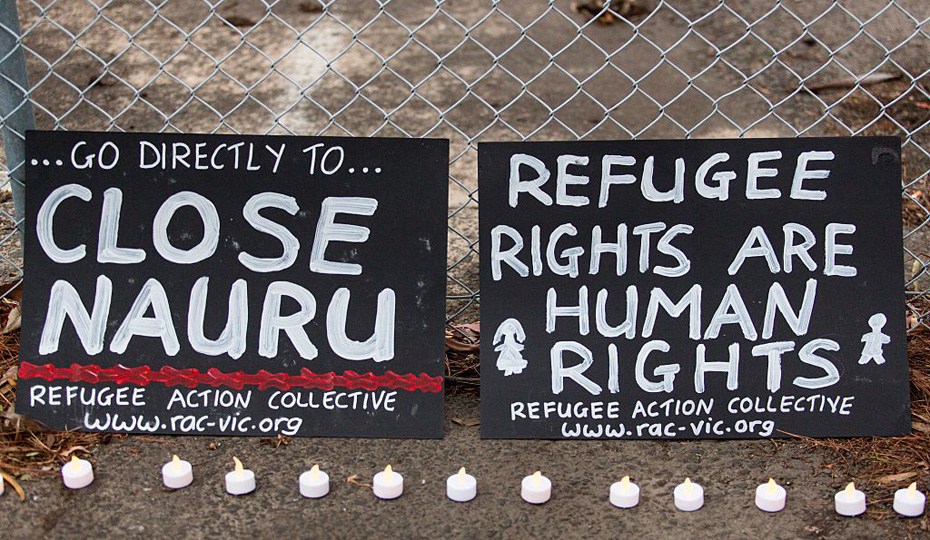 Scott Morrison says removing refugee children from Nauru is in accordance with the government’s “existing policies” as he faces a race against the clock to avoid a humiliating loss on the floor of Parliament.

Mr Morrison said that children had been removed from Nauru for “some time” in response to media reports Thursday that the government would relocate all asylum seeker children from Nauru to Australia by the end of the year.

The backflip on bringing refugees from Nauru to Australia is designed to avoid the prospect of Liberal MPs Russell Broadbent and Julia Banks – who may stand as an independent in the next election – from crossing the floor to force the government to act.

It comes despite warning cross-bench MPs in private talks that removing the children will restart the arrival of asylum seeker boats.

“Our government is the government that got people out of detention, not sending children to Nauru” Mr Morrison told 2GB radio on Thursday..

“You don’t get children off Nauru by putting more children on Nauru by weak border protection,” he said.

The Prime Minister’s comments come after senior government sources confirmed to The New Daily on Monday that hundreds of asylum seeker children quietly brought to Australia for medical treatment will never be returned to Nauru.

The Australian reported on Thursday that all children will be removed from Nauru by 2019.

“Children have been transferred off Nauru. That’s been happening for some time. I haven’t been showboating about it, I haven’t been drawing attention to it,” Mr Morrison told 2GB.

“We are working at getting people off as soon as possible,” Mr Dutton said.

“I want people off Nauru tomorrow, but I need to do it in a way that doesn’t see people drowning at sea.

“But the boats never stopped. They’ve turned back over 30 boats,” Ms Sharkie told The New Daily.

The Member for Mayo also said government claims it was moving the children  out of kindness was “smoke and mirrors”, because in many cases it was forced to do so as a result of Federal Court action by activists.

For the Prime Minister, who rose through the ranks of the Liberal Party on the success of “stopping the boats”, the prospect of losing a vote on the floor of Australia’s new hung parliament on the issue would be a humiliating defeat.

Liberals confirmed this threat was the driving force behind the change of heart over refugee children.

Five years after Kevin Rudd pledged that “no asylum seeker who comes by boat will ever be resettled in Australia”, the Coalition’s preferred option is to simply bring the children to Australia with no clear path to citizenship.

Mr Dutton also left the door open on a deal for New Zealand to accept the refugees, despite walking away from talks with Labor recently.

“I’ve never ruled out a deal with New Zealand, but we need to do it at the right time,’’ he said.

Earlier this week, former prime minister Tony Abbott warned that any move to bring the remaining 50 children to Australia could weaken the government’s border protection policy.

Mr Abbott described Nauru as “a very pleasant island” with better healthcare than some regional towns in Australia.

“If we give them what they want, we will get more of them – that’s to say, the boats will start up again,” he told 2GB radio on Monday.

“Of course ‘kids off Nauru’ is a great slogan, but it’s a dreadful guide for policy because if we aren’t allowed to have kids on Nauru, just bring some kids with you and you automatically get to Australia.”

Liberal Senator Jim Molan said those demanding all children on Nauru be brought to Australia should be prepared to pull the bodies of asylum seekers who drown at sea from the water.