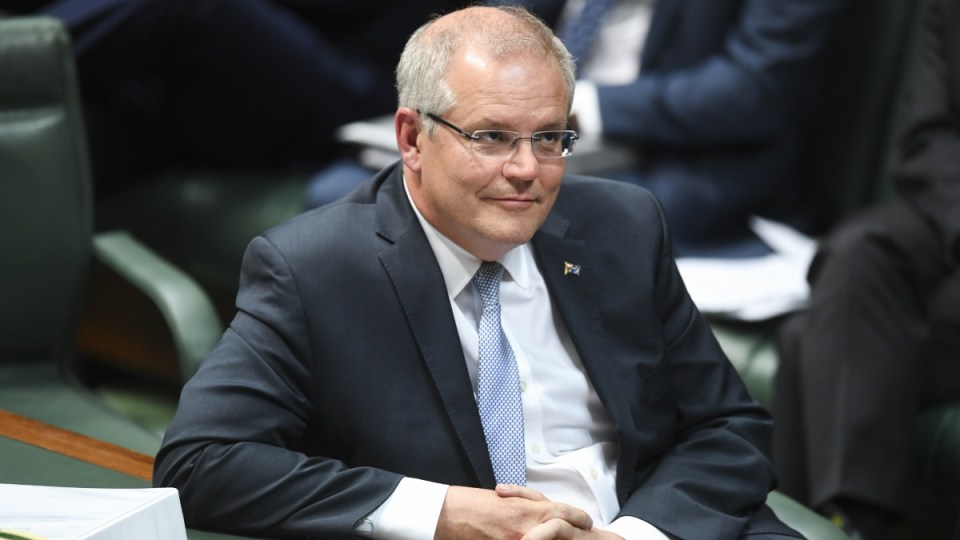 The Coalition stands to lose up to 19 seats based on the latest poll. Photo: AAP

The honeymoon looks to be over for Scott Morrison, with support for the Prime Minister and his coalition government slipping in the first Newspoll since the Wentworth by-election.

The slide in support comes as Wentworth’s new independent MP, Kerryn Phelps, accused the government of offering “false hope” to voters on progressive election issues during this month’s by-election.

Mr Morrison still leads Opposition Leader Bill Shorten as preferred prime minister 43 per cent to 35 but his lead has been whittled down to eight points.

The Prime Minister’s personal approval rating has fallen into negative territory, with 44 per cent of voters dissatisfied and 41 per cent satisfied with his performance.

The coalition’s primary vote is back where it was a month ago at 36 per cent, lower than the last Newspoll of Mr Turnbull’s tenure, and it trails Labor 46 to 54, the poll published in The Australian on Sunday night shows.

“These things will bounce around, and that’s the case for all politicians, but it just doesn’t distract me from the job I have,” Mr Morrison told K Rock 95.5 on Monday.

“You just get up and you hit it every day. You do the things you believe are important for the country everyday.”

The Greens’ primary vote has dropped to nine per cent, losing two points, while One Nation is still on six per cent.

Based on the latest poll, the government would lose up to 19 seats if an election was held today, not including Malcolm Turnbull’s former seat of Wentworth which suffered a dramatic 19 per cent swing away from the Liberals.

While the October 20 Wentworth by-election was dominated by anger over Mr Turnbull’s removal as leader, Australia’s offshore refugee processing regime also emerged as a key issue with voters.

Mr Morrison made it clear ahead of polling day that he was prepared to take up New Zealand’s long-standing offer to accept 150 refugees from Nauru and Manus Island provided Parliament passed a stalled bill that would ban any of them from ever entering Australia.

But the Prime Minister last week stepped back from that proposal, saying that resettling people in New Zealand had never been his preferred outcome.

Dr Phelps, whose win in Wentworth denied the government of its parliamentary majority, told Fairfax media in a story published Monday morning that the Morrison government broke commitments made to voters ahead of the Wentworth poll.

While conceding that more than a dozen seriously ill children had been evacuated to Australia over recent weeks for treatment, Dr Phelps said “another 52 children are still there and this is not something that can wait”.

“We could have made progress this week with the New Zealand solution, but the parties are too concerned to not back down on their position and make concessions,” she said.