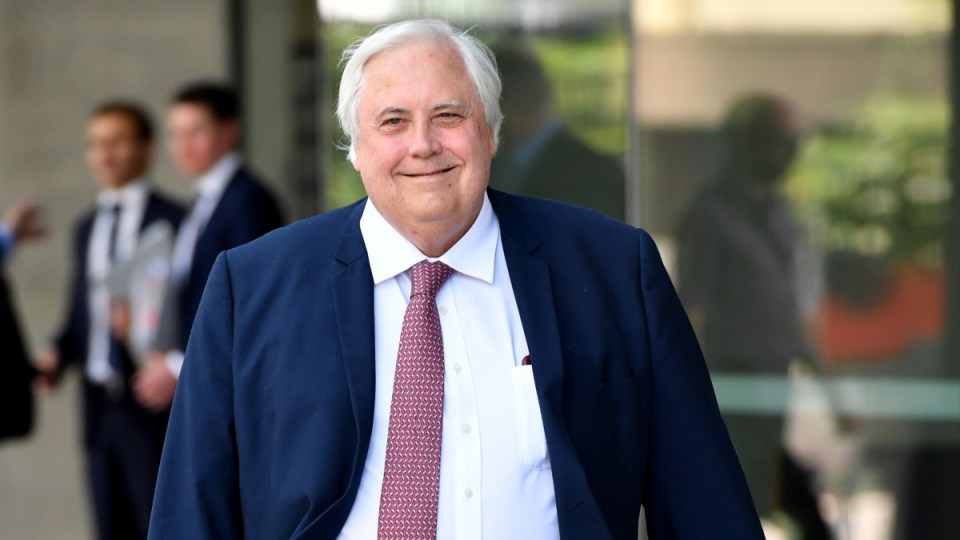 Clive Palmer claimed to have three former prime ministers under his United Australia Party in a flyer. Photo: AAP

Clive Palmer has sent out a clearly misleading political flyer, implying he has three former prime ministers in his new party’s ranks.

The billionaire has rebranded under the United Australia Party – the same name as the conservative party that was dissolved in the 1940s.

Former prime ministers Robert Menzies, Billy Hughes and Joseph Lyons were all members of the original United Australia Party at one time – though Mr Hughes led the party in opposition.

It hasn’t stopped Mr Palmer bizarrely claiming those Australian leaders for himself in a flyer under his official party letterhead sent out this week to some Queensland residents.

“The United Australia Party is a party of three former prime ministers of Australia who served in times of depression and war,” the flyer, supplied to The New Daily by a Queensland reader, stated.

“We believe in what they did – putting Australia first and making our country great.”

The party website also lists the prime ministers under its ‘About’ section.

A Townsville local said the flyer was put in his letterbox, in the suburb of Kirwan, on Tuesday.

It was written in the first person, signed by Mr Palmer and authorised by United Australia Party staffer James McDonald.

The New Daily called Mr McDonald and was referred to the party’s spokesperson, who was also contacted.

Mr McDonald has been Mr Palmer’s chief of staff and federal director of the United Australia Party.

He was also a marketing director of Blue Star Line, which has been working on the $700 million Titanic II project, and as a management consultant at Palmer Sea Reef golf course in Port Douglas, in far north Queensland.

Mr McDonald was a director of Queensland Nickel Sales, which collapsed in 2016.

He made a failed bid for a Queensland Senate spot in the 2016 federal election, and ran in the seat of Maroochydore in the 2015 state poll.

The flyer sent out this week criticised both major parties and urged: “Vote for the United Australia Party”.

Mr Palmer is preparing to field candidates in the upcoming federal election, which will be held in May 2019 at the latest.

He was elected to the seat of Fairfax in the Sunshine Coast at the 2013 election, under the former Palmer United Party (PUP) ticket.

Three senators were elected, but Glenn Lazarus and Jacqui Lambie both quit the party and sat as independents.

Mr Palmer did not seek re-election to Fairfax in 2016.

The party was rebranded this year as the United Australia Party. Senator Brian Burston is the party’s only representative in federal Parliament after defecting from Pauline Hanson’s One Nation.

Mr Palmer is pictured on bright yellow billboards across the country that read, “Make Australia Great”.